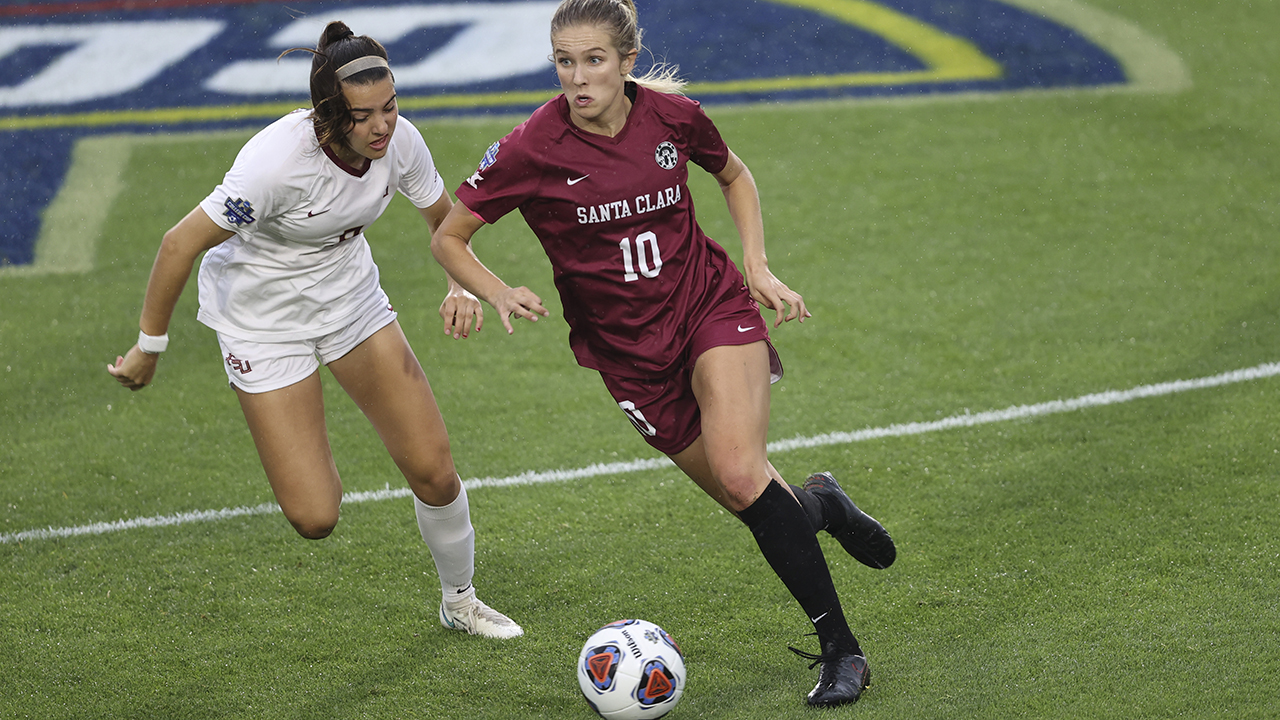 Santa Clara soccer star Kelsey Turnbow helped the Broncos win a national championship in the coronavirus-pandemic impacted 2020-21 season with a big score in the final match.

Before the 2021-22 season, Turnbow made another huge score – becoming an ambassador for the sleep enhancement company ChiliSleep as each of her teammates and coaches were able to use the company’s bed-cooling system to make sure they get a restful sleep before practices and matches.

Turnbow told FOX Business in a phone interview on Thursday that the product made a huge impact, especially while she tried to sleep in a dorm room without air-conditioning toward the end of the summer months when temperatures can still be scorching.

"I think sleep is definitely an underrated form of preparation for athletes. I was even unaware how impactful a good night’s sleep could be before utilizing ChiliSleep’s products. I was in a dorm room and it didn’t have air conditioning and I was actually just waking up hot and I couldn’t fall back asleep. I definitely think it was impacting my performance on the field in practice and in games," she said.

It's hard to argue with some of the results.

Turnbow’s 2020-21 season was played from February until May because of the coronavirus pandemic and the 2021-22 season started in August and ended in December. Essentially, Turnbow played in 33 total games with only three months of an offseason in between. She scored a total of 21 goals, with 16 assists, along with nine game-winners in that span.

She credited ChiliSleep with how she performed during the 2021-22 season.

"Once I started using ChiliSleep, I could sleep through the night. And I definitely saw my performance was increasing," she told FOX Business. "I felt so rested throughout the day. I felt energized and it definitely has been pivotal to my success and my team’s success as a whole. My whole team is partnered with ChiliSleep and they couldn’t speak more radiantly about the product."

Kelsey Turnbow was named the brand ambassador for ChiliSleep. (ChiliSleep)

Turnbow helped Santa Clara get back to national prominence in the collegiate soccer ranks. In the 2020-21 national championship against top-seeded Florida State, she helped the Broncos bring back a title to the school for the first time since 2001 and only for the second time in school history.

Turnbow’s season ended prematurely after the team lost in penalties to BYU in the College Cup semifinals.

The star forward will now turn her attention to preparing for her first National Women’s Soccer League season. She was initially selected by the Chicago Red Stars in the 2021 NWSL Draft but was traded to the expansion San Diego Wave FC earlier this month along with Katie Johnson and Makenzy Doniak.

Former U.S. national women’s soccer coach Jill Ellis is the president of the new club and spoke highly of Turnbow when the team first announced the trade.

"This is a deal that infuses our team with quality young talent and bolsters our attacking options," Ellis said in a statement. "Katie and Makenzy bring valuable NWSL seasoning to us, and Katie more so through her experiences on the international stage with Mexico. We hope Kelsey’s achievements at a top NCAA women’s soccer program such as Santa Clara translates to a promising professional career with us. We are excited to give Katie, Mankenzy and Kelsey fresh starts as pioneering members of Wave FC."

The inaugural season for Wave FC is set for 2022.