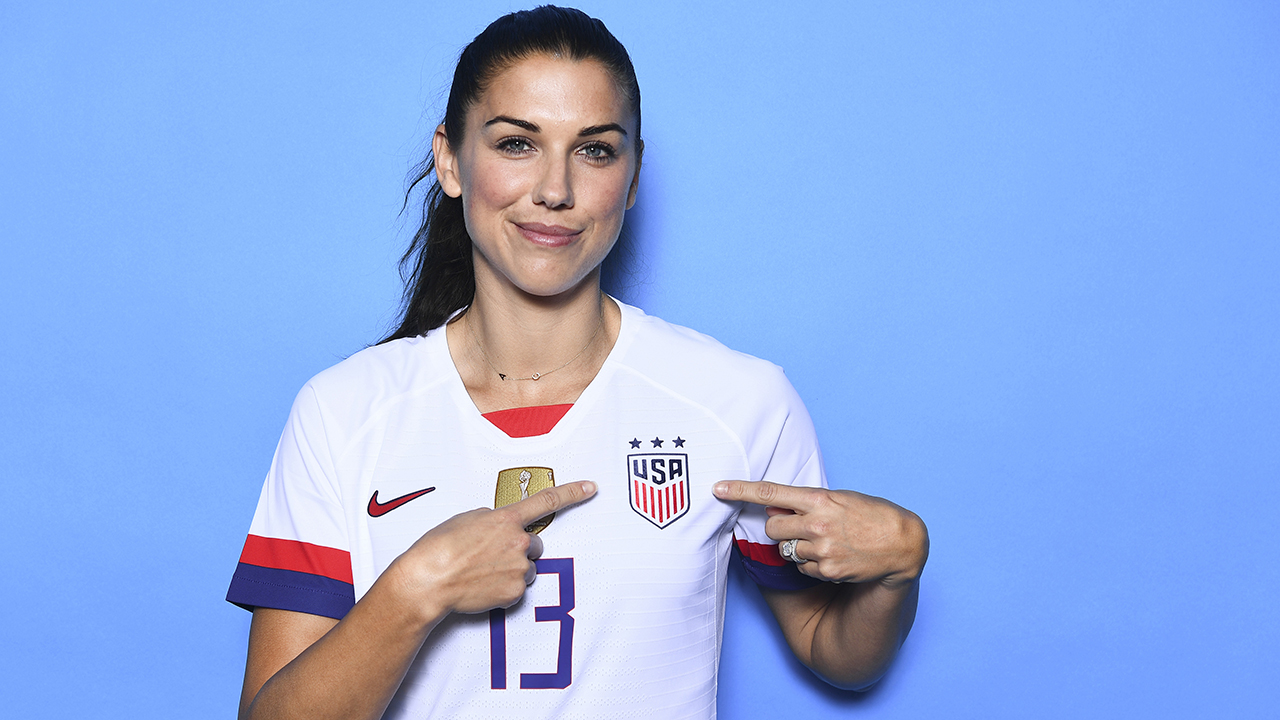 Alex Morgan is one of the most decorated soccer players in the sport.

With a gold medal and two World Cup championships to her name, the American soccer star is taking on a new challenge off the field: advocating for senior pet adoption.

Morgan told Fox Business in an interview Monday that pet adoption is vitally important to her and she partnered with Stella & Chewy’s to advocate for pet adoption as both of her dogs, Kona and Blue, were rescued from animal shelters.

Alex Morgan with her dogs Kona and Blue. (Stella & Chewy's)

“When I was approached about this campaign, immediately I was drawn to it. Just because of how incredibly easy Stella & Chewy’s is making it for people to adopt pets and senior pets – cats and dogs. There are so many cats and dogs in shelters right now that really need a home – need a loving home especially. It’s such a great campaign to be a part of and I hope that we make a lot more homes more loving with these rescue cats and dogs,” Morgan said.

Since November is considered to be National Adopt a Senior Pet Month, Stella & Chewy’s decided to cover the costs of adoption fees for senior pets rescued from shelters in the U.S. or Canada. If pet owners decide to buy a Stella & Chewy’s product, the customers will be able to sign a paw print to hang in their store.

Morgan explained to Fox Business why a potential dog owner should consider adopting a senior dog over getting a new puppy.

“A senior dog is typically a lot calmer and lower energy. Puppies are very high energy and as much as it is exciting, a lot of times for working people, it cannot always be matched,” she said. “But also senior dogs a lot of times are returned or left at the shelter by homes before. A lot of times they’re potty-trained, they’re self-sufficient, they walk well on the leash so there’s a lot of things that are [beneficial] about getting senior dogs.

“My dog Blue was actually a puppy when I adopted him and I love him with all my heart, but they did say he was going to be 60 pounds and he’s 110 pounds. But I love all 110 pounds of him. But adopting a senior dog you know exactly the size you’re gonna get.”

Morgan is currently in England rehabbing from a knee injury before she takes the field for Tottenham Hotspur. She told Fox Busines one of the toughest parts of the move from the U.S. was to leave her dogs behind.

“They’re actually back home right now with my husband and I think that it’s even harder not being with them right now because I spent the last 5 years, at least with my older dog Blue, and Charlie just really grew to love her dogs as well and so it’s been pretty difficult. But we will be reunited around Christmastime, so I’m really looking forward to that,” she said.

“But I think this was something I really needed to do for my future in the sport of soccer and as challenging as it is right now and as difficult as a decision as it was to decide to move across the world to play soccer in a different country, I kinda felt like it was the next step I needed to make.”

Morgan said she hopes to train with her Hotspur team later in the week.