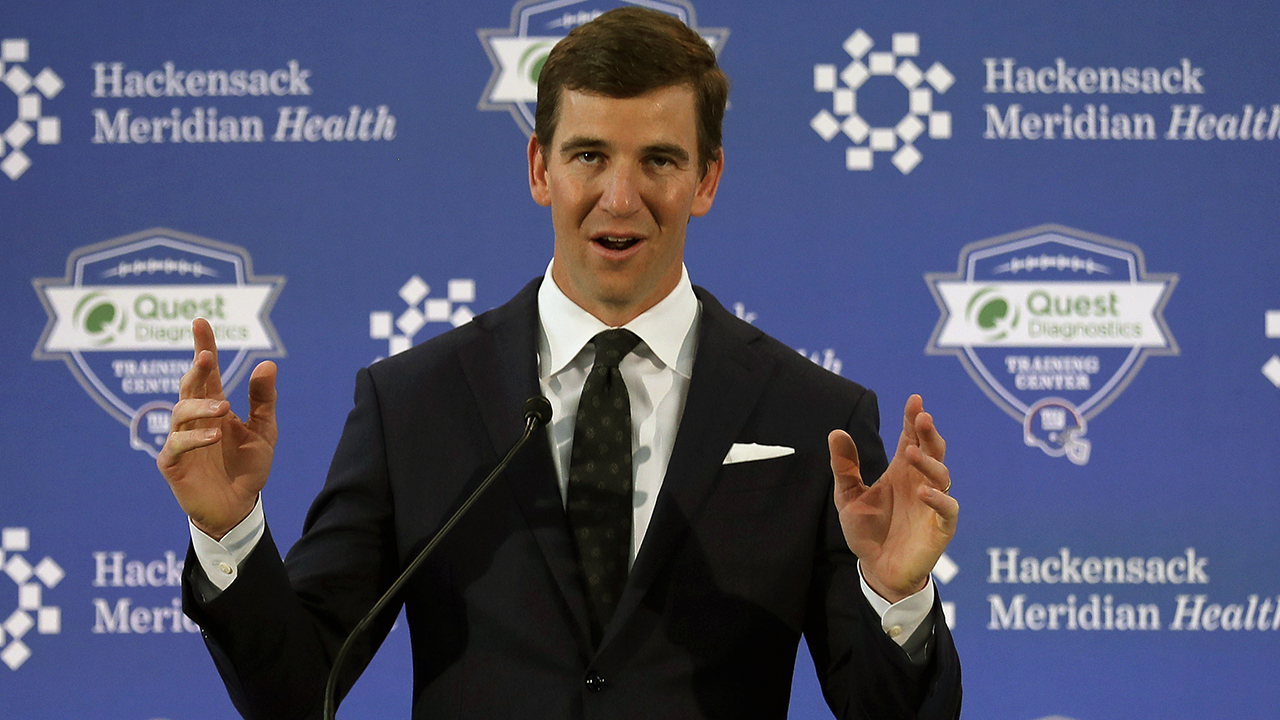 Eli Manning is back with the New York Giants.

Though he won’t be taking snaps for them as their quarterback, the two-time Super Bowl champion took a new role with the team Monday helping with business operations and fan engagement.

"For 16 seasons, Eli represented and defined what it meant to be a Giant and we are excited for him to join the business side of our front office," Giants CEO John Mara said in a statement. "Eli is one of the most beloved players in Giants history. We had a mutual interest in him returning to the organization and we’re thrilled to welcome him back."

Giants chairman Steve Tisch added: "We are proud Eli was our quarterback for so many years and now look forward to his next chapter as a Giant. Eli is the ultimate team player and will be a huge addition to the organization as we continue to elevate and strengthen our business operation."

Manning said he was excited to be back and was looking forward to staying close in the organization.

"I’m willing to do anything," he added. "But I’m focused on the business side with corporate partners and on community relations, which was always so important to me while I was playing here and is something, I’ve placed a high priority on throughout my life. I’m looking forward to seeing where I can make the most impact in helping the Giants achieve their business and community goals."

Manning will also have his jersey retired in the middle of the 2021 season. He wore the No. 10 since he made his NFL debut in 2004. He will be honored on Sept. 26 at MetLife Stadium.

He played 16 seasons in the NFL and recorded 57,023 passing yards and 366 touchdown passes. His Giants team pulled off some of the biggest Super Bowl upsets in history – both over the Tom Brady-led New England Patriots.