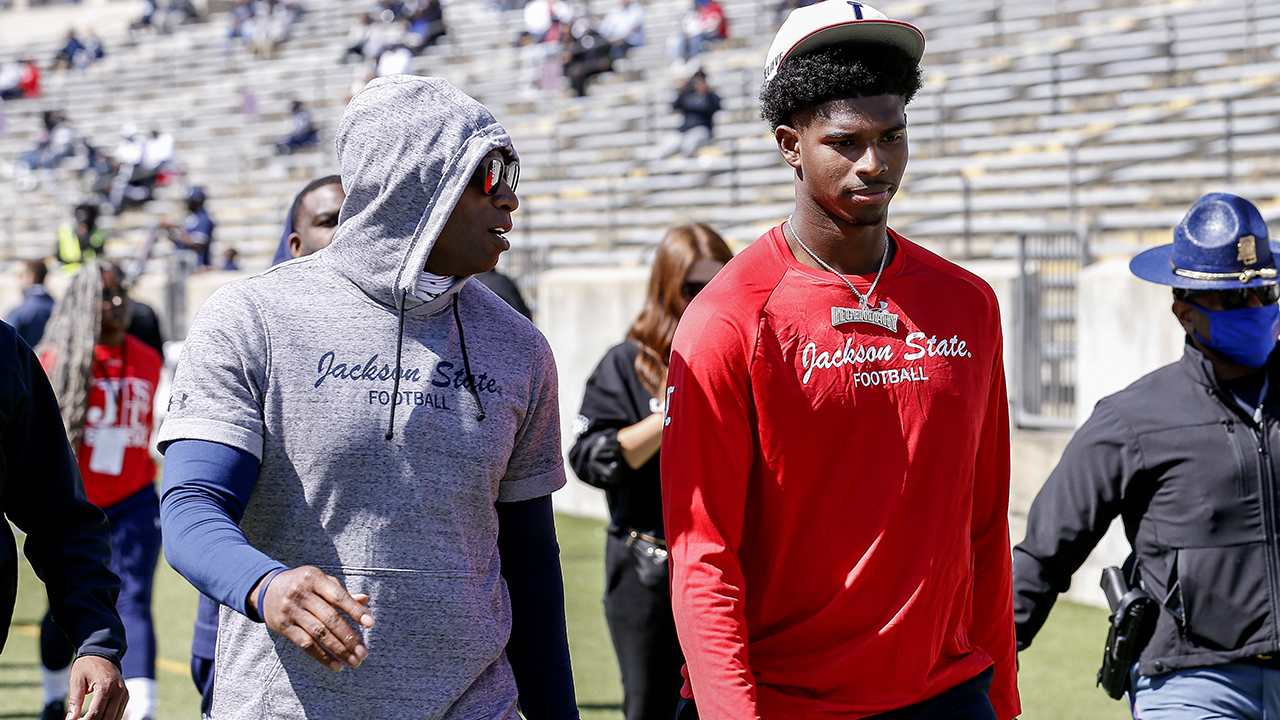 Surevest CEO Rob Luna praises the NCAA's decision to allow student-athletes to profit off their image, likeness on 'Making Money'

Beats by Dre inked its first name, image and likeness deal with a star NCAA quarterback on Wednesday.

The Dr. Dre-founded company signed Jackson State quarterback Shedeur Sanders to an endorsement deal. Sanders is the son of legendary NFL cornerback Deion Sanders who also happens to be the coach at Jackson State as well. The company made the announcement in a tweet.

"Welcome to the Beats family, @ShedeurSanders. This is the beginning of something legendary."

"I’m my own brand. Everyone is. The choices I make, they matter," Sanders said in the commercial.

OHIO STATE'S QUINN EWERS RACKS UP ANOTHER NIL DEAL WITHOUT PLAYING A DOWN: REPORTS

"I’ve never been a follower. I chose to bring my talents to Jackson State to help level the playing field. This one, is for the culture. For my people. For the fans … for the Boom. This is what a quarterback does … takes a culture and amplifies it. Choices make legends. "

"My son @ShedeurSanders is elated to endorse @beatsbydre and he’s just getting started. God bless @SMAC @conschwartz for doing what u do," he tweeted.

Shedeur Sanders is a freshman and is expected to be starter in his father’s season as the Tigers’ head coach. The team gets started Sunday against Florida A&M. Jackson State was 4-3 last season.