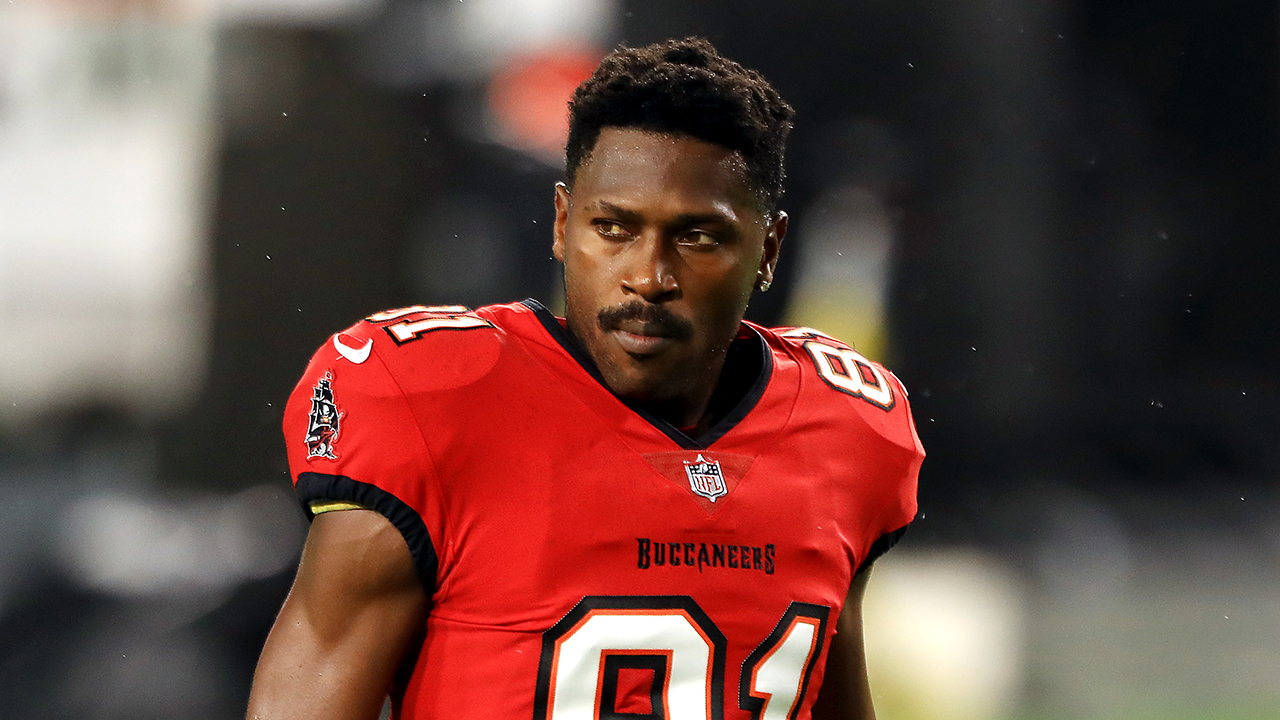 Antonio Brown was not the same electrifying player he was after he signed with the Tampa Bay Buccaneers and that’s mostly because the team is loaded at the wide receiver position.

Brown joined the Buccaneers during the season amid an eight-game suspension for violating the NFL’s conduct policy. He faces a civil lawsuit over rape and sexual assault allegations and was arrested last year for an incident involving a truck driver at his Florida home.

Brown re-joined Tom Brady when he signed an incentive-laden 1-year, $1.6 million contract. The deal included a base salary of $750,000 and a $250,000 roster bonus. It also came with Super Bowl bonuses.

According to Pro Football Talk, Brown’s incentive will kick in if he played 35% of snaps and the Buccaneers defeat the Kansas City Chiefs in Super Bowl LV on Feb. 7. Even if he doesn’t play in the Super Bowl, he will still be able to receive the extra cash.

Antonio Brown #81 of the Tampa Bay Buccaneers looks on before the game against the New Orleans Saints at Raymond James Stadium on November 08, 2020 in Tampa, Florida. (Photo by Mike Ehrmann/Getty Images)

Brown missed the NFC Championship with a knee injury suffered in the divisional-round win against the New Orleans Saints. Pro Football Talk reported that Brown has already achieved the 35% of snaps mark.

PATRICK MAHOMES HAS HIGHEST AVERAGE NFL SALARY AMONG QBS: WHO ELSE IS ON THE LIST?

The veteran wide receiver already earned $250,000 for playing eight games in the regular season and another $250,000 for recording 45 receptions during the season.

He totaled 45 catches for 483 yards and four touchdowns.

Brown might be able to use the extra money. TMZ Sports reported last month he was ordered to pay $100,000 to the woman who accused him of rape and sexual assault for violating a confidentiality agreement that was signed as part of settlement negotiations. He reportedly filed a request for the ruling to be vacated.