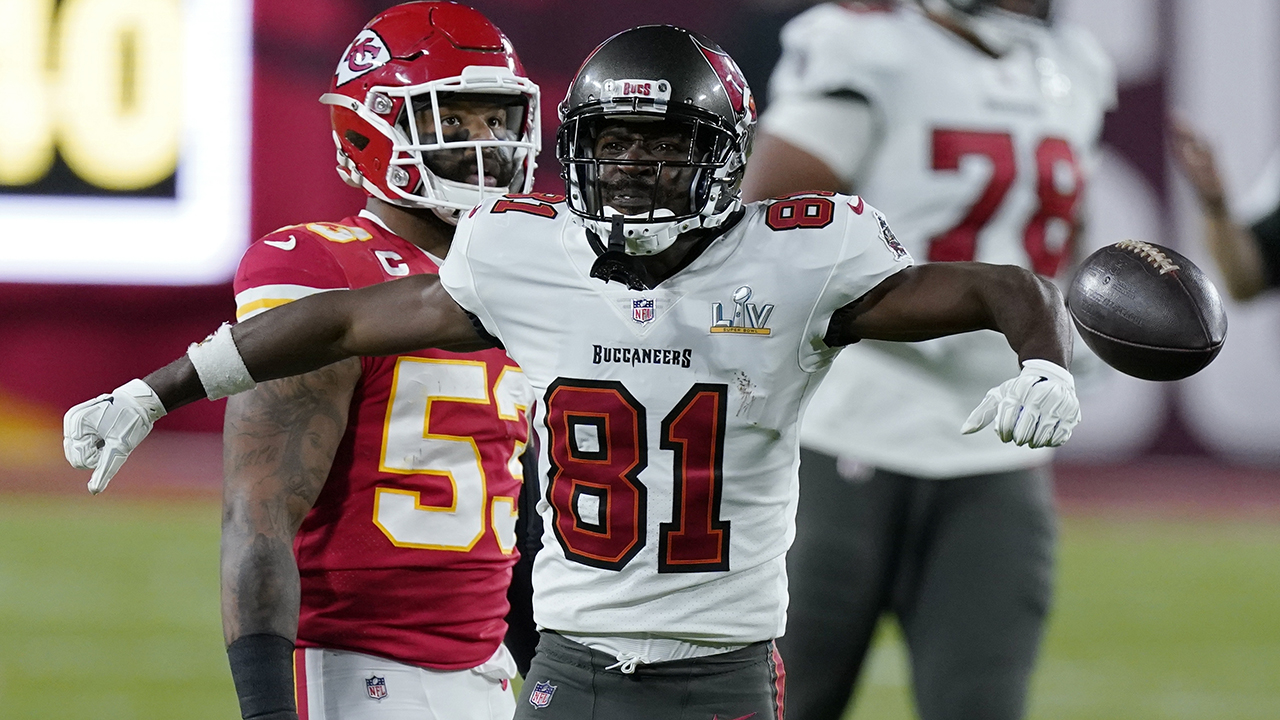 Antonio Brown’s contributions in Super Bowl LV helped the Tampa Bay Buccaneers pick up the victory over the Kansas City Chiefs and earned himself an extra payday as well.

Brown had five catches for 22 yards and a touchdown in the game. He was questionable to play as he dealt with a lingering injury he suffered during the Bucs’ divisional-round win against the New Orleans Saints, but was active for game and his presence was certainly felt.

The Buccaneers’ 31-9 win helped pad Brown’s pocket. Because the team won, Pro Football Talk reported that Brown gets an extra $750,000 for the win. Brown needed to play 35% of the snaps during the 2020 season.

The veteran wide receiver already earned $250,000 for playing eight games in the regular season and another $250,000 for recording 45 receptions during the season.

He totaled 45 catches for 483 yards and four touchdowns.

Brown might be able to use the extra money. TMZ Sports reported last month he was ordered to pay $100,000 to the woman who accused him of rape and sexual assault for violating a confidentiality agreement that was signed as part of settlement negotiations.

He reportedly filed a request for the ruling to be vacated.