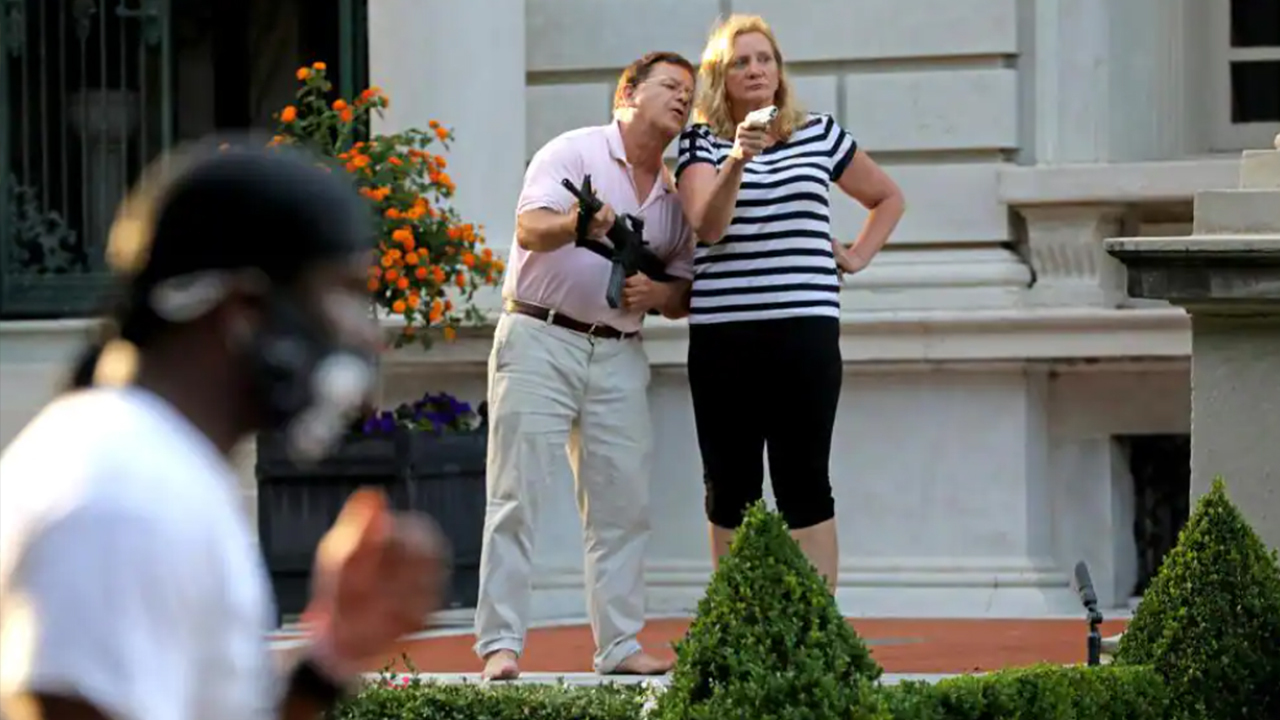 St. Louis gun-wielding lawyer may run for Senate to fight ‘erosion of our constitutional rights’

Mark McCloskey, of McCloskey Law Center, explains his motivation for considering running for Senate in 2022.

Wyoming roofing company Wiggins Construction LLC is offering customers a free AR-15 rifle with every purchase of a roof installation.

The red state is home to one of the least restrictive firearm laws in the country. You don't need a state permit is not required to purchase or transfer a rifle, shotgun or handgun.

The special promotion, launched on April 12, started after Matt Thomas, the company's marketing and customer relations director, asked owner Josh Wiggins about giving customers a free AR-15 instead of a thank you card.

The construction company consulted with a lawyer to ensure the promotion adhered to federal laws.

Customers must prove they are at least 21 years of age, have not been a convicted felon and acknowledge that they will abide by state and federal gun laws.

Wiggins Construction logs the gun's serial number and submits a transfer ownership form. The gun will then belong to the customer.

Thomas told FOX Business on Sunday that, since the promotion, Wiggins Construction has received over 120 bids from customers across the state interested in a roof installation.

According to Thomas, the average price for an installation can range between $7,000 and $25,000 for a home, depending on the size and materials used for the roof installation. The AR-15's run the company about $599 each.

However, the advertisement has also prompted backlash from some critics.

Thomas said that Wiggins Construction has received calls, including from its insurance company, blasting them for not conducting federal firearms licensees (FFL) background checks, which Thomas argues is not required by law. The company has also been called "baby killers" and received death threats for running the promotion, but Thomas said that those comments have mostly come from people who aren't living in the state.

Wiggins construction has notified the appropriate authorities about the death threats.

"It’s come to our attention that people are saying that we don’t respect life and we don’t want life preserved and we want life taken. That is completely false," Thomas said in a Facebook Live video. "So if you don’t want a gun with your roof, that’s completely fine."

Customers who choose not to receive an AR-15 can make an $800 donation in either their own or the company's name, which will be given to the Serenity House of Park County.

"Serenity House is a faith-based program for women who are pregnant and looking for kind of just options and someone to help them walk them through their pregnancy," Thomas added. "Someone that is going to help them preserve life and, if they are not ready to be a mother, adoption or foster care options and stuff like that."

Thomas noted the alternative is "taking a stance against the murder of 3,000 babies every single day by Planned Parenthood."

Thomas emphasized that the company never intended to attract national attention with the promotion, which is only available to individuals who live in Wyoming.

"We're just doing it as a thank you to the people of Wyoming," he said.

Thomas added that it "shouldn't be a shock to people across the nation that you can actually own a gun."

"Our governor isn't shocked by this. Our local police department, they're not coming knocking on the door saying, hey, why are you guys doing a promotion with guns? It's legal here," Thomas said. "If you don't like what's being done in your state then get out and vote, change it."

The promotion will run through the end of the year.