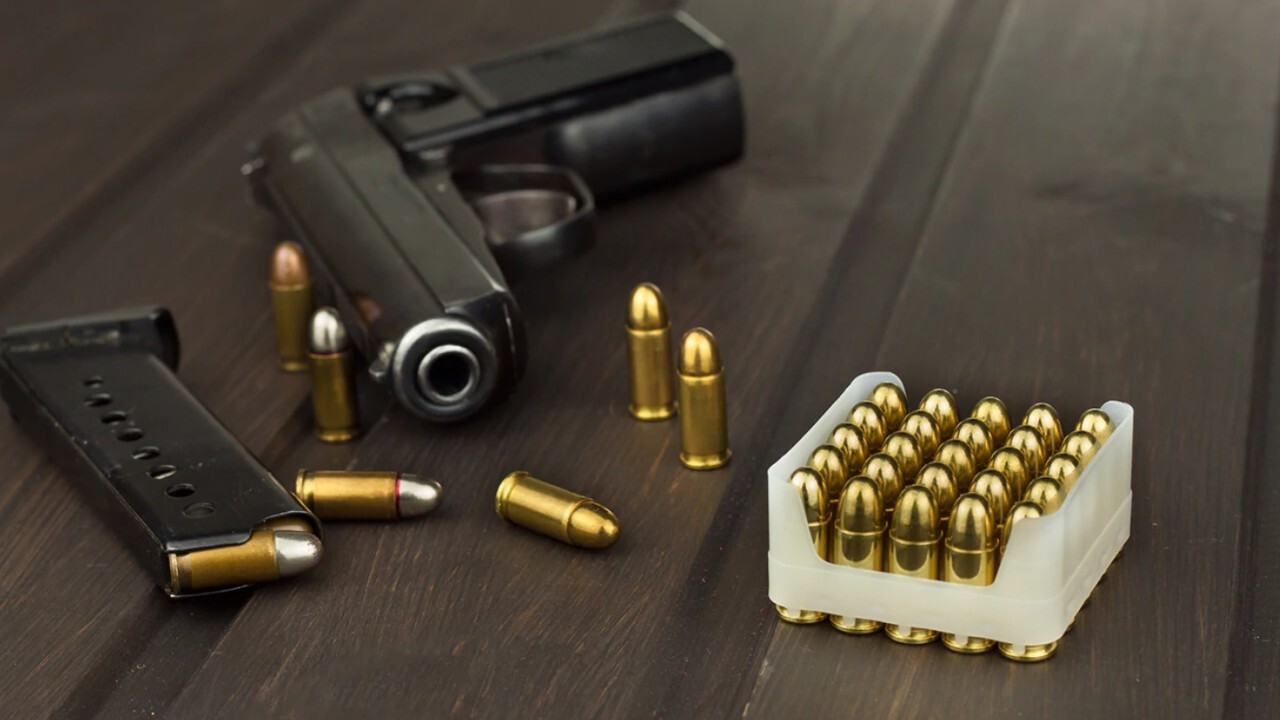 Gun stores struggling to keep up with booming demand

Scammers are increasingly targeting people seeking to buy ammunition and other gun accessories as ammo is in short supply and the market is flooded with first-time firearms buyers, according to hunting and shooting sports forum GoWild.

GoWild, a social media platform created for outdoor sports and shooting enthusiasts, issued a warning to its community earlier this month: "Scammers are aiming for your ammo purchases."

"If you're a scammer, this is a great ploy, right? Because you have 8.4 million new people who don't have loyalty," Luttrell told FOX Business when reached by phone. "They don't know what an ammo store should look like. And they haven't bought online before."

Making matters worse are reports of ammo shortages amid record gun sales over the past year, according to Luttrell and monthly gun sales reports.

A hunter fires during a sighting in and test-firing of shotguns and rifles in a safe environment for the upcoming deer hunting season at the Illinois State Police firing range in Joliet, Illinois, November 12, 2011. (REUTERS/Jeff Haynes / Reuters)

"We just kind of recognize that all of these things come together," he continued.

Hunters have begun stockpiling ammunition earlier than usual because, as Luttrell explained, "people now are afraid they're not going to find ammunition to hunt with."

"When something is scarce, you feel like you need to stock up on it," Luttrell continued. "So, it all kind of feeds itself and unfortunately, these scammers have recognized that this panic buying is happening. And really it's just ripe for what's going on because it's a high-dollar item."

GoWild has recently seen "record amount of firearms scammers focusing on gun accessories," according to a company press release from April 6.

Zack Grimes, GoWild’s co-founder and president, reiterated much of Luttrell’s concerns in a statement at that time, writing: "With gun sales at an all-time high and ammunition in short supply, scammers see a rich opportunity."

FILE - In this April 25, 2019, file photo, a man looks at cases of firearms in the halls of the Indianapolis Convention Center where the National Rifle Association will be holding its 148th annual meeting in Indianapolis. The number of background che

"Buying ammo online is safe if you’re working with a known reputable company – I do it all the time. But these scammers are taking advantage of millions of new gun owners and even some longtime firearms owners," Grimes said.

Scammers appear to be operating from outside the country and are using fake business names, as well as "creating fake logos, addresses and websites to pose as legitimate companies," the press release states.

Luttrell told FOX Business he has personally reported to the Bureau of Alcohol, Tobacco, Firearms and Explosives at least two scammer sites that he has found. The ATF did not respond to FOX Business’ requests seeking comment and information regarding ammunition and gun scams.

GoWild asks users to be wary of deals that appear too good to be true and suggests they do not move the conversation to another social media platform. It encourages its community members to pause when asked to pay for products using payment apps, such as Venmo, Zelle or CashApp, and for users to dig deeper into the business’ background and website security indicators.