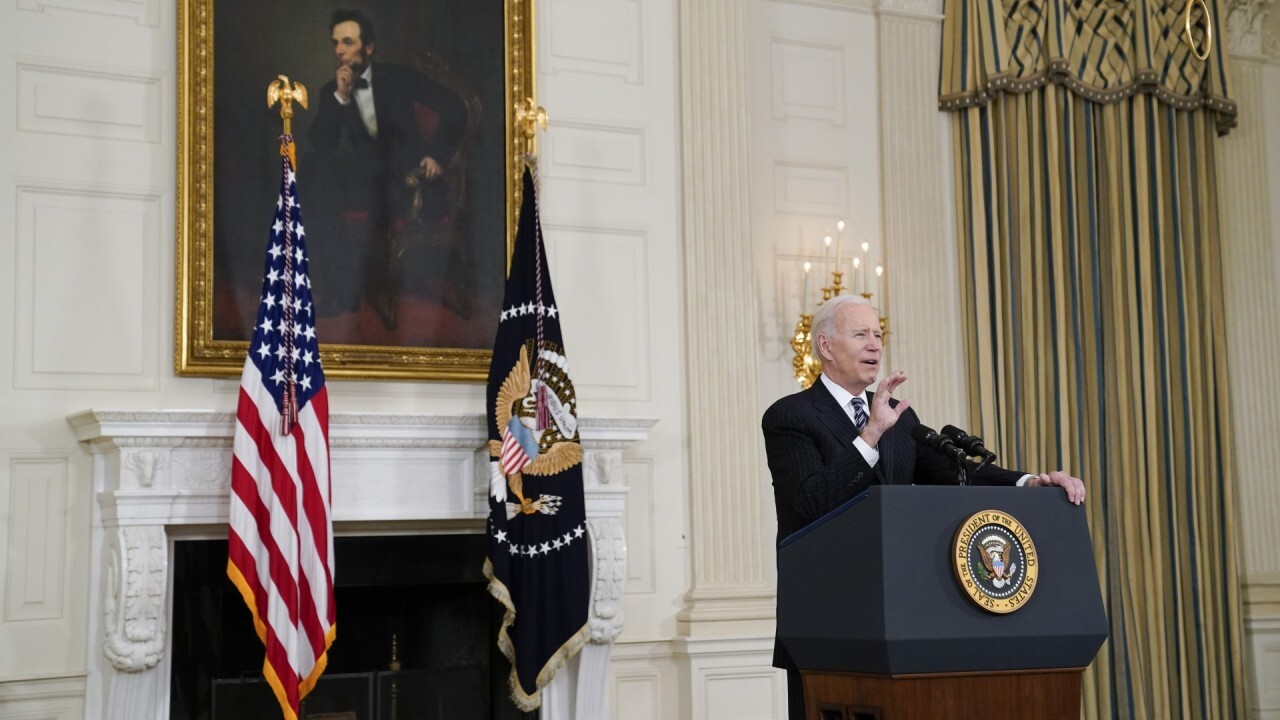 This is Job Creation Rule #1: businesses invest in growth and hiring when they can forecast a profit. But that’s hard to do when the Biden administration’s message to American businesses boils down to: "We’re going to increase your labor and energy costs, unionize your business, and then over-regulate and over-tax you."

That message will not inspire businesses to create the millions of jobs required to reach the Biden administration’s goal of full employment.

Nonetheless, the forecasts are extremely optimistic. On the heels of Democrats passing their $1.9 trillion "stimulus" bill, the Federal Open Market Committee is forecasting a drop in the current 6% unemployment rate to 4.5% by year-end, and  3.9% in 2022. The Biden administration has similarly argued that this legislation would get us "back to full employment" (an unemployment rate between 4% and 4.5%) by late next year.

CUOMO'S NY LEADING THE COUNTRY IN SMALL-BUSINESS CLOSURES, ACCORDING TO FACEBOOK'S DATA

So, once more people start reentering the labor force, reducing the unemployment rate to the 4.5% range is going to take a lot of jobs. Coming out of the last recession, small businesses created nearly two-thirds of all new private-sector jobs. But these are the businesses that were hit hardest by the pandemic’s economic lockdowns and they will need to hire (or rehire) enthusiastically for the labor market to hit full employment. What the Biden administration is signaling to those businesses is extremely important.

Let’s take a look at that message.

The Democrats are clearly committed to increasing labor costs. While they failed to get a $15 minimum wage in their "stimulus" bill, they haven’t given up. As Rep. Ro Khanna, D-Calif., recently stated, Democrats "need to pass a $15 minimum wage by the end of the year, [and] it has to be part of must-pass legislation." Even if their efforts ultimately fail, an entrepreneur considering whether to rebuild a struggling business must factor in the very real possibility of a $15 entry-level wage.

Small businesses also know that energy costs will increase as the Biden administration ramps up its war on carbon fuels, including the cancellation of the Keystone XL oil pipeline and suspending the issuance of oil and gas permits on federal lands. This will mean increased transportation, heating and cooling costs, not to mention increased prices at the pump reducing consumers’ spendable cash.

Then there’s the Democrats' push to unionize small businesses, further driving up labor costs. The Democrat-controlled House has already passed the PRO Act, which, among other things, would expand the "joint employer" doctrine making it easier to unionize hundreds of thousands of small, franchised businesses by deeming franchisors "joint employers" of their franchisees’ employees.

The Biden administration isn’t waiting for Congress on this one. The Department of Labor has already moved to expand the "joint employer" definition.

How about the anticipated deluge of unfriendly business regulations? To implement Green New Deal policies alone, small businesses are looking at a regulatory onslaught. It’s not like the Biden administration has been shy about it.

As tweeted by NBC News White House correspondent Geoff Bennett, "It’s striking how much of Biden’s climate executive actions reflect major elements of the Green New Deal." Rep. Alexandria Ocasio-Cortez, D-N.Y., tweeted in reply, "It’s almost as if we helped shape the platform." Indeed, it is.

Finally, there are the tax increases. The Biden administration hasn’t been shy here either. Treasury Secretary Janet Yellin recently acknowledged that tax rates could increase on corporations, individuals, capital gains and dividends. It appears that Biden’s proposed infrastructure bill will result in $3.5 trillion in additional taxes. The tax hikes are coming and small business owners know their customers will have less to spend and that a good chunk of any profits they manage to earn will go to the taxman.

On the positive side, the labor market undoubtedly will improve as we emerge from the pandemic regardless of the Democrats’ business discouraging policies. The combination of pent-up demand and consumers flush with cash from government largesse will positively impact both sales and profits – for a while.

But America’s small business owners are well aware that, at some point, they will have to operate in a more normalized environment. They are also smart enough to know that investing in growth based on a temporary government spending sugar high would result in failure.

Better to take any profits while the government largesse lasts – and save them. Unfortunately, absent small businesses investing those profits in growth, we are unlikely to see full employment anytime soon.