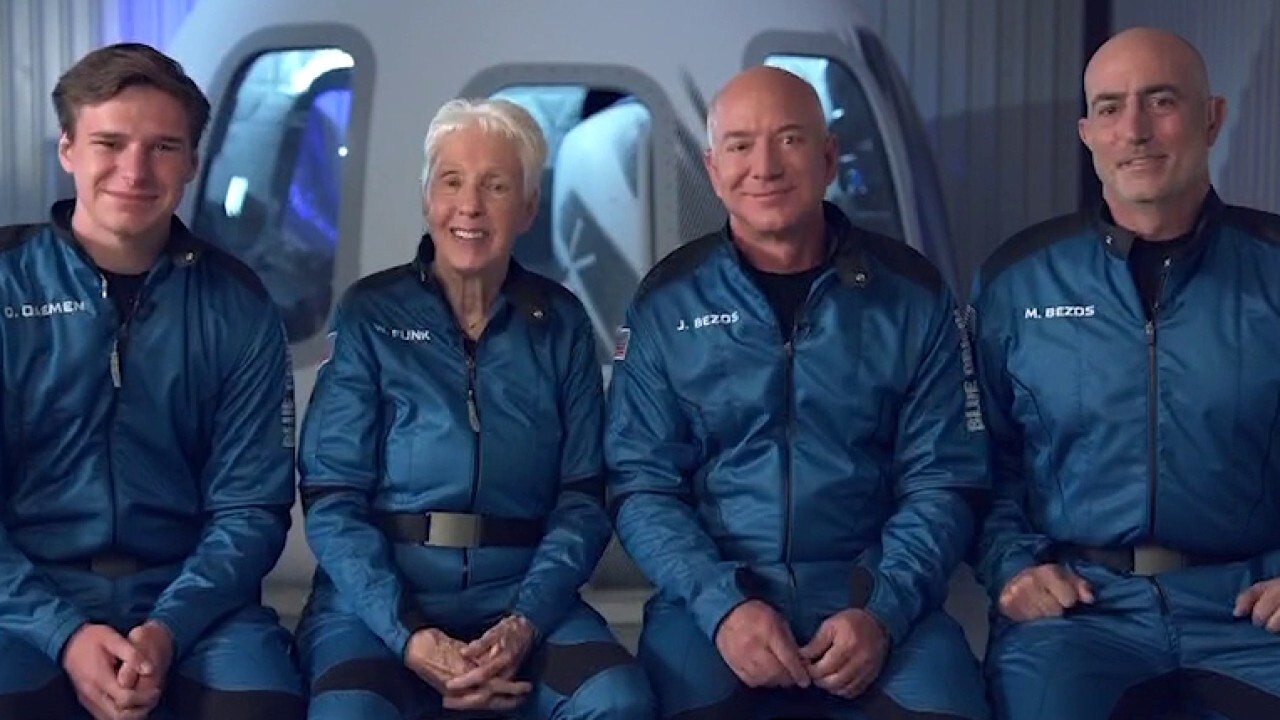 Blue Origin founder Jeff Bezos spoke with FOX Business’ Neil Cavuto ahead of his trip on the aerospace company’s New Shepard rocket for its first-ever crewed launch, noting that he feels ‘very good’ about the adventure.

The job growth and presumably high incomes at aerospace giants like Elon Musk's SpaceX and Jeff Bezos' Blue Origin have the potential to boost average median real estate prices around their hub locations in the South and West regions over the long term, according to the National Association of Realtors.

SpaceX, founded in 2002, broke ground in Cameron County, Texas on its Boca Chica launch site in September 2014, according to Space.com. By April 2019, the Brownsville, Texas-based facility began testing for the company's Starship vehicle, which is looking to transport passengers to Mars as early as 2024. SpaceX has also leased a launch pad at Vandenberg Air Force Base in Santa Barbara County, California.

Blue Origin, founded in 2000, conducted the first flight test of its New Shepard program from its Van Horn, Texas-based Launch Site One facility in Culberson County in November 2006. Blue Origin is slated for its first crewed mission on July 20 with Bezos himself on board.

Virgin Galactic, founded in 2004, has also ramped up testing for suborbital spaceflight at Mojave Air and Space Port in Kern County, California, which officially became designated as a spaceport that same year, and Spaceport America in Sierra County, New Mexico, which conducted its first official launch in September 2006.

Though Yun acknowledges the potential long-term benefits of space companies hubs on their local housing markets, he emphasized that those smaller communities have an easier time building homes and meeting increased demand, unlike bigger cities.

"Therefore, home prices in the local area will not necessarily experience a sudden surge, even as homebuilders construct more homes of large and expensive kind in the outlying areas," Yun said.

Redfin chief economist Daryl Fairweather told FOX Business that the abundance of land surrounding the SpaceX, Virgin Galactic and Blue Origin hubs will likely allow home prices to stay relatively stable even as the population of high earners around them grows.

The unadjusted median sale price for houses sold in the U.S. currently stands at $347,500 as of the first quarter of 2021, just below its record high of $358,700 in the previous quarter, according to data shared by the St. Louis Federal Reserve.