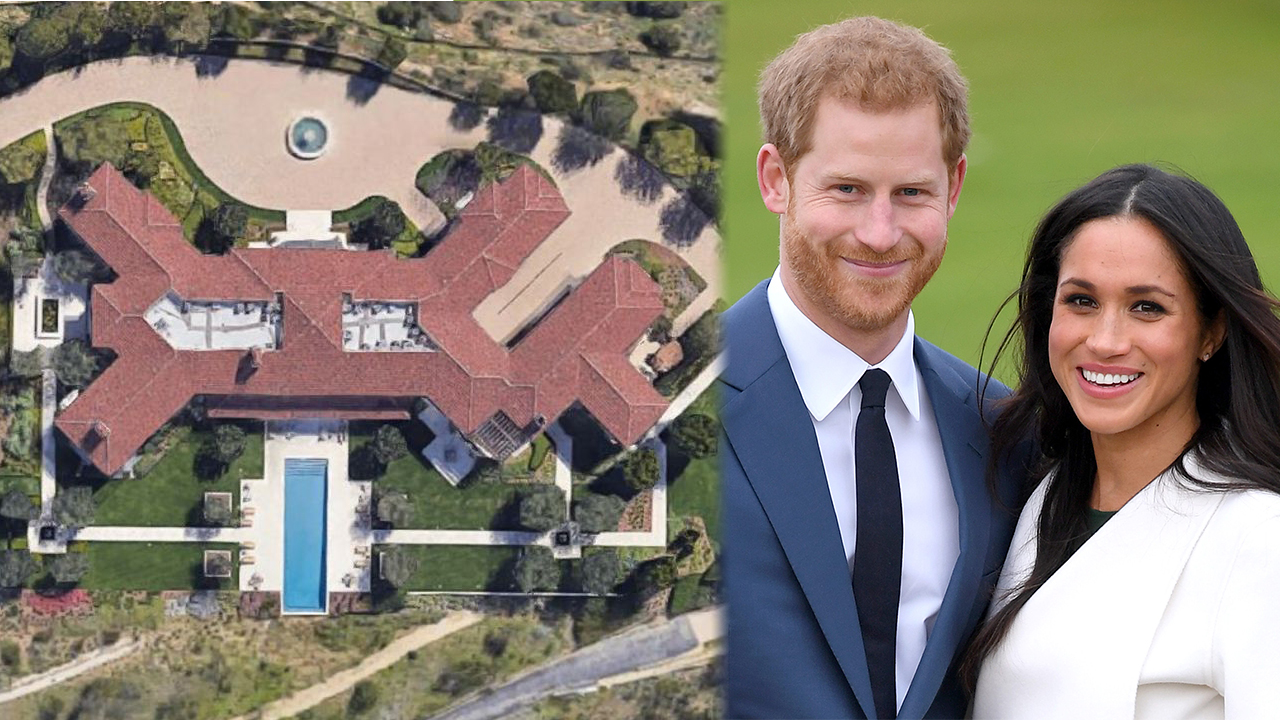 Meghan Markle and Prince Harry have been staying in a huge Beverly Hills mansion that belongs to actor and moviemaker Tyler Perry since they moved to California in March, DailyMail.com reported.

The formerly-royal couple met Perry through mutual friend Oprah Winfrey according to the report, which cited unidentified sources.

The secluded home is located on an 828,000-square-foot property at the rear of Beverly Ridge Estates, an exclusive guard-gated community that offers lots of privacy for the sought-after couple and their son Archie.

The gated entrance to the Beverly Ridge Estates is guarded. (Google Maps)

They’ve got plenty of room to spread out in the luxurious home. The 24,545-square-foot house includes eight bedrooms and 12 bathrooms, according to property records.

Whether this is a temporary stay or a permanent one remains to be seen. A change of hands for the property hasn’t been recorded since 2004, when it sold for $4.3 million. The house was built in 2012 and today the whole property is worth $18.29 million, according to the county assessor.

Tyler Perry arrives at the grand opening of Tyler Perry Studios on Saturday, Oct. 5, 2019, in Atlanta. (Photo by Elijah Nouvelage/Invision/AP)

That would put the property within the couple’s apparent house budget, which the New York Post reported was between $15 million and $20 million.

Britain's Prince Harry and Meghan, Duchess of Sussex arrive at the Royal Albert Hall in London, Saturday March 7, 2020, to attend the Mountbatten Festival of Music. (Simon Dawson/Pool via AP)

There are just 14 homes in the private community, real estate agent Rochelle Maize told DailyMail.com. If Markle and Prince Harry are renting, the price is likely somewhere between $20,000 and $40,000, as that’s what’s she said is typical for the small, swanky neighborhood.