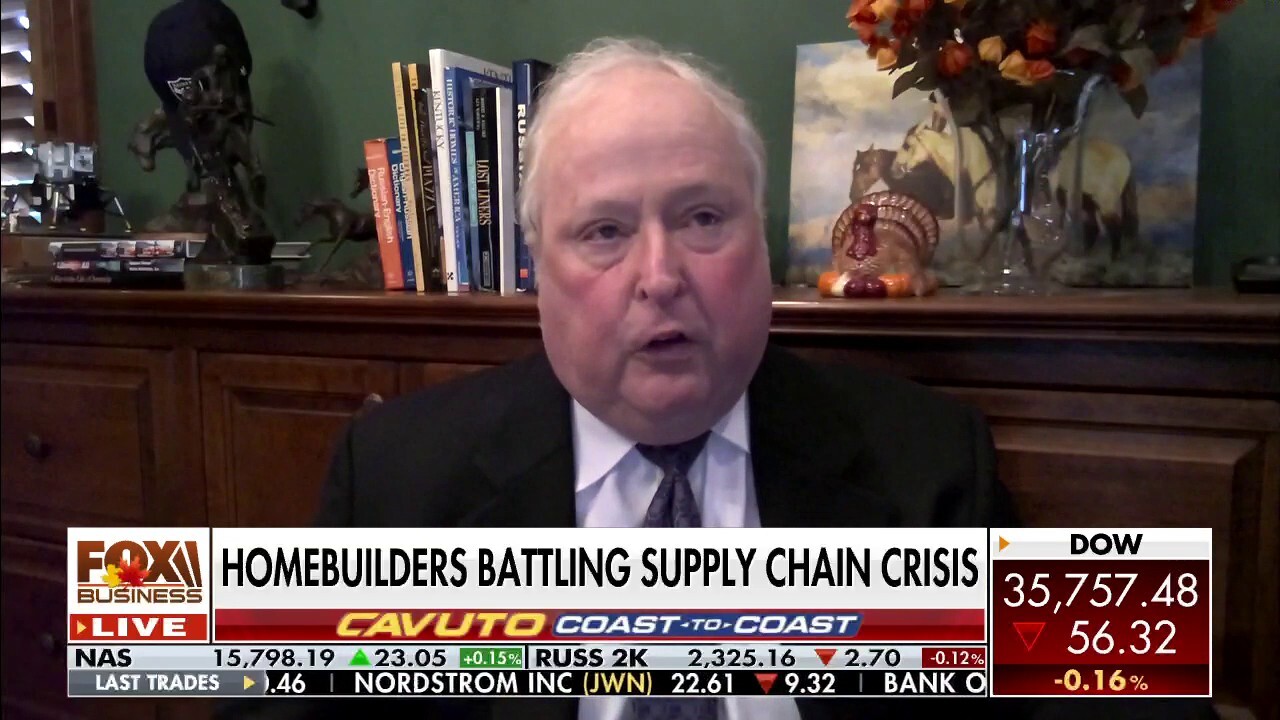 National Association of Home Builders CEO Jerry Howard weighs in on the supply chain and labor shortages in the real estate market and how it impacts consumers.

Home prices have started to show signs of easing up as the S&P CoreLogic Case-Shiller national home price index rose 19.5% year-over-year in September, down from 19.8% the previous month.

"If I had to choose only one word to describe September 2021′s housing price data, the word would be ‘deceleration.’ Housing prices continued to show remarkable strength in September, though the pace of price increases declined slightly," S&P Dow Jones Indices managing director Craig Lazzara said in a statement. "The strength in the U.S. housing market is being driven by households’ reaction to the Covid pandemic, as potential buyers move from urban apartments to suburban homes."

The latest home price data comes as existing home sales rose 0.8% in October to a seasonally adjusted rate of 6.34 million units, the fastest pace since January, while pending home sales, which tracks the number of homes that are under contract to be sold, rose 7.5% to a reading of 125.2 in October.

Total housing inventory remains low, falling 0.8% month-over-month and 12% year-over-year in October to 1.25 million units. Unsold inventory, which is at a 2.4-month supply at the current sales pace, remains unchanged from the previous month and is down from 2.5 months a year ago.

Though the housing market is expected to remain robust, National Association of Realtors chief economist Lawrence Yun predicts home prices will rise at a gentler pace over the course of the next several months and expects milder demand as mortgage rates increase. The average rate on a 30-year fixed-rate mortgage was 3.1% as of Nov. 24, according to Freddie Mac.