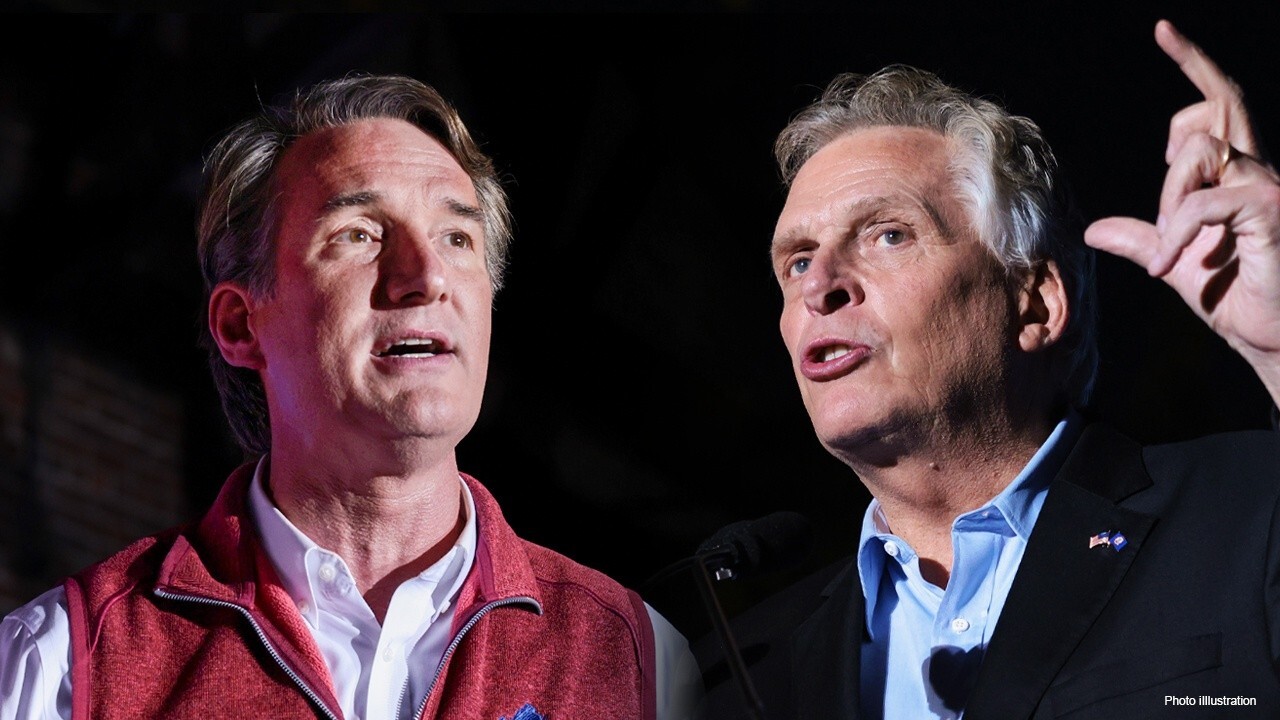 Youngkin has the ‘closing momentum’ in Virginia's race for governor: Bob Cusack

The Hill Editor-in-Chief Bob Cusack weighs in on the Virginia governor’s race and in the president’s popularity.

The tight race between Virginia Republican gubernatorial candidate Glenn Youngkin and Democrat Terry McAuliffe has become largely about education, but the GOP candidate says it is also about "kitchen table issues" like lowering taxes and boosting job growth.

Youngkin joined Fox News' "America's Newsroom" on Tuesday as Virginia voters headed to the polls, and reminded citizens of the commonwealth what he stands for. McAuliffe declined an invitation to appear on the program.

When asked about what he believes is the defining issue in the race, Youngkin said. "Well, it has to be education. I mean, my opponent clearly stated that he doesn't think that parents should have a role in their children's education and the government should be put between parents and their children…and I'm on the side of parents and children and teachers, and I think this is this has become the big issue in this race."

"But it also just gets back to kitchen table issues," Youngkin continued. "Low taxes. Communities that have less crime. We need a job market that's growing and not stalled out. And of course, we need our kids to have great schools and it's these local issues."

Youngkin, the former co-CEO of private equity firm The Carlyle Group, wants to suspend Virginia's recent tax hike for a year and do away with its grocery tax altogether. He also wants to cut income taxes and require that any property tax hikes must be approved by voters.

The Republican aims to add 400,000 jobs and 10,000 start-ups in Virginia by cutting regulations and making the commonwealth "the easiest state to start a business."

McAuliffe, who was previously governor of Virginia from 2014 to 2018, touted his own plans for revitalizing Virginia's economy on Tuesday, telling supporters, "I’ve done this job before. I was the most pro-business pro-progressive. I made this state open and welcoming, created a lot of jobs. We do not want to go back."

The Democrat's vision is to build a more "equitable" economy for Virginia according to his campaign website, where he calls for raising the minimum wage in the commonwealth, and "support our workforce with access to paid sick days, COVID-19 vaccines, affordable child care and hazard pay."