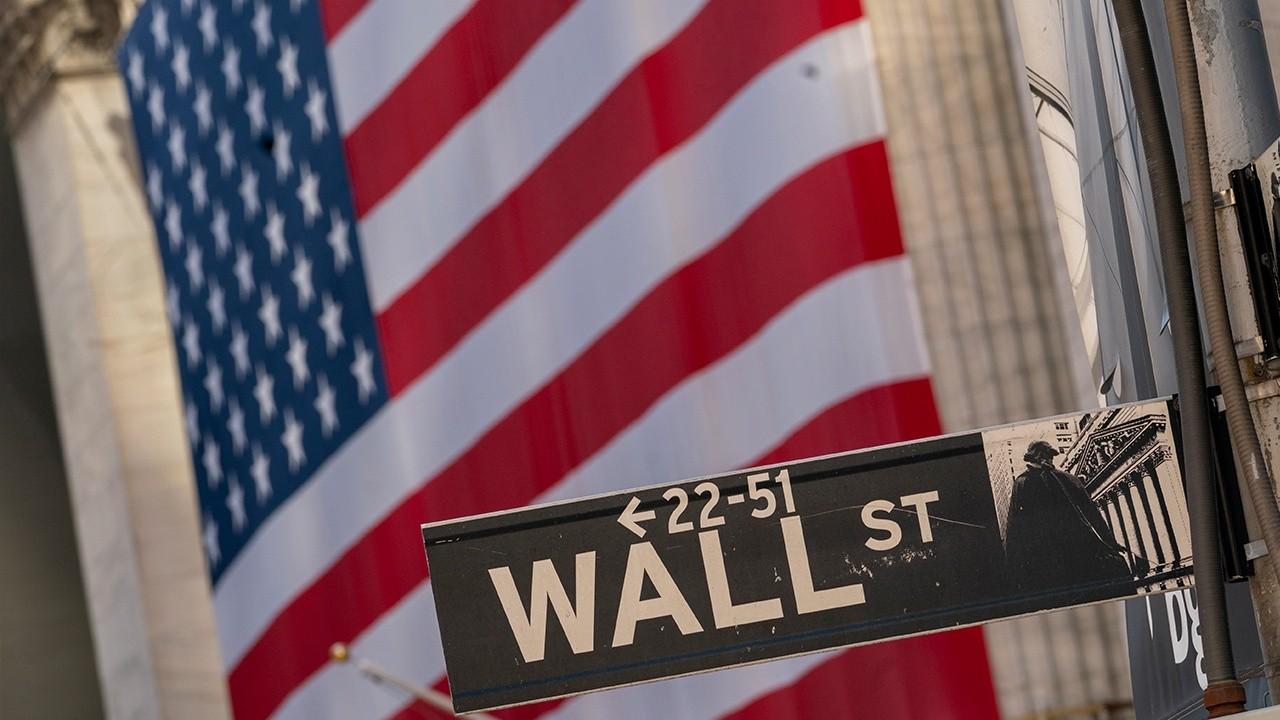 Sources tell FOX Business’ Charlie Gasparino that firms and banks are giving almost twice as much to Biden than to Trump.

Wall Street’s biggest firms are cozying up to Democratic Presidential nominee Joe Biden and appear to be rolling the dice that if the former vice president wins the White House in November, his talk about raising taxes on investors and big corporations, is a lot of hot air.

That’s the assessment of some Wall Street executives FOX Business has interviewed in recent days to determine why the big firms have backed the Democrat nominee over incumbent President Donald Trump, who has cut taxes on companies like banks and brokerages, dialed back regulation and spurred one of the most vibrant bull markets in recent years.

Of course, a significant reason for the Wall Street support of Biden is that he and his vice presidential nominee Kamala Harris are ahead in recent polls—and everybody likes to support the winner. That is especially true for banks and Wall Street firms that are heavily regulated by whoever occupies the White House.

Recent polls show that the Biden-Harris lead is growing after Trump's poor debate performance, and his COVID-19 diagnosis that some political analysts say undercuts his argument that he and his administration have gotten the pandemic under control.

Biden and Harris, meanwhile, are known quantities among bankers, having developed deep relationships with hedge fund managers and others on Wall Street during their long years in public office seeking campaign contributions.

But the Democratic ticket has also called for raising taxes on big corporations and higher capital gains taxes that will impact small investors, with Biden describing the reforms as a "moral issue" to eradicate inequalities in the tax code amplified during the Trump years. This means lower profits for banks and possibly lower stock returns for their clients.

So why the Wall Street-Biden love affair?

One reason is that many Wall Streeters believe Biden’s promises to raise taxes on them and their clients are more bluster than bite, according to people with knowledge of the matter. Many top executives believe he is unlikely to follow through with all his campaign promises to massively raise taxes and to ramp up regulations because Biden would like to take credit for a booming stock market and doesn’t want to impair an economy still struggling with a pandemic.

"They just think Biden is calling for all these tax increases to appease the progressives like Bernie Sanders and AOC," said one corporate executive who has spoken with several of Biden‘s big bank donors. Bernie Sanders, of course, is the self-proclaimed democratic socialist senator from Vermont, who Biden beat to win the Democratic nomination, and AOC is Alexandra Ocasio-Cortez, the left-wing Congresswoman from New York.

Both have played a role in shaping the Democratic platform and its call for tax increases. Still, this executive says that the Wall Streeters he talks to and knows believe Biden will ignore the ultra-progressives once in office.

The bet is a risky one, many people close to Biden tell FOX Business because the former VP is said to be committed to what they refer to as tax fairness particularly if he is elected with a Democratic majority in the Senate.

Even so, Wall Street continues to roll the dice on Biden, throwing more money his way in recent weeks, according to the latest campaign finance data on Open Secrets, a non-profit that monitors political donations. Overall, Biden has received around $51 million from donors who work in the securities and investment space while Trump has received around $10 million.

A deeper dive into donations made by individuals at the big banks underscores just how much they have bet on Biden. Individuals at Goldman Sachs, for example, have donated $172,809 to Biden and just $11,943 to Trump. The amount donated to Trump is just a few hundred dollars more than the amount Goldman Sachs employees gave to the business-friendly CNBC anchor Michelle Caruso-Cabrera who mounted a longshot challenge to AOC in the June Democratic primary. The ultra-progressive won her primary by 73%. 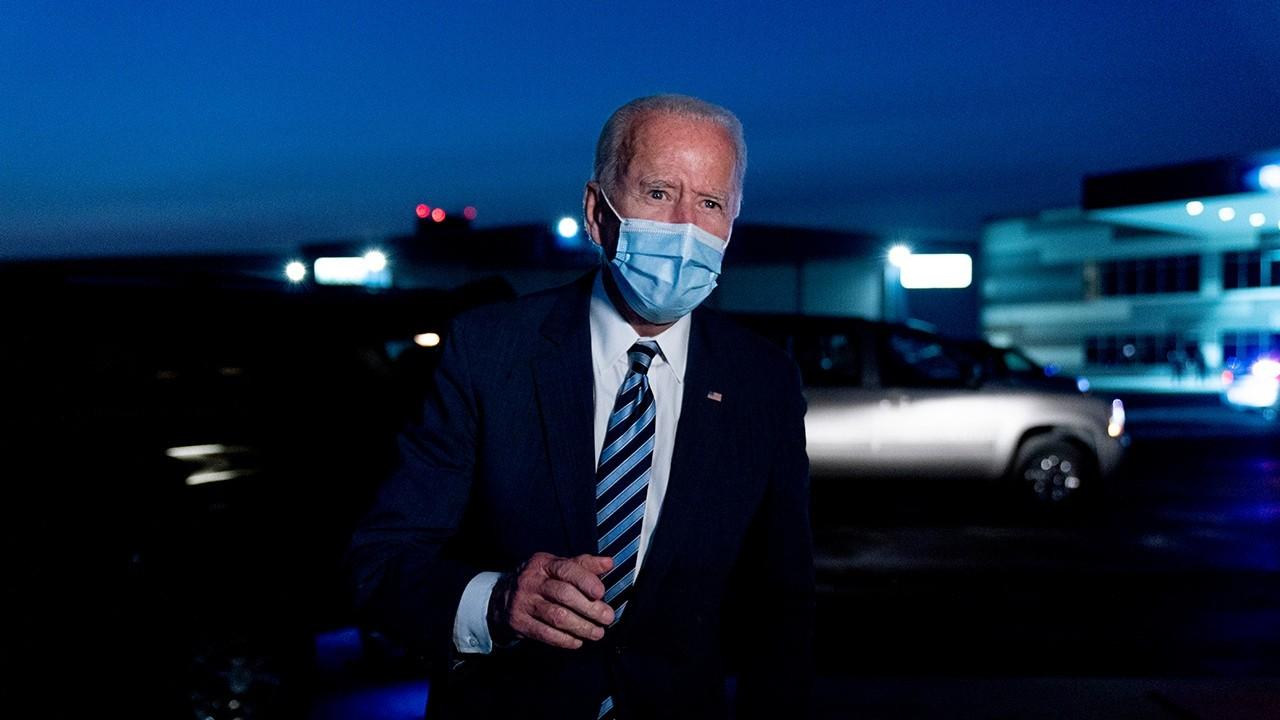 Some Democrats on Wall Street have been pushing the notion that Biden might actually be good for the economy even if he raises all the taxes he says he will raise. They say Biden represents a stable presence in the White House after four years of Trump's disruptive management style, nasty attacks on opponents, and of course, his habit of tweeting about his personal gripes.

As Biden’s polling lead has grown, many on Wall Street say the chances are declining that market uncertainty over a contested election will roil stocks possibly through the end of the year. The U.S. averages, despite a drop Tuesday, are just shy of fresh records.

After the last presidential debate, where Trump's bullying performance was criticized by both Democrats and Republicans, former Goldman Sachs CEO Lloyd Blankfein tweeted: “So far the stock market doesn’t seem too upset at the prospect of Biden winning, despite Trump’s more market friendly policies. Perhaps folks think their stocks and 401(k)s will do better with higher taxes and increased regulation than with nastiness and scorched earth.”

Of course, Wall Street has not always been a good predictor of presidential elections: While it overwhelmingly supported Barack Obama's successful presidential campaign (his VP was Joe Biden) in 2008, financiers gave $61 million to the 2012 presidential loser, Republican Mitt Romney, compared to $18.7 million in donations to Obama-Biden.

VOTERS SAY ECONOMY IS MOST IMPORTANT KEY ISSUE AHEAD OF ELECTION: POLL

Wall Street stumbled again in 2016, betting $88 million on the nation that former first lady and Obama's former Secretary of State Hillary Clinton would beat Trump, who was considered the underdog and received just $20.8 million from the financial types.

“Wall Street always likes to back the winner,” says Chairman of Signum Global Advisors Charles Myers. “If the polls are wrong, some of the smartest people in the country will have gotten their bet completely wrong for the second time in eight years.”

Moreover Wall Street isn't the only business supporting Biden even as the Delaware Democrat -- at least in his own words--will take aim at their profits and tax breaks if he is elected.

Real estate is also on the Biden bandwagon. Like Wall Street, real estate’s support of Biden is somewhat baffling given Trump’s long years as a real estate investor and Biden’s plans to end many real estate friendly tax breaks. But according to Open Secrets, real estate executives have given $20 million to Biden compared to $16.7 million to Trump.

"The real estate guys are like the Wall Street guys," said the corporate executive. "They see Biden winning and they don't think he will carry through with all his tax increases. I think they're crazy but that’s what they're saying.