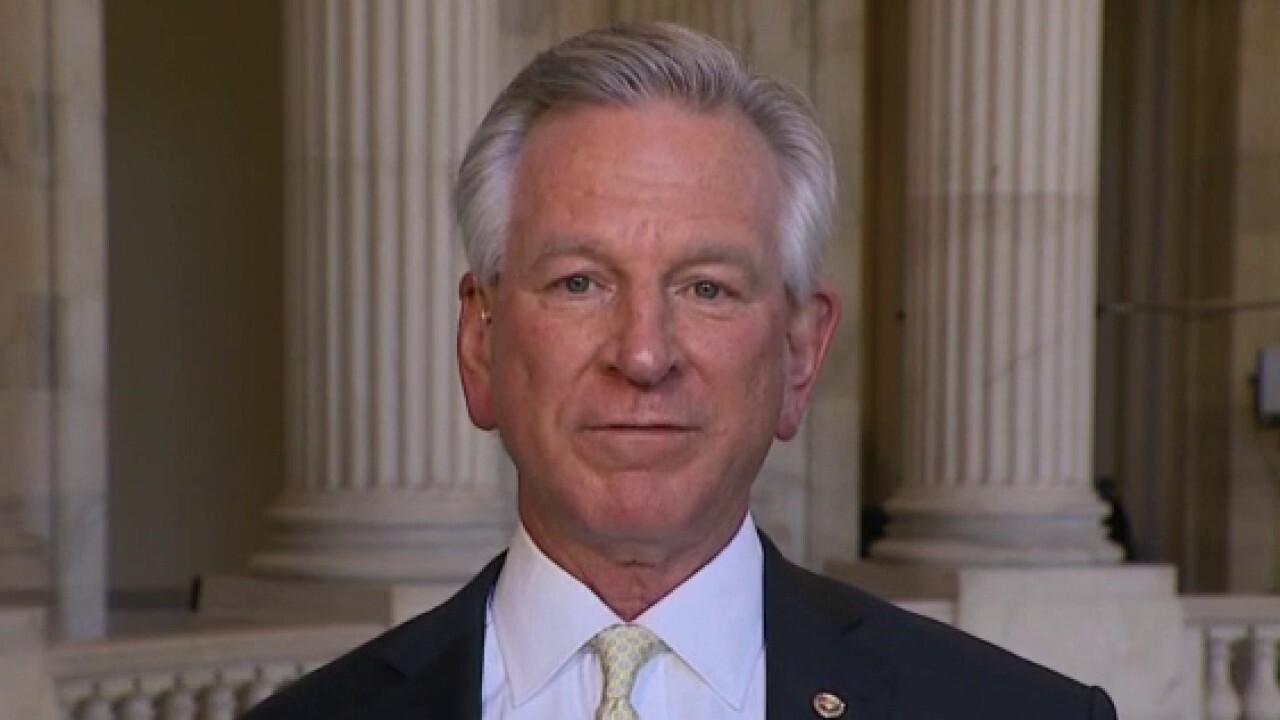 Sen. Tommy Tuberville: US needs to make sure to not 'prop up' Chinese military

Sen. Tommy Tuberville, R-Ala., while discussing new legislation against China investments, told FOX Business' "Mornings with Maria" that the U.S. needs to stop investing money in Chinese companies because it helps "prop up" their military and economy.

SEN. TOMMY TUBERVILLE: There's a board of five people that control the pension fund and this pension fund is government workers, federal workers such as Congress, myself and all of our military, $700 billion. And we don't want to invest that money in Chinese companies to prop up the Chinese. And so what we want to do is put this legislation through to tell this five-member board, hey, invest money, make money for our military and our government workers, but do not invest it in China. You know, they don't go by the rules. They break corporate espionage rules every day. You know, they don't go by the sanctions that we put on as the United States. And they never go by... their balance sheets. I mean, they're always off. So what we want to do is make sure that we don't prop up the military of the Chinese nor their political and religious persecution. We want to go with companies that are going to go by the rules, fight for democracy. And at the end of the day, this legislation pretty much says this is a message that sends zero tolerance to the Chinese to block their aggression towards the United States and the rest of the world.

Well, five years ago, Maria, we probably wouldn't be having this conversation, but the Chinese have gotten very aggressive. They're doing things all around China, Hong Kong, threatening Taiwan, threatening fishing boats all up and down the Taiwan Straits. They're getting very aggressive towards this country. Their military is growing leaps and bounds. Their economy is shooting above ours. And they want to be the top dog in the world and they're headed in that direction. Why... would we help the Chinese and their Communist Party achieve that goal? We don't need to help. There's other companies that we can get involved in… this country, that we could grow our portfolio with our savings plan, our pension plan, and do the right thing. But we do not need to invest in the Chinese government.

I understand it's the companies in the United States are trying to make money. We don't… need to make it on the backs of slave labor, the workers over in China that are absolutely treated atrociously. But we've got a lot of our companies in this country that are overlooking that. And that's wrong. We talk about human relations here in the United States. How about China? Let's hold them accountable. And if we don't hold them accountable, it's going to get worse and worse and they're going to keep building up a portfolio for their military... and we're going to have huge problems.

We got to hold them accountable. Now, private companies, something has to be done with that. But the one thing that can't be done is we can't raise the corporate income tax. We raise that, surely we're going to lose them to other countries, not just China, but we've got to take care of our own companies in the United States. We've got to keep their headquarters here. We can't use the inversion process. We've got to keep them here. We've got to make sure we take care of them. But we can't tax them to death because if we do, they're going to leave. And you can't blame them. But we can't put laws on private companies. We just need to let them understand what they're doing, how it's going to affect them in the future. The bottom line today might not be the bottom line tomorrow in some of these corporations if we continue to invest in China.