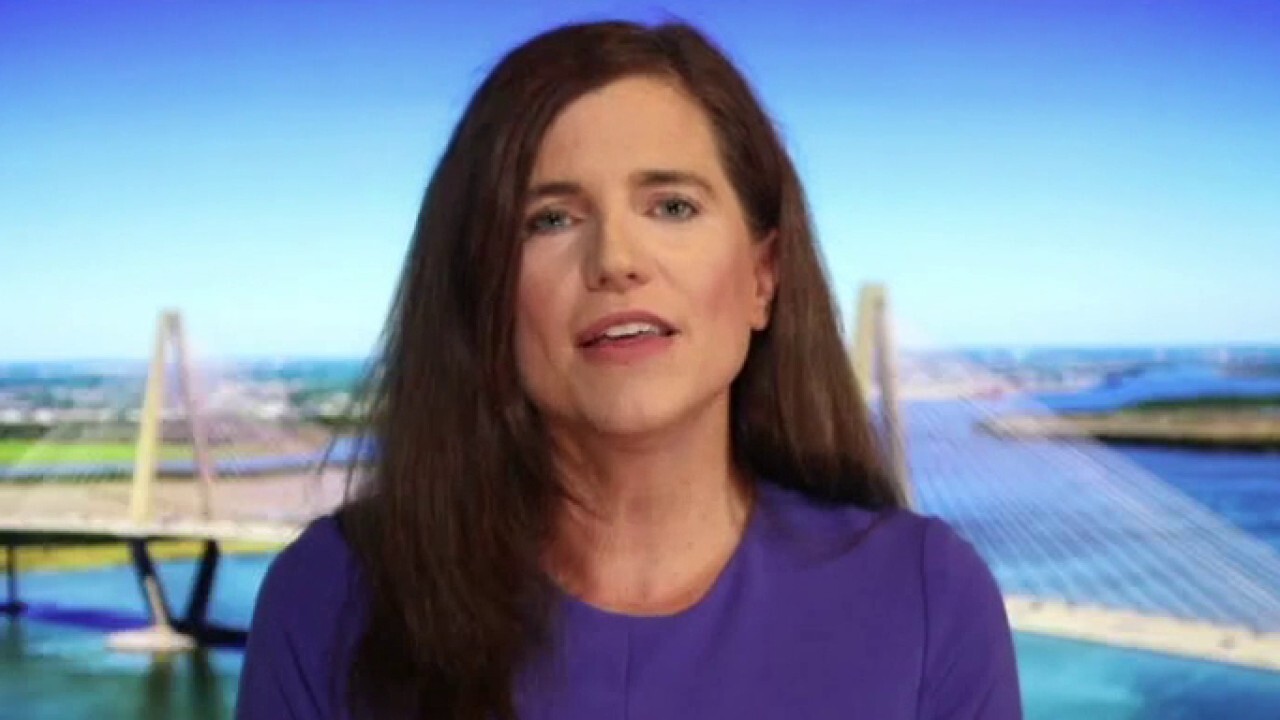 Rep. Mace: Labor unions shouldn't tell scientists what to do

President Biden has vowed to be the most pro-union president in American history, but experts say that is coming at a cost.

They argue that big labor is not only leveraging the worker shortage that has emerged since Biden took office as evidenced by an increase in strikes, but that America's supply chain crisis has deepened due to the president's actions – or lack thereof – toward unions.

They also predict the problem will continue to get worse.

President Biden speaks about the bipartisan infrastructure bill and his Build Back Better agenda at the International Union of Operating Engineers Training Facility in Howell, Michigan, on Oct. 5, 2021. (NICHOLAS KAMM/AFP / Getty Images)

"I think unions feel especially boldened under the Biden administration," says Rachel Greszler, economics fellow at The Heritage Foundation. "This is clear at the ports in southern California where the unions — whose workers are often earning upwards of $200,000 a year — are refusing to increase operations despite massive backups that are causing problems across the nation."

"A different administration may be talking about using the Taft-Hartley Act to intervene," Greszler went on to say. "But I don’t think unions today have concerns about any federal intervention."

The Taft-Hartley Act, formally known as the Labor Management Act of 1947, restricts labor unions' power and allows the executive branch to step in if unions take action that could impede commerce in a way that impacts the general public.

Aerial view of containers waiting at Port of Long Beach to be loaded onto trains and trucks on Oct. 16, 2021, in Long Beach, California.  (Getty Images)

Mark Mix, president of National Right to Work, agrees and adds that the Biden administration's stacking of pro-union advocates in federal posts means big labor has no concern that the president might intervene in any union-driven bottlenecks contributing to the supply chain crisis.

BIDEN SAYS LABOR UNIONS ‘BRUNG ME TO THE DANCE’ IN POLITICS

At the same time, the experts FOX Business spoke with point out that Biden has been willing to sacrifice some union workers when it comes to the president's broader political agenda.

"One area in which some unions and the Biden administration are clashing is over vaccine mandates, where we’re hearing many unions — particularly public sector safety officers, such as police and firefighters — who do not support vaccine mandates and are willing to quit over them," Greszler said.

According to Mix, "There's really no better case study on this than the Keystone Pipeline" project, which Biden was quick to shut down after taking office.