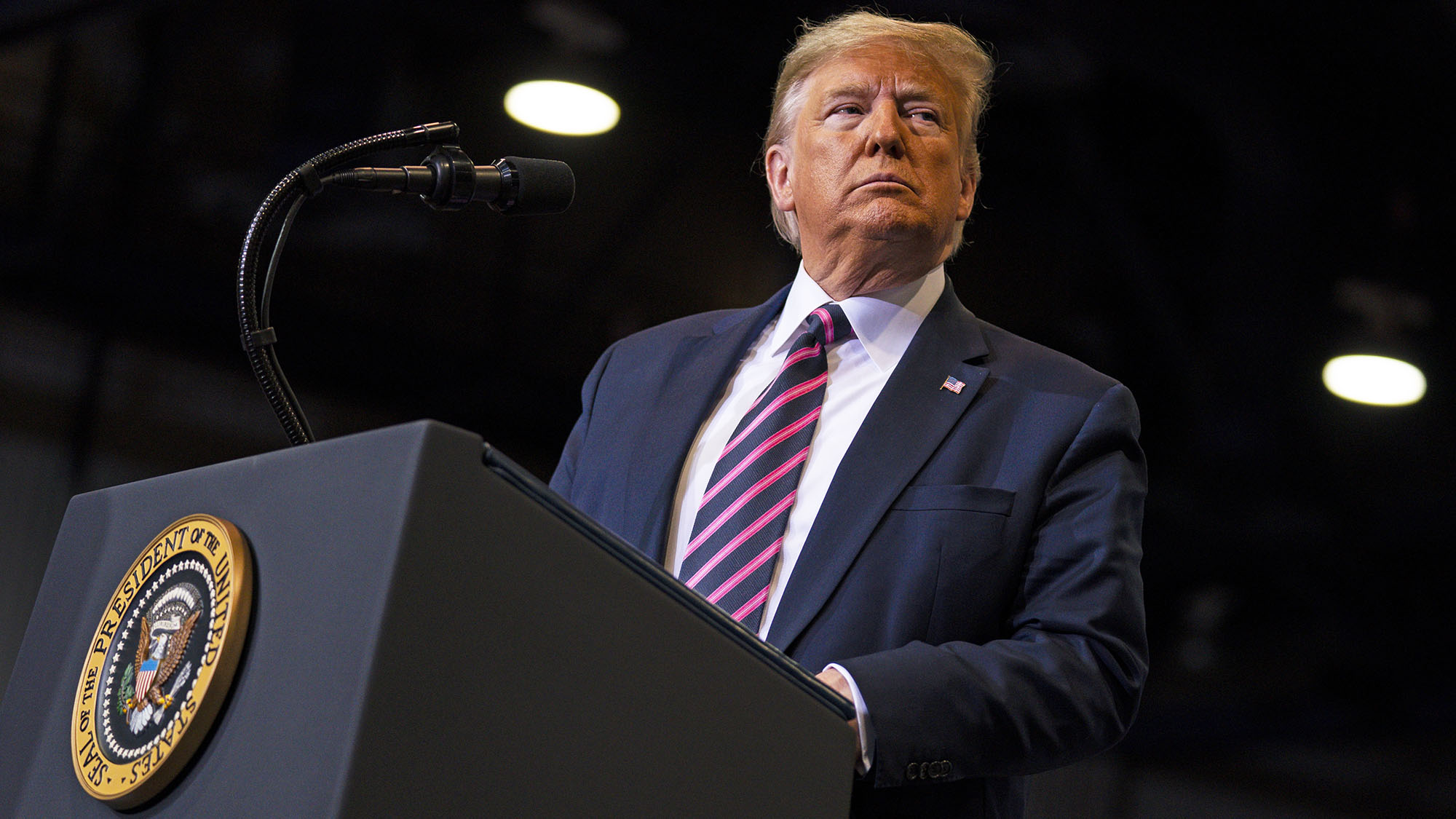 WASHINGTON -- President Trump is framing a campaign rally in Tulsa, Okla., on Saturday as a reset after a punishing several months that saw a global pandemic, nationwide protests over racism and policing, Supreme Court setbacks and a scathing tell-all book by his former national-security adviser.

"My campaign hasn't started yet. It starts on Saturday night in Oklahoma!" Mr. Trump wrote Friday on Twitter as he dismissed poor poll numbers and Democratic attack ads.

The rally is Mr. Trump's first since the coronavirus closed the country in early March, upending a hot economy he had hoped would carry him to a second term. After having implored states to reopen -- in defiance of some public-health experts -- he is looking for rejuvenation in the tens of thousands of people who are descending on Tulsa for an event the campaign has branded a "Great American Comeback."

With less than five months before Election Day, a RealClearPolitics average of nationwide polls shows presumed Democratic foe Joe Biden with a nearly 9 percentage point advantage over Mr. Trump, though surveys in some swing states are closer. Mr. Trump frequently notes that many polls underestimated him in 2016.

"We are where we are. But it's really a push to renew and restore," one Trump adviser said of the rally. "It's like a cleansing -- hey, we're going to be okay."

Campaign strategists said the stakes are high for the president's operation. "Trump's re-election campaign needs a relaunch after a brutal few months," said Republican consultant Alex Conant, who served on Sen. Marco Rubio's 2016 presidential campaign. "If he can't build momentum after this massive event, then the pressure will grow for a more fundamental shake-up in his campaign."

More than 50 campaign surrogates are being flown into Tulsa for the rally, which will feature both an indoor event holding 19,000 people and an outdoor stage holding thousands more. The president will speak on both stages, and musicians will perform. Campaign manager Brad Parscale described the rally to Fox News on Friday as "more of a festival like, much more looking almost like a convention."

Supporters of President Trump, including a man dressed as the border wall, line up outside an arena in Tulsa, Oklahoma, June 18, 2020, where the president will hold his first campaign rally in months Saturday. (AP photo/ Tom McCarthy)

The goal, advisers say, is to signal Mr. Trump's belief that the economy is rebounding and to draw a contrast with Mr. Biden, who is taking a more gradual and cautious approach to returning to formal campaigning.

The president has already held more than 30 campaign rallies this election cycle, including a June 2019 gathering in Orlando, Fla., that the campaign branded as its kickoff event -- but Saturday's comes as setbacks have piled up in Washington.

Just this week, the Trump administration sustained two high-profile losses in Supreme Court rulings over gay rights and immigration, and Mr. Trump was accused of seeking China's help in his re-election, among other improprieties, in a book by his former adviser, John Bolton. Mr. Trump has dismissed the allegations in the book and called Mr. Bolton a liar.

But the Tulsa rally, which is expected to draw significant protests, also comes with the potential for severe downsides.

The Centers for Disease Control and Prevention classifies indoor events featuring thousands of people and no social distancing as highest-risk. The Trump campaign has said it will give attendees hand sanitizer and masks, but won't require people to wear them. White House press secretary Kayleigh McEnany said Friday she wouldn't wear a mask at the rally; Mr. Parscale said he likely would.

The top health official in Tulsa has called for the rally to be postponed during the pandemic, as coronavirus cases in Tulsa have surged in recent days, with the number of total confirmed cases up 6% in the last day, according to the Tulsa Health Department. The Trump campaign directed supporters who signed up for tickets to sign a waiver agreeing not to hold the campaign liable if they are exposed to the coronavirus.

Mr. Trump has weathered plenty of controversies throughout his tenure, including an impeachment. But even for him, the past few months have posed an unusual set of challenges.

Covid-19 has killed more than 120,000 Americans, as the president faced widespread criticism from public-health experts and Democrats for his response to the pandemic, which began by playing down the risk. Across the country, large groups have taken to the streets in protest of police brutality, as activists and some law-enforcement officials said Mr. Trump's calls for a military response to the protests further inflamed the national sentiment.

A woman holds up a sign as she listens to the Rev. Al Sharpton address the crowd at a Juneteenth rally in Tulsa, Okla., Friday, June 19, 2020. (AP Photo/Charlie Riedel)

Biden campaign spokesman Andrew Bates criticized the president's handling of the pandemic and the protests and said: "When Joe Biden is appealing to his supporters to be safe and look out for their neighbors, Donald Trump is forcing his to sign waivers not to sue if they get Covid-19 in Tulsa."

Mr. Bolton, Mr. Trump's national-security adviser for 17 months, wrote a book -- scheduled to be published next week -- alleging that the president prioritized his re-election over all else and describing Mr. Trump as the subject of scorn among his advisers -- including Secretary of State Mike Pompeo, who Mr. Bolton says once described the president as "so full of shit." Mr. Pompeo has criticized the book but hasn't denied that specific claim. The Justice Department has sued to delay the publication of the book, accusing Mr. Bolton of including classified information, but several news outlets have already published its contents.

Even before the pandemic began, polling showed Mr. Trump on shaky footing against Mr. Biden. Every Wall Street Journal/NBC News poll conducted in 2020 has shown Mr. Biden leading by at least six points.