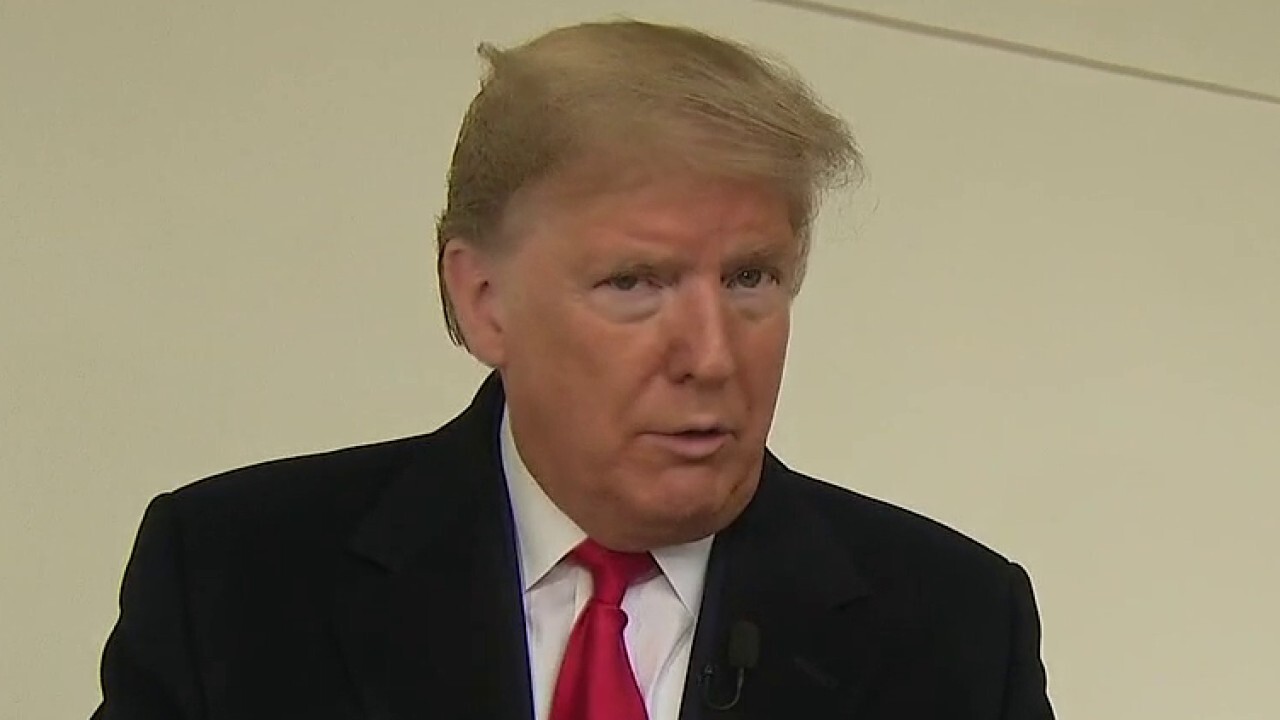 President Trump said he’s confident that a proposed $2 trillion coronavirus stimulus package will help the U.S. economy quickly recover from the pandemic’s side effects that have shuttered businesses, plunged stock prices and cost an untold number of Americans their livelihoods.

“It’s very important because we want to get our economy back,” Trump told FOX News’ Bill Hemmer Tuesday. “I think if it passes, we can be pretty quickly up to where we were and it actually gives us a step and a stepping stone. I think we’re going to ultimately top where we were. But the longer it takes, the longer we stay out, the harder that is to do.”

Loans to small and large businesses will be key to that recovery, according to the president. But some Democrat lawmakers have criticized the $500 billion proposed to be loaned to specific industries, saying it would favor corporations over workers unless the companies are held to certain rules.

“We’ll have an unemployment rate the likes of which nobody’s ever seen before,” Trump said. “We have to save these companies.”

Companies that receive the loans would have to pay interest and probably give stock to the government, according to Trump. A bill that is being negotiated in Congress would also reportedly include $367 billion for small businesses plus direct payments of $1,200 to individuals or $3,000 to families of four, as well as greater unemployment benefits.

Health experts have said it’s crucial to limit contact in order to prevent spreading the virus. During the interview with Hemmer, Trump reiterated comments he made earlier Tuesday during a FOX News virtual town hall that he’d like to have Americans back at work around Easter Sunday.

“It gives us more chance to work on what we’re doing,” Trump said. “And I’m not sure that’s going to be the day, but I would love to aim It right at Easter Sunday, so we’re open for church service and services generally on Easter Sunday. That would be a beautiful thing.”