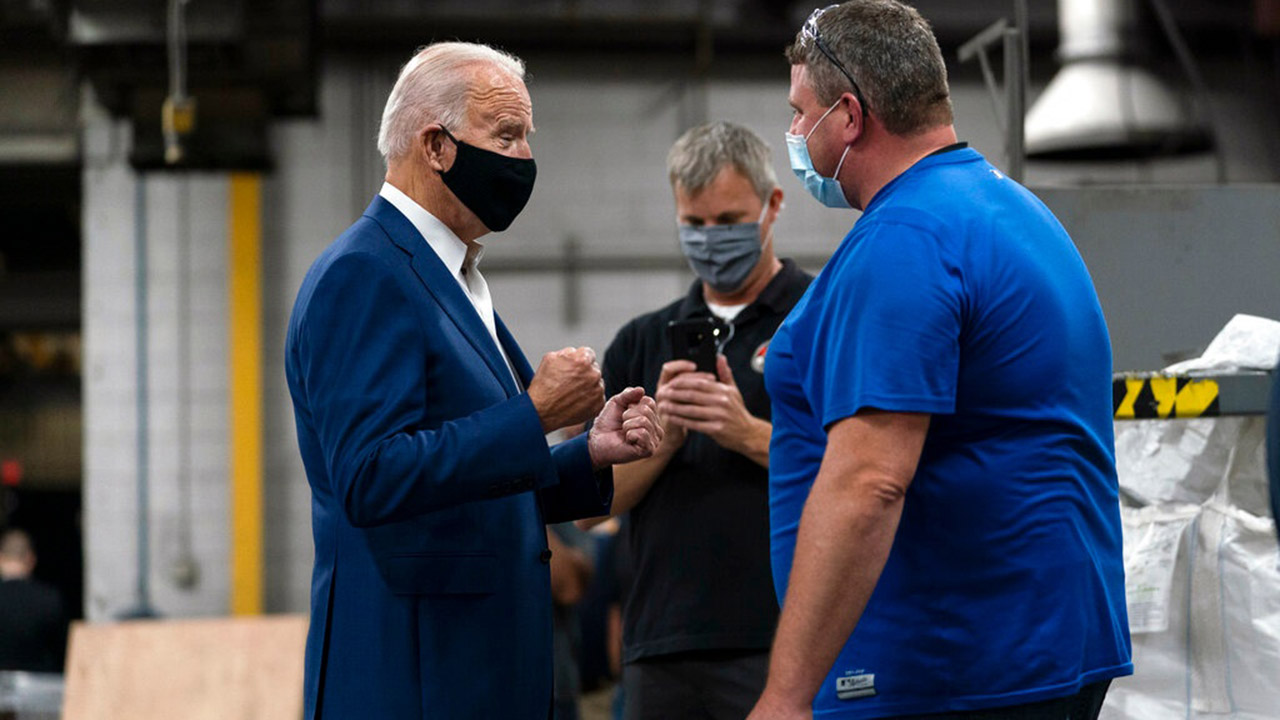 EXCLUSIVE: Organized labor in the United States spent more than $1.8 billion on political and lobbying efforts during the 2020 election cycle, according to a new report.

The study published Wednesday by the National Institute for Labor Relations Research (NILRR) came after the Senate Health, Education, Labor and Pensions Committee on Tuesday morning held a hearing on the Protecting the Right to Organize (PRO) Act — provisions of which were included in President Biden's infrastructure plan since the bill was unlikely to pass in the Senate.

Of the $1.8 billion spent between 2019 and 2020, $1.4 billion came from union general treasuries, which are funded by worker dues; $287 million came from government union state and local PACs and lobbying; and $57 million came from federal PACs, according to the NILRR study, which cites public financial disclosures that union officials are required to file to the Labor Department, as well as data from political spending watchdog sites OpenSecrets.org and FollowTheMoney.org.

"For union bosses across the country, $1.8 billion is just a down payment on getting the federal government to shove an ever-increasing number of workers into forced-dues ranks," National Right to Work Committee Vice President Greg Mourad told FOX Business in a statement.

The research nonprofit gave several examples of LM-2 disclosures that should have been classified as political spending, including the National Education Association's $17 million donation to the Strategic Victory Fund, a Democratic grassroots lobbying group.

"Though union bosses’ true political spending is certainly much higher than what is disclosed, the effects of this forced dues-funded splurge are already apparent: President Biden and his union-label cohorts in Congress are trying by any means to ram through the PRO Act, a bill designed to gut Right to Work across the country and force millions more workers to pay union bosses just to keep their jobs," Mourad said.

Union leaders and pro-union Democratic politicians have cheered Biden as one of the most pro-union presidents of all time.

The president has encouraged the Senate to pass the PRO Act, which would overhaul right-to-work laws in 27 states – allowing the National Labor Relations Board to fine employers who violate workers' rights – ease restrictions against worker strikes and follow California's new independent contractor law.

Union leaders and pro-union Democratic politicians have cheered Biden as one of the most pro-union presidents of all time.  (AP Photo/Andrew Harnik / AP Newsroom)

Supporters of the legislation, including Biden, argue that the PRO Act will help workers fight for and earn fairer wages, benefits and overall better treatment from employees amid the COVID-19 pandemic, but critics argue that the legislation could harm employees who do not want to join unions and pay union dues, as well as independent contractors.

The president, who often refers to himself as "blue-collar Joe," has a long-standing relationship with union leaders, cultivated over his more than 40 years in politics. He has previously pledged to be the "strongest labor president you have ever had."

Unions including the American Federation of Labor and Congress of Industrial Organizations, Service Employees International Union, North America Building Trades Unions, Communication Workers of America and a number of other organizations are championing the PRO Act.