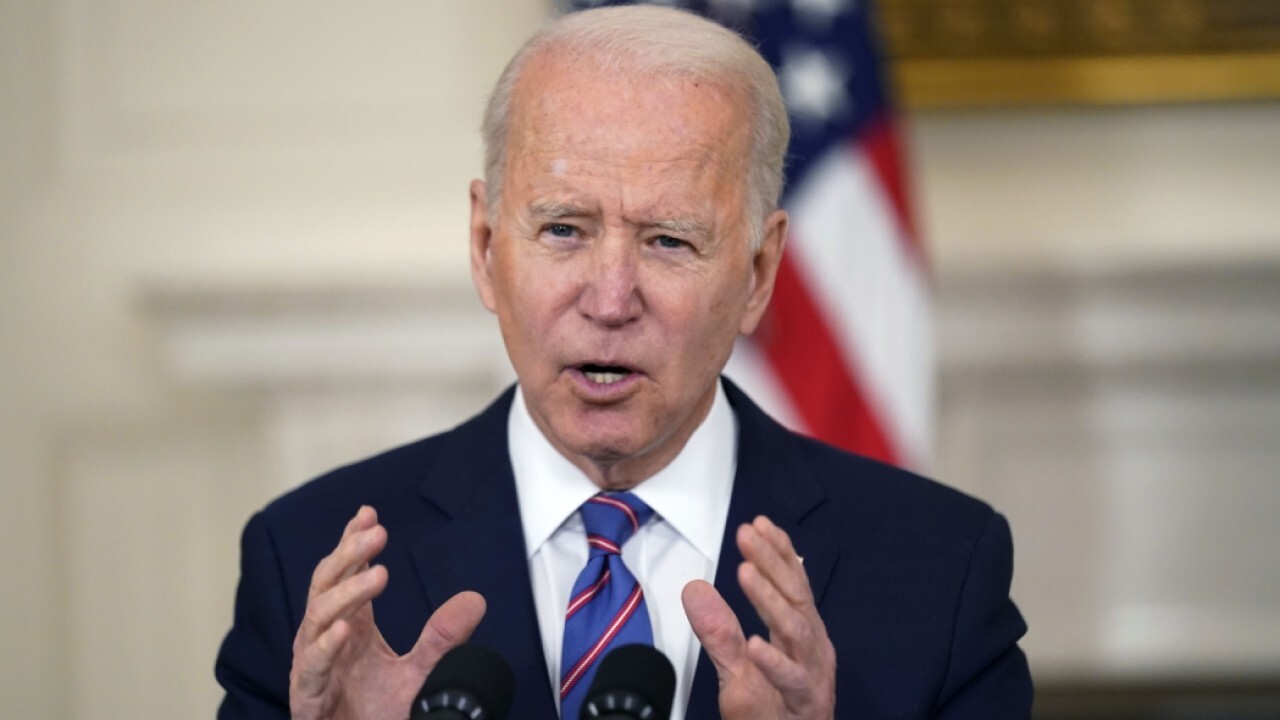 Sen. Joe Manchin, D-W.Va., said Monday that he does not support President Biden's proposed tax increases on corporations as part of a nearly $2.3 trillion spending proposal, potentially dealing a fatal blow to a key revenue raiser included in the infrastructure initiative.

Biden's plan would raise the corporate tax rate to 28% from 21% and increase the global minimum tax on U.S. companies to 21% from about 13%. The White House said the tax increases would pay for the proposed investments in the nation's roads and bridges, transit systems, schools and hospitals over the course of 15 years.

But Manchin — a moderate Democrat who has become one of the most powerful members of the 50-50 Senate — said that 28% is too high and could hurt American competitiveness. He suggested the package could be paid for by boosting the corporate rate to 25% and closing tax loopholes used by wealthy Americans to dodge taxes.

Republicans have widely rejected the sweeping economic package, meaning that Democrats will almost certainly have to pass the measure via budget reconciliation, the obscure Senate rule the party used last month to approve Biden's $1.9 trillion American Rescue Plan without a single GOP vote. With narrow majorities in the House and Senate, Democrats will need to secure the support of almost every member in their party to muscle through the package.

"If I don't vote to get on it, then it's not going anywhere, so we're going to have some leverage here," Manchin said. "It's more than just me. There's six or seven other Democrats who feel very strongly about this. We have to be competitive, and we’re not going to throw caution to the wind.”

The White House has said it welcomes feedback from lawmakers on how best to address infrastructure, which is broadly viewed as a bipartisan issue in Washington.

"The president felt it was responsible to propose a way to pay for his proposals," White House press secretary Jen Psaki said Monday when asked about Manchin's comments. "That's exactly what he did. He knows some members think it's too big, some think it's too small...We fully expect that from Sen. Manchin and other members. We expect the question of how to pay for the package, if we should pay for the package, to be part of the disussion. We're open to hearing ideas."