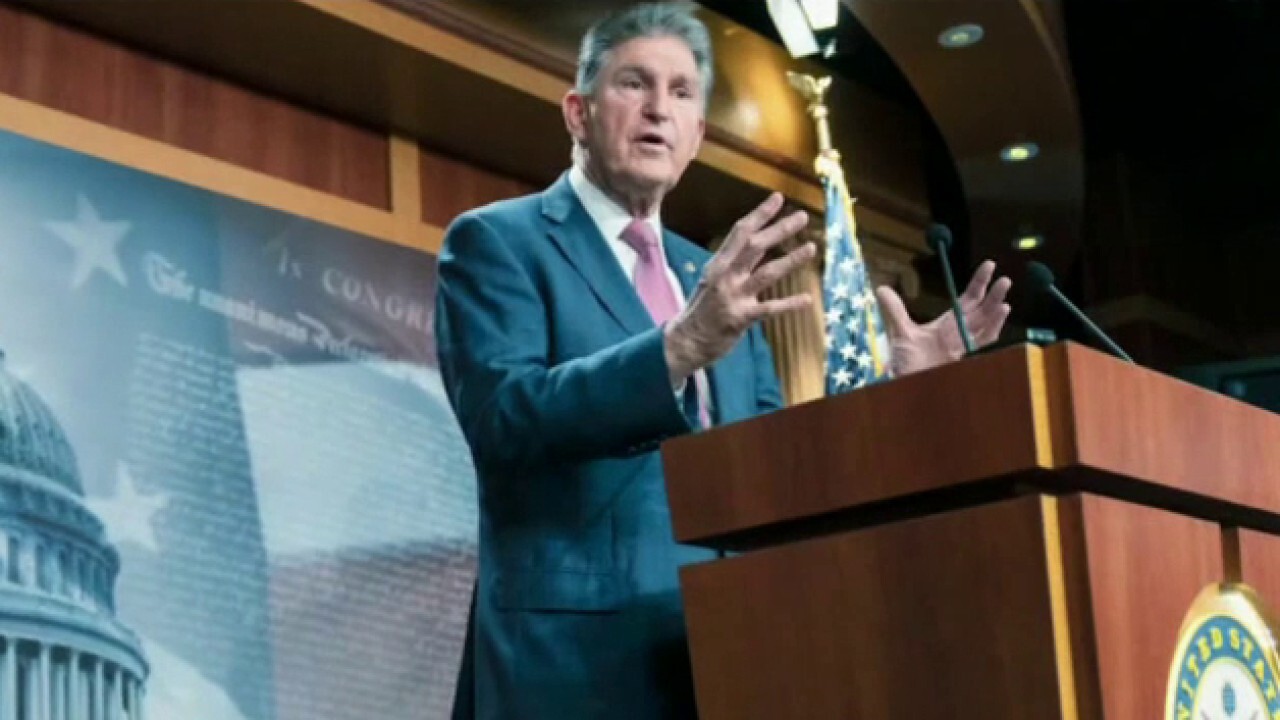 Joe Manchin and Democratic Party at standstill over spending bill

‘Special Report’ anchor Bret Baier analyzes the power Manchin has over the future of President Biden’s economic agenda on ‘Kennedy.’

At least 51 senators rejected the Build Back Better bill, including Joe Manchin.

The West Virginia senator reportedly forced fellow Democrats to scrap an offshore drilling ban from the massive Build Back Better Act spending plan, a provision that experts say would have had disastrous consequences for the country.

"An offshore drilling ban would be a disaster for our country, rolling out the red carpet for Russia and Venezuela to replace 20% of America’s daily production and costing Texas alone over 1 million jobs along our Gulf Coast," Jason Modglin, President of Texas Alliance of Energy Producers, told Fox News Digital.

Modglin spoke in response to reports that Manchin convinced Democrats to abandon a plan to stop all drilling on rigs in the Atlantic Ocean, Pacific Ocean and Gulf of Mexico.

CHRISTMAS HOLIDAY DRIVERS: GAS PRICES YOU SHOULD EXPECT AT THE PUMP

Sitton explained that the U.S. would end up buying oil lost from the offshore drilling ban somewhere else since oil demand will only continue to rise.

WHY GAS PRICES ARE 'UNLIKELY' TO FALL UNDER $3 PER GALLON

Gas prices hit a seven-year high in October, and Sitton said a ban on offshore drilling would only exacerbate that problem and "absolutely jack up prices again."

Manchin’s office did not immediately respond to a request for comment from Fox News Digital.

Manchin, a moderate Democrat, is one of the last holdouts delaying passage of President Biden’s massive social and environmental Build Back Better Act. The West Virginia senator has expressed concerns over multiple aspects of the roughly $2 trillion package, including the continuation of the expanded Child Tax Credit program.

Faced with unified Republican opposition, Biden is trying to pass the package with Democrats alone, which the House has already done. But the path in the evenly split 50-50 Senate is more difficult, with no room for dissent.

In a statement Thursday, Biden appeared to concede that his Build Back Better Act would not clear the Senate by Christmas as he had hoped.

"My team and I are having ongoing discussions with Senator Manchin; that work will continue next week," Biden said. "It takes time to finalize these agreements, prepare the legislative changes and finish all the parliamentary and procedural steps needed to enable a Senate vote. We will advance this work together over the days and weeks ahead. Leader Schumer and I are determined to see the bill successfully on the floor as early as possible."