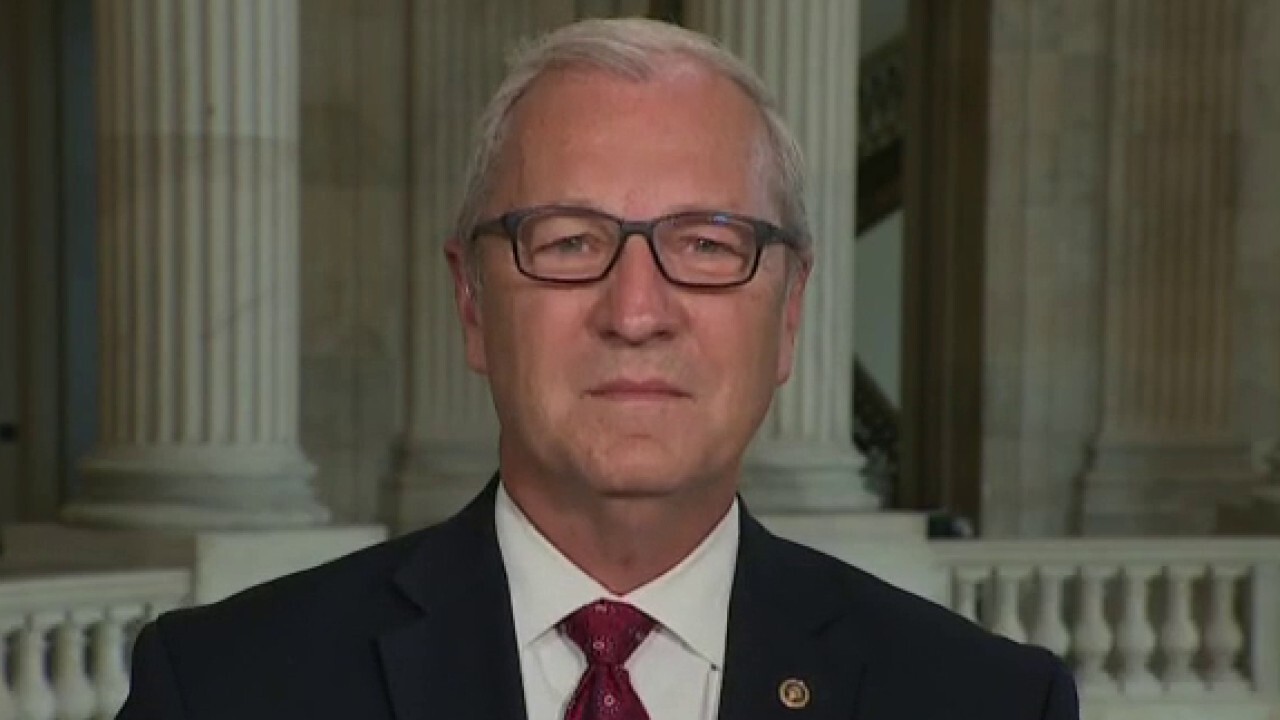 Sen. Kevin Cramer says he wants to make sure all he fought for within infrastructure bill will remain

With more crucial votes fast approaching in the coming days for the $1.2 trillion infrastructure deal in the Senate, Americans for Prosperity (AFP) says that their major grassroots and paid media campaign to derail the government spending package is in full swing.

The politically powerful fiscally conservative and libertarian political advocacy group tells Fox News that their grassroots efforts, including urging activists and other AFP supporters to call their senators to tell them to oppose the deal, are "ramping up into a full-court press going into the weekend."

After weeks of negotiations between a bipartisan group of senators and the White House, the package cleared a major hurdle on Wednesday, as the Senate voted 67-32 to advance the measure, with 17 Republicans – including longtime Senate GOP leader Mitch McConnell – supporting the bipartisan deal. The 67 votes was seven more than needed to avoid a legislative filibuster that would have scuttled the agreement.

But AFP, which earlier this year targeted what considered the "harmful provisions" in the massive $1.9 trillion COVID relief package that passed along party lines by Democratic majorities in the House and Senate and signed into law by Biden, is taking aim at the package and offering "better alternatives."

"Bipartisanship should not be an excuse for bad policy, and that’s what this is. It’s refreshing to see Congress working together, but this wasteful spending spree reflects a bipartisan lack of respect for the fiscal responsibility Americans have been calling on their lawmakers to demonstrate," AFP president Tim Phillips emphasized in a statement to Fox News.

And he argued that "anyone who votes for a bill they haven’t read – a bill that the CBO hasn’t even scored yet – owes their constituents an explanation."

AFP launched their seven-figure "End Washington Waste: Stop the Spending Spree" campaign in May. Their push includes paid media efforts as well as what they describe as "aggressive direct outreach to Hill offices." The group says that their activists have so far sent more than 1 million letters to lawmakers urging them to oppose the infrastructure proposals.

The fiscally conservative national organization Americans for Prosperity holds what it calls a 'Spending Spree Rally' to oppose the federal government spending packages that are being debated in Congress. The rally was held in Overland Park, Kansas o

And AFP spotlighted that they’ve also holding rallies, town halls, door to door canvassing, and phonebanks as part of their grassroots outreach efforts. They highlighted that on Thursday they held a Facebook Live event headlined by Sen. Rick Scott of Florida, the chair of the National Republican Senatorial Committee.

Along with the bipartisan infrastructure deal, AFP’s also taking aim at the separate $3.5 trillion spending plan that Democrats are trying to pass through Congress along party lines.

The massive budget resolution bill introduced a couple of weeks ago by Senate Democrats includes nearly all key elements of the president’s American Families Plan, including the creation of a national comprehensive paid family and medical leave program, funding for free universal preschool for three and four year-olds and free community college for all students. And it expands the number and amounts of Pell Grants, extending the child tax credits that were included in the COVID relief package, and funding for numerous clean energy programs.

The measure also includes expanding Medicare coverage for hearing, vision, and dental, which Sanders has long championed. To pay for their plan, Democrats are calling for tax hikes on corporations and the wealthiest earners, as well as beefing up the IRS in order to generate more revenue by cracking down on people who cheat or underpay on their taxes.

The package – which is being steered through the Senate by Budget Committee chair Sen. Bernie Sanders, the independent senator from Vermont and two-time Democratic presidential candidate - would if passed into law become the biggest expansion of the federal government’s social safety net in many decades.

Phillips is warning lawmakers that a vote for the bipartisan infrastructure deal "gets us one step closer to Sen. Bernie Sanders’ wasteful $3.5 trillion ‘infrastructure’ package, full of longstanding partisan priorities and debt piled onto future generations. We urge the Senate to reject advancing this proposal."