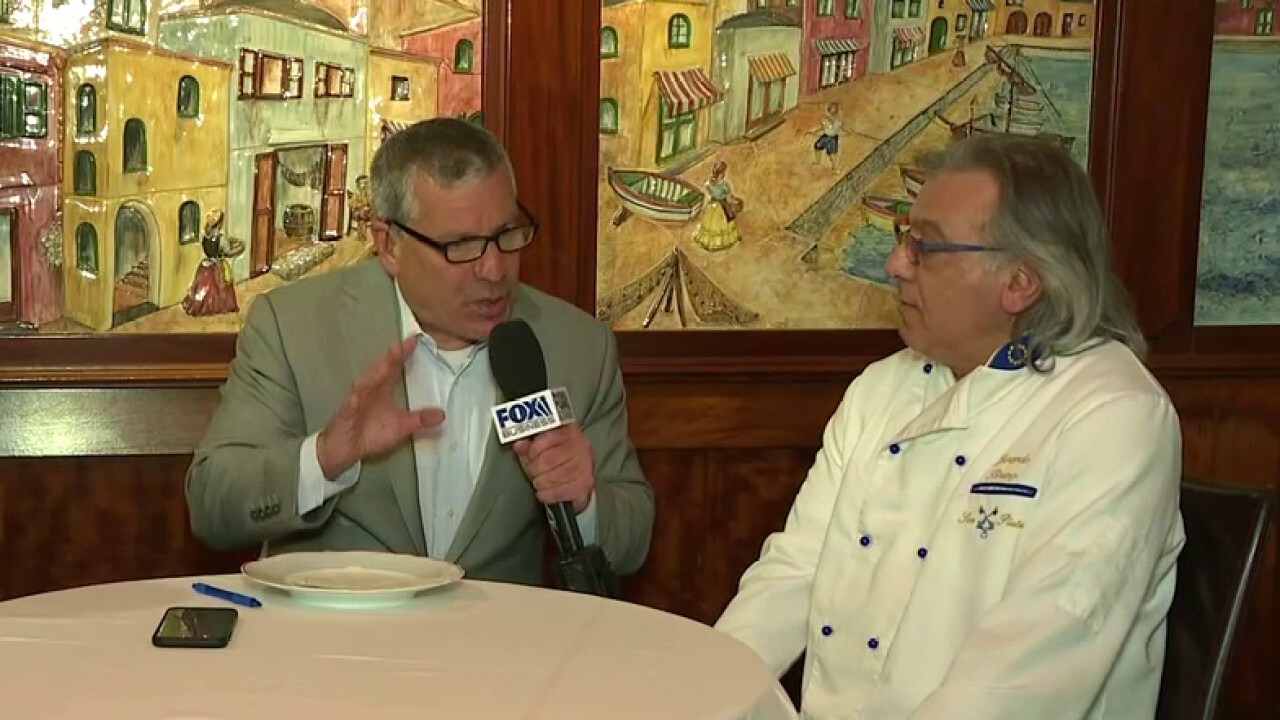 Restaurants are 'ground zero' for the labor shortage: Gasparino

Rep. Kevin Brady, R-Texas, on Friday blasted the May jobs report for "falling-well short of expectations" and blamed President Joe Biden's policies for an economic outlook that "mirrors the stagnant 1970s."

Brady, the top Republican on the House Ways and Means Committee, blamed the slower-than-anticipated recovery on the generous $300 per week federal unemployment benefits and his January executive action that made it easier for people uncomfortable going back to work over coronavirus safety concerns to collect benefits.

Biden is sending a message to "stay at home rather than accept that suitable job offer," Brady said on a phone call with reporters Friday.

"I…lay this slower jobs recovery at the feet of President Biden's policies."

The Labor Department said in its Friday report that employers added 559,000 jobs last month and the unemployment rate fell to 5.8%, missing Wall Street's expectations for a gain of about 650,000. Still, it marked a vast improvement from April, when the economy added a revised 278,000 jobs – much smaller than the 1 million forecast by Refinitiv economists.

Biden on Friday called the jobs report "great news" and said it's proof his economic vision is working. He doubled down on his call for additional federal spending through his multi-trillion-dollar infrastructure and social safety net programs known as the American Families Plan and the American Jobs Plan.

"None of this success is an accident," Biden said during brief remarks in Rehoboth Beach, Delaware. "It isn't luck … It's due in no small part to the bold action we took with the American Rescue Plan. This is progress that's pulling our economy out of the worst crisis in the last 100 years."

But Brady said it's time for Biden to abandon "his obsession with more emergency spending and endless government checks."

"Here is yet another jobs report falling well short of expectations," said Brady, who called the previous April jobs report "disastrous. "Long-term unemployment in America is higher now than when the pandemic started and labor force participation mirrors the stagnant 1970s.

"People are not coming off the sidelines for jobs, even with record job openings."

U.S. companies have had a difficult time finding workers as a supplemental unemployment benefit of an extra $300 per week has encouraged many to stay home, according to Republicans. At least 25 states have announced plans to end the benefits earlier than their September expiration.

The labor force participation rate was little changed at 61.6% and has remained between 61.4% and 61.7% since last June. The reading was 1.7 percentage points below where it was in February 2020. Average hourly earnings rose 15 cents to $30.33 while the average workweek held at 34.9 hours for the third month in a row.

Economists say the labor market's recovery could continue to run below its potential until the benefits are phased out.