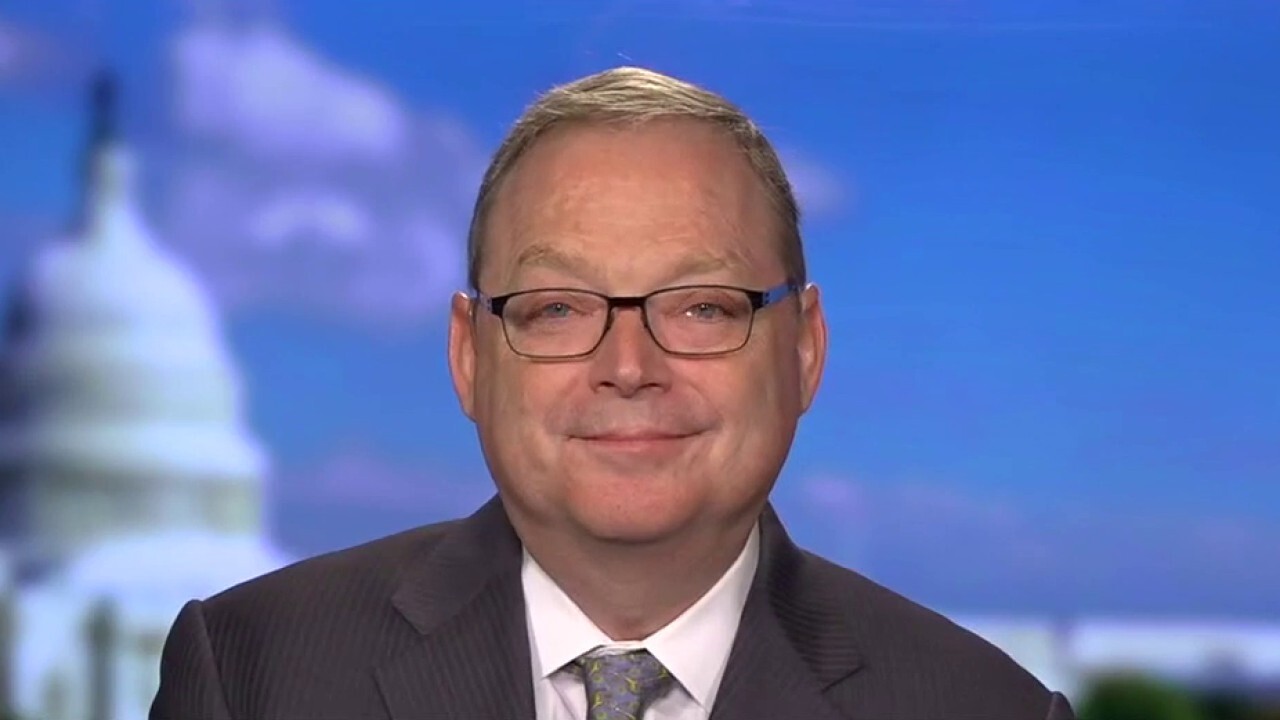 No sign inflation is slowing down: Former White House economist

Top congressional Democrats Wednesday said they have a lot to do to address inflation, as numbers released Wednesday morning show continued high prices just a few months before the midterms.

"As President Biden has indicated, we are going to work and focus like a laser beam on dealing with the inflationary pressures that the American people are experiencing in terms of food prices, certainly in terms of gas prices, and every other day-to-day kitchen table pocketbook issue," House Democratic Caucus Chair Hakeem Jeffries, D-N.Y., said Wednesday.

April's inflation numbers were 8.3% year-over-year, underscoring how much prices have risen since early in President Biden's term.

The month-over-month number was 0.3%, which is significantly lower than recent months. But experts say that was likely driven by decreasing prices in cars and energy while most other prices increased.

INFLATION EXPECTED TO DRAG ON DEMOCRATS UNTIL MIDTERMS, EXPERTS SAY, AS IT HITS 8.3% IN APRIL

Jeffries continued to say Democrats are working inflation related issues which "Republicans talk about, but do nothing about." He said Democrats' COVID-19 spending bill in early 2021 helped right the economy with stimulus checks, school funding and by increasing vaccination rates.

"There's more work that needs to be done," Jeffries added. "President Biden has already indicated that we're focused on doing the work, lowering costs for everyday Americans, and Democrats will continue to deliver."

As far as the work that Democrats will do, House Majority Whip Steny Hoyer, D-Md., told reporters Wednesday he expects the House will move on a price-gouging bill related to the Federal Trade Commission (FTC) next week.

Hoyer added that the House could take even more action to fight inflation.

"Other options are under consideration," Hoyer said, and the fact it's moving on an FTC bill soon "does not preclude" votes on others. Specifically, Hoyer said, "I certainly hope and pray and am working toward," passing a bill on U.S. competition with China before the midterms.

Sen. Mark Kelly, D-Ariz., agreed that passing the China bill, which has gone by several names and is now in conference between the House in Senate, will help lower prices for Americans.

"We've got to do a lot to address this," Kelly said. "Getting this CHIPS Act across the finish line is going to be a big deal at least with semiconductors to get the cost, you know, get these semiconductors addressed."

"In Arizona, gas is still over $4.50 a gallon… across the country it's the highest it's ever been," Kelly said of Thursday's inflation numbers being slightly lower in April compared to other recent months.

"Families are still struggling with higher prices," Sen. Elizabeth Warren, D-Mass., said. She blamed "supply chain tangles, the war in Ukraine, price gouging and a long-term refusal by Republicans to make the investments in child care, in college, that would relieve costs for middle-class families."

Warren added: "There's a lot of work to do on all of those fronts, but the Biden administration is in there trying to make it happen."

Republicans, meanwhile, blame the Biden administration for high prices. They argue that spending, such as last year's virus stimulus bill, is contributing to inflation. Other fiscal policies, like the continued pause on student loan debt payments, are contributing as well, Republicans say.

Committee for a Responsible Federal Budget policy director Marc Goldwein said in an interview that the president could be doing more to tamp down inflation.

"They're continuing to do executive orders that increase the deficit like extending the student loan pause and debt forgiveness and things like that," Goldwein said. "There's got to be some kind of shift in fiscal policy to focus a little bit more on deficit reduction, especially in the health care space where government basically already sets the prices."