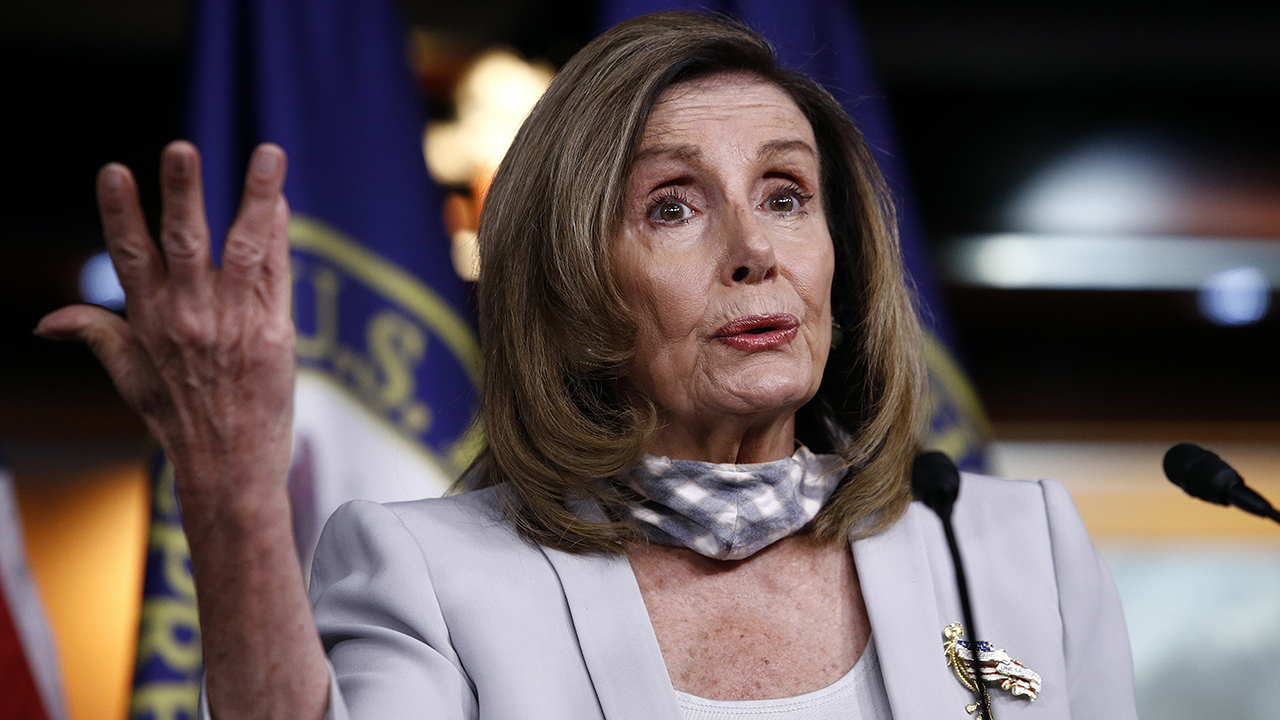 House Democrats took a recess to tweak a stopgap spending bill to include farm aid ahead of a potential vote Tuesday evening.

The bill would stave off a shutdown and keep the government funded through Dec. 11. The government would shut down Oct. 1 if the bill is not passed.

Senate Majority Leader Mitch McConnell, R-K.Y., said the message of the House bill to farmers was “drop dead.” Democrats from farm country also insisted Pelosi include the money in the bill.

Farmers are suffering from low commodity prices and the effects of higher tariffs imposed by the Trump administration. President Trump announced a new $13 billion allotment of bailout funding at a political rally in Wisconsin last week; the provision would keep the door open for additional election-eve pronouncements.

Democrats have argued that including the farm aid funding in the spending bill amounts to a “political slush fund” and softens the blow of the president’s trade policies.

TRUMP ANNOUNCES $13B WORTH OF NEW RELIEF FUNDING FOR US FARMERS

Speaker Nancy Pelosi, who’s been negotiating with Treasury Secretary Steve Mnuchin, said she hopes the House has a bill to vote on Tuesday night.

"We'll have an announcement soon," she said.

Her requests for funds related to the Census and state elections help were denied by GOP negotiators.

The stopgap funding bill comes as negotiations have collapsed for a fresh round of coronavirus relief and have been put to the wayside as Congress embarks on a bloody battle over the Supreme Court seat vacated by Supreme Court Justice Ruth Bader Ginsburg’s death.

The legislation would keep every federal agency funded at current levels through Dec. 11, as none of the regular appropriations bills for fiscal year 2021 will be completed in time.

The measure also extends many programs whose funding or authorizations lapse on Sept. 30, including the federal flood insurance program, highway and transit programs, and a long set of extensions of various health programs such as a provision to prevent Medicaid cuts to hospitals that serve many poor people.

Fox News' Chad Pergram and The Associated Press contributed to this report.