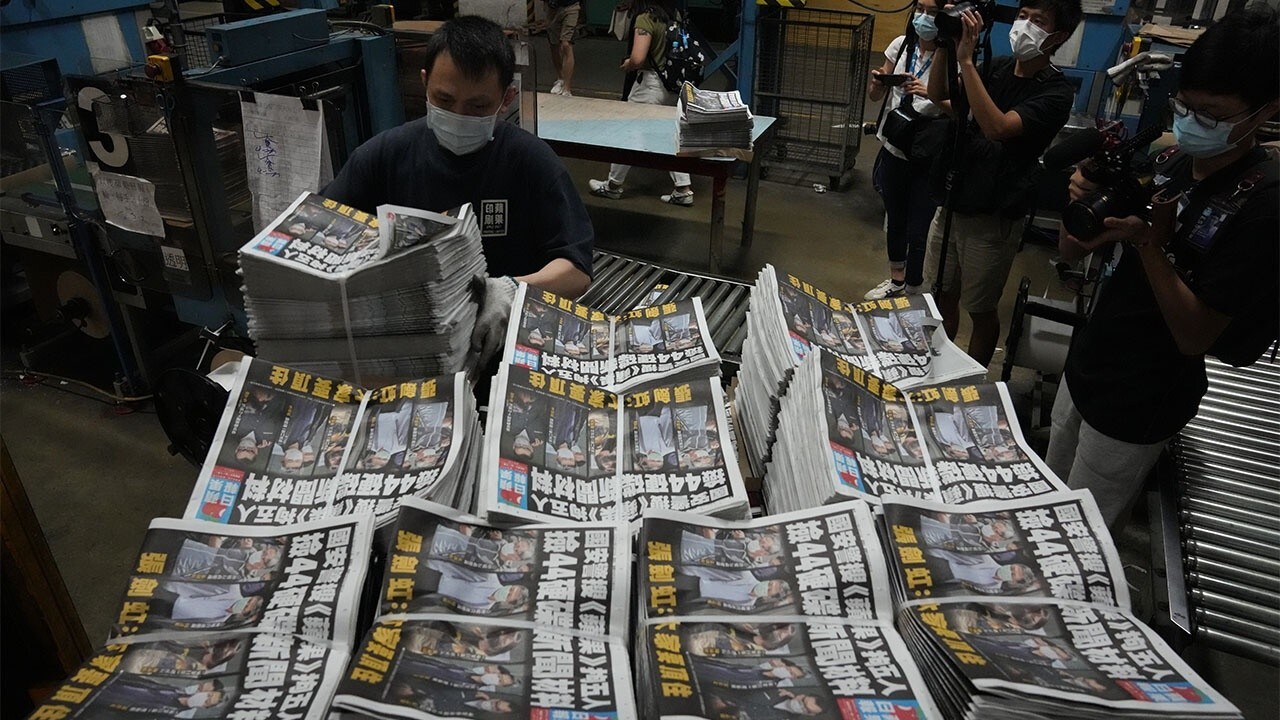 The last edition comes after the newspaper said police raided its offices last week, arresting five editors and executives who are still awaiting their release and freezing $2.3 million in assets linked to the outlet.

"It's a sad and alarming development. It's not entirely unexpected given the Beijing authorities and Hong Kong government have been grinding toward this goal," Former Deputy National Security Advisor Stephen Yates said Wednesday on FOX Business' "Mornings with Maria."

He added that Beijing and the Communist Party of China (CCP) "trying to destroy" Jimmy Lai, the founder of the newspaper and its parent company, Next Media Co., Ltd.

"There's the closing of free speech, but I think [it's] an attack on entrepreneurship and the model of success that Hong Kong had embodied. It's police action — it was not done by a judicial process. It's killing a company in the value of hundreds of millions of U.S. dollars. If Hong Kong thinks they can continue as an international hub after actions like this, I think they're wrong," Yates said.

Copies of the Apple Daily newspaper are packed at the printing house in Hong Kong. (AP Photo/Kin Cheung)

Next Media announced in a Wednesday post on the newspaper's website that all electronic news will be suspended starting Saturday at 11:59 p.m. HKT, and its final print edition will be published Thursday.

"Thank you to all readers, subscribers, ad clients and Hong Kongers for 26 years of immense love and support. Here we say goodbye, take care of yourselves," an English translation of a note on the paper's website reads, according to Reuters.

MEDIA CENSORSHIP IN CHINA HAS CONTAMINATED THE US: GEN. JACK KEANE

A suspension notice will be displayed on the newspaper's homepage after it is shut down on Saturday, according to the note.

An adviser for Lai, 73, called last week's raid a "blatant attack." Lai founded the paper in 1995 following the city's passage of the Bill of Rights Ordinance.

The media mogul and nine others, including pro-democracy activist Agnes Chow, were arrested in August of 2020 for taking part in 2019 pro-democracy protests and "colluding with foreign powers," activist Samuel Chu tweeted at the time.

Hong Kong authorities "barged into the headquarters of Apple Daily" on August 10, 2020, "to search and brutally trample on the freedom of the press," Apple Daily reporter Koo Lap wrote in an editorial piece for the newspaper at the time.

Lai was again sentenced to serve another 14 months in late May over his 2019 protest activity on top of the 14-month term he was already serving. 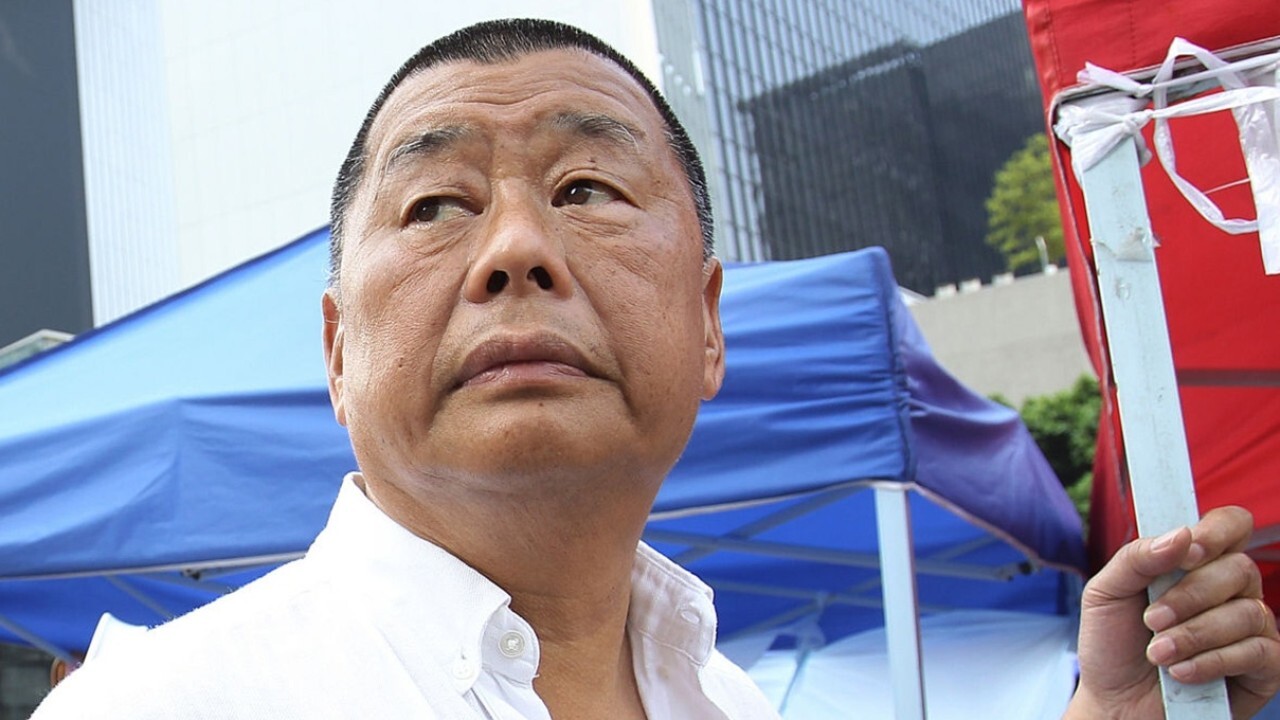 WSJ editorial board member Bill McGurn discusses freedom fighter Jimmy Lai being sentenced to 14 months in a Hong Kong jail for a peaceful assembly during which he spoke out against the Chinese Communist Party.

The Apple Daily founder is also being investigated under the city’s sweeping national security law, imposed last year, on suspicion of colluding with foreign powers to intervene in the Hong Kong affairs.

Beijing implemented its National Security Law in June of 2020 to give the Chinese government more control over Hong Kong residents and stifle protests that took over the city-state in the summer of 2019. The law gives permission for authorities to conduct raids on Hong Kong businesses without search warrants.

"Whatever comes, I will have to meet up to it," Lai said in a May 26, 2020, interview with FOX Business' Maria Bartiromo when asked whether he feared arrest.

Fox News' Edmund DeMarche and The Associated Press contributed to this report.