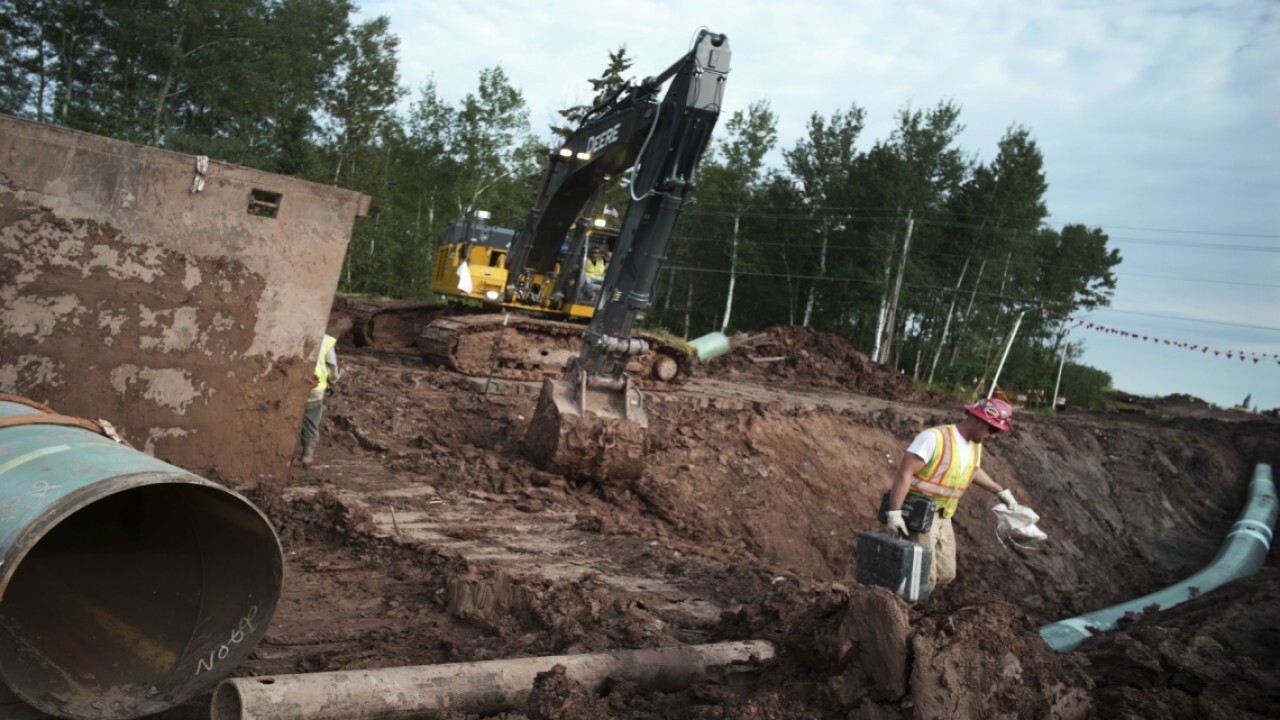 The average price of gas in the United States has hit a 12-month high, according to new data Thursday from Gas Buddy.

The average retail gas price in the United States is now $2.50 per gallon after soaring from an average price of $1.74 per gallon in April 2020. In February of last year, Gas Buddy's chart shows gas prices were about $2.42 per gallon and proceeded to rise slightly before plummeting as the coronavirus pandemic spread across the country.

Gas Buddy senior petroleum analyst Patrick De Haan told FOX Business that a significant contribution to the increase is related to the recovery from COVID-19 as well as rising oil demand globally against the Organization of Petroleum Exporting Countries' (OPEC) decision to cut production.

"Unfortunately prices are likely to continue rising in the weeks and months ahead so long as we continue to see improvement in the pandemic," De Haan added, "They could rise another 15 to 35 cents a gallon by summer, [it's] all really contingent on what happens in the months ahead with COVID."

OIL PRICES NEAR THEIR HIGHEST LEVELS SINCE AROUND BEGINNING OF PANDEMIC

The new data comes as President Biden is facing pressure from progressive Rep. Ilhan Omar, D-Minn., to cancel the Enbridge Line 3 pipeline project as well as a letter signed by dozens of celebrities to shut down the Dakota Access Pipeline for good.

Omar alleged in a letter to Biden that the Line 3 project, which began construction in December to replace the deteriorating pipeline that was built in the 1960s, had “disproportionate impacts on indigenous communities” and that the Canadian firm behind its construction, Enbridge, had an “abysmal safety and spill history in the U.S.”

She went on to explain that the greater issue at stake is climate change, arguing that “we cannot afford to build more fossil fuel infrastructure.”

“That is especially true for projects like Line 3, which are designed for the dirtiest and most carbon-intensive fossil fuel there is, tar sands crude oil,” Omar said. “Climate change is not just a risk, but a risk multiplier – all of the other known impacts of Line 3 will be greatly exacerbated by climate change.”

FORMER KEYSTONE PIPELINE WORKER SLAMS AOC: PEOPLE LIKE HER 'LAUGH AT OUR MISFORTUNE'

Enbridge defended the project in a statement to FOX Business, highlighting the multiple reviews and approvals they have received by regulatory and permitting bodies before construction.

"Enbridge has demonstrated ongoing respect for tribal sovereignty. As the result of negotiations with tribal leadership Line 3 was routed outside of the Leech Lake Band of Ojibwe Reservation and through the Reservation of the Fond du Lac Band of Lake Superior Chippewa," the company said. "Both Leech Lake and Fond du Lac have spoken and written repeatedly in support of project permits."

Omar’s letter to the president came a day after the Minnesota Court of Appeals denied a request by two American Indian tribes to shut down the construction of the project.

Opponents, led by the Red Lake Band of Chippewa and White Earth Band of Ojibwe, said in their petition that construction would destroy land that is protected by treaty agreements and would violate cultural and religious rights.

Enbridge said the petition had no merit and did not "recognize the exhaustive and meticulous review" of the project.

In addition, more than 200 celebrities, climate activists, indigenous leaders and more have signed a letter calling on the Biden administration to continue its commitment to addressing the climate crisis by ending the long-disputed Dakota Access Pipeline.

The letter highlights the impact the pipeline would have on indigenous people in the area and the fight to preserve their culture. In July of 2020, a judge ordered the pipeline shut down while an environmental impact study is conducted by the U.S. Army Corps of Engineers.

"We urge you to remedy this historic injustice and direct the U.S. Army Corps of Engineers to immediately shut down the illegal Dakota Access Pipeline while the Environmental Impact Statement process is conducted, consistent with the D.C. District Court’s decision and order. Additionally, the U.S. Army Corps must ensure a robust environmental review with significant tribal consultation, tribal consent, and a thorough risk analysis," the letter concludes. "With your leadership, we have a momentous opportunity to protect our water and respect our environmental laws and the rights of Indigenous people. This is our moment."

The calls come after Biden previously signed an executive order on his first day in office halting the construction of the Keystone XL Pipeline that would transport up to 830,000 barrels of crude oil daily from Alberta, Canada, to Nebraska.

The project -- initially proposed more than a decade ago --would have sustained about 11,000 U.S. jobs in 2021 – including 8,000 union jobs – and generated $1.6 billion in gross wages, according to the Keystone XL website.

Montana Attorney General Austin Knudsen told FOX Business' Varney and Company that he believes Biden "didn’t look into “the legalities” or “the effects on the ground” before halting the project, and is leading the effort to overturn Biden’s executive order with a dozen other state attorneys general.

“I don't think we'd have gotten 13 other state attorneys general to sign on to this if we didn't think we actually had a good legal case to bring here,” he told host Stuart Varney.

“We certainly are reviewing all of our constitutional avenues that we think we can get ourselves into district court on the federal side,” he added. “And I think we're going to be successful there.”

Knudsen added that it’s important to let the president know the decision “is not okay.”

“We're not going to take this idly and [we're] going to keep fighting to keep this project alive,” he said. “It's too vital to a state like Montana.”

Berg Pipe announced 106 workers will also face layoffs, furloughs or a reduction of hours beginning in April. A number of temporary workers have already been let go. Revoking the permit has already resulted in 1,000 layoffs at the Alberta, Canada-based TEC Energy.