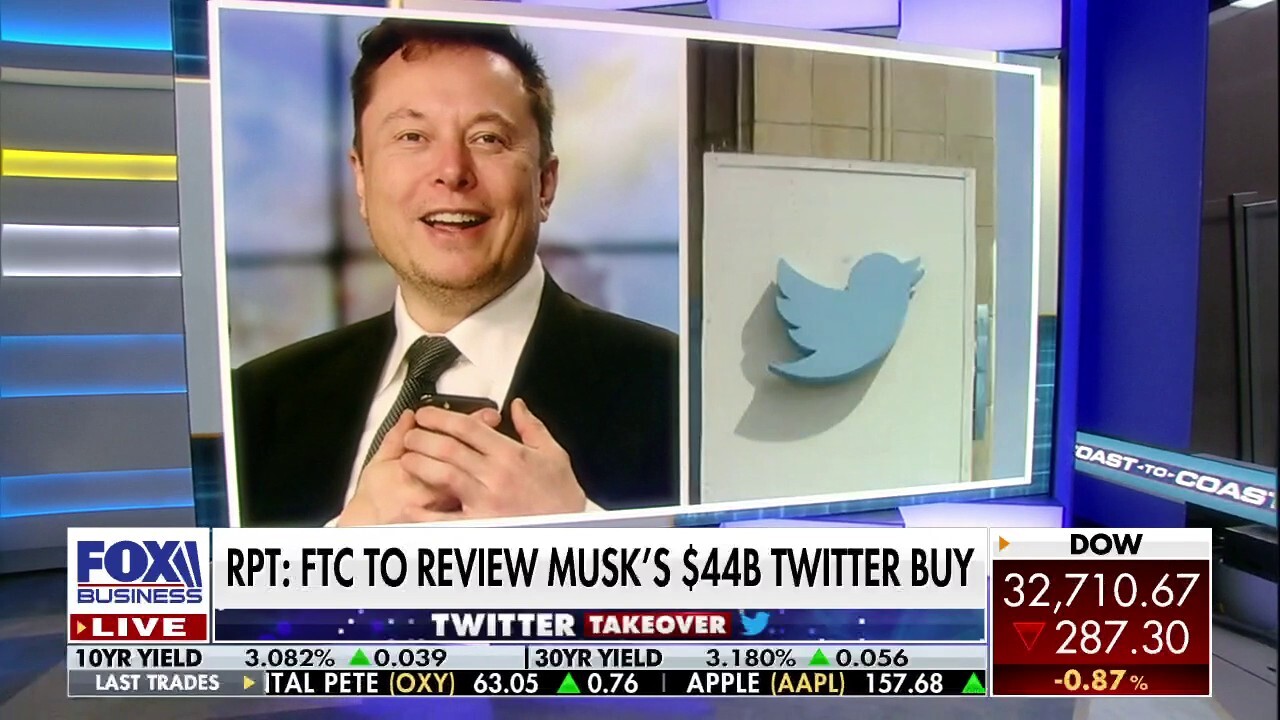 FOX Business correspondent Kelly O'Grady has the latest on the Tesla CEO's purchase of social media giant on 'Cavuto: Coast to Coast.'

The head of the Biden administration's new Disinformation Governance Board pitched the idea of allowing verified accounts to "edit" Twitter and add context to others' tweets, roiling Tesla CEO Elon Musk, whose $44 billion bid for the social media platform was accepted last month.

"Verified people can essentially start to ‘edit’ Twitter the same sort of way that Wikipedia is, so they can add context to certain tweets," Nina Jankowicz said during a Zoom meeting, noting that she's verified, but there are "a lot of people who shouldn't be verified who aren't, you know, legit."

"Just as an easy example, not from any political standpoint, if President Trump were still on Twitter and tweeted a claim about voter fraud, someone could add context from one of the 60 lawsuits that went through the court or something that an election official said," Jankowicz added in the clip, which has recently gone viral on social media.

It's unclear when the Zoom meeting took place. The Department of Homeland Security, which the Disinformation Governance Board falls under, did not respond to a request for comment on Thursday. Homeland Security Secretary Alejandro Mayorkas has admitted that his department did not vet her social media presence before hiring Jankowicz to run the controversial board.

Musk called the idea "disconcerting" on Thursday evening, then followed that up about 30 minutes later by tweeting, "Don’t Diss Information."

The Tesla CEO has pitched several potential changes to Twitter since his bid was accepted by the board last month, including reversing former President Trump's ban, open-sourcing the platform's algorithm, adding a slight fee for government accounts, and general promoting free speech on what he has called the "de facto public square."

"I invested in Twitter as I believe in its potential to be the platform for free speech around the globe, and I believe free speech is a societal imperative for a functioning democracy," Musk wrote in an SEC filing.

Elon Musk attends The Metropolitan Museum of Art's Costume Institute benefit gala celebrating the opening of the "In America: An Anthology of Fashion" exhibition on Monday, May 2, 2022, in New York.  (Photo by Evan Agostini/Invision/AP / AP Newsroom)

He has also expressed interest in an edit function for users to tweak their own tweets, polling users about it in early April.

Jancowicz's new role as head of the Disinformation Governance Board was revealed during a congressional hearing on April 27.

Critics have lambasted the new group and Jancowicz's connection, claiming that she has pushed misleading information herself in recent years on COVID-19 and Hunter Biden's laptop.