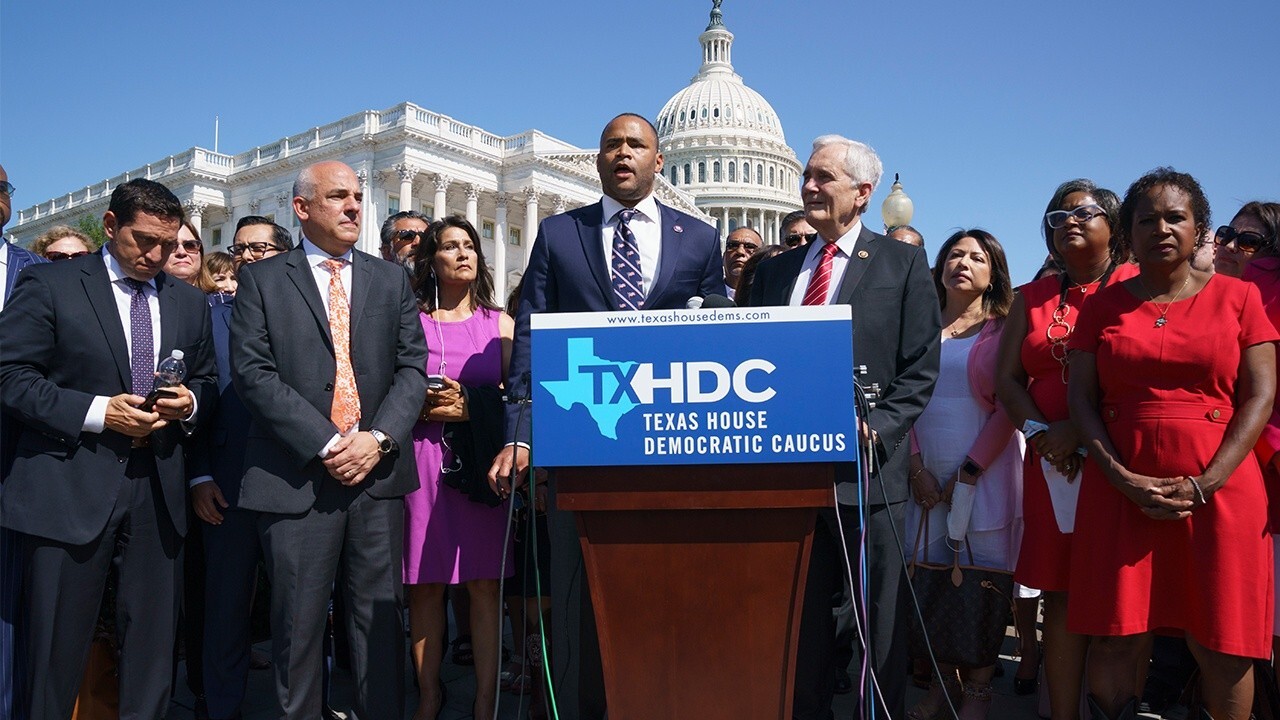 Texas Dems leaving the state over voting bill have put on ‘quite a show’: York

More than 150 companies including Apple, Amazon, Google and Facebook urged lawmakers to introduce and pass legislation reforming voting rights in a letter signed on Wednesday.

The coalition of 160 companies called on Congress to reintroduce the John Lewis Voting Rights Advancement Act, an amendment to the Voting Rights Act known as H4. The act would address a 2013 Supreme Court ruling that made it more difficult for the federal government to block racially discriminatory voting laws and redistricting proposals.

The legislation was named in honor of Rep. John Lewis, the longtime Democratic congressman and civil rights leader who died last year. House Democrats passed the bill last year, but it faces an uphill battle in the 50-50 Senate.

"Despite decades of progress, impediments to exercising the right to vote persist in many states, especially for communities of color," the companies, part of a group of corporate executives known as Business for Voting Rights, wrote in the letter. "We need federal protections to safeguard this fundamental right for all Americans."

Democrats have tried to respond to new voting laws in conservative states like Georgia that they say are discriminatory with a sweeping voting and elections bill that Senate Republicans united to block. GOP lawmakers have also criticized the John Lewis Ac, with Senate Minority Leader Mitch McConnell calling the bill "unnecessary."

"While each of our companies is unique, we are united in the belief that every American deserves a voice in our democracy. It is our government’s role to ensure voting is accessible to all," the companies wrote. "We urge Congress to add to the legacy of Representative Lewis by passing Voting Rights Act legislation that assures that every voice is heard."

Companies' political activity is facing growing scrutiny nationwide, with liberals demanding that businesses condemn voting laws that they view as restrictive and rebuke the GOP politicians who support them, while conservatives have slammed the sector for kowtowing to the left.