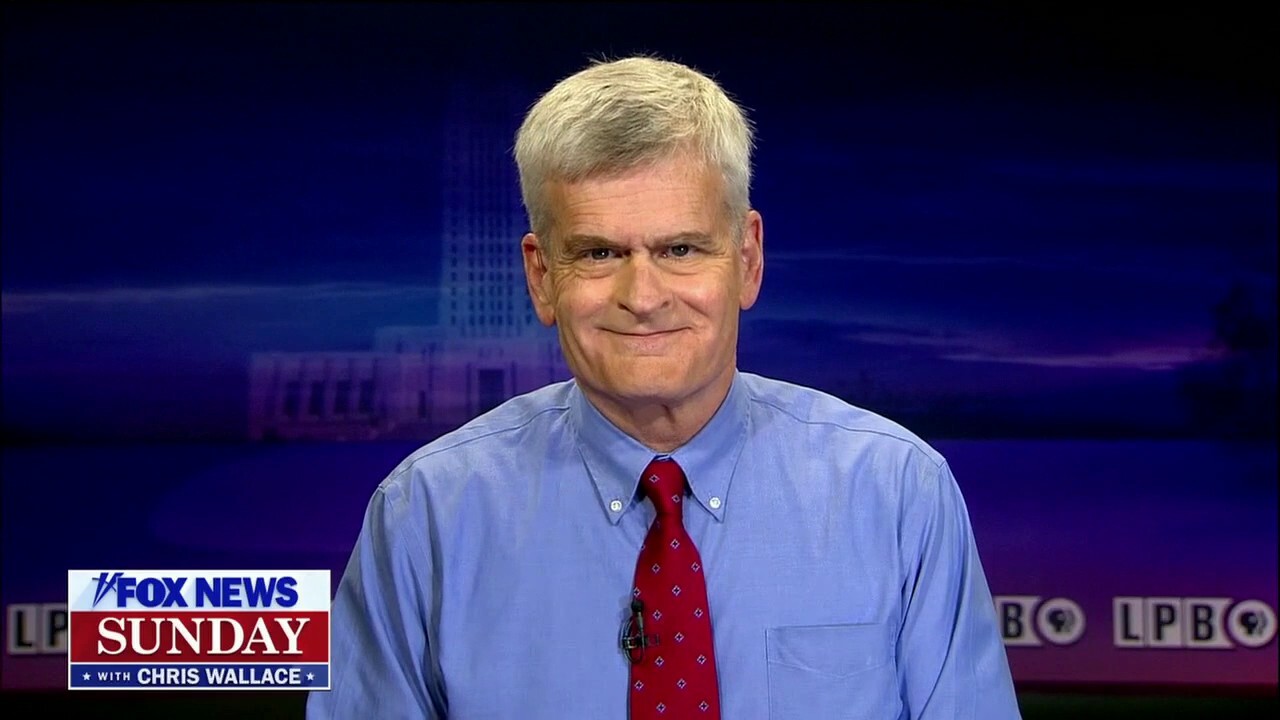 Sen. Bill Cassidy, R-La., on Sunday blasted Senate Majority Leader Chuck Schumer, D-NY., and the White House for rushing toward a preliminary vote on Wednesday on a bipartisan infrastructure plan that Cassidy said has not yet been completed.

"Fox News Sunday" anchor Chris Wallace opened his interview with Cassidy by asking him whether he will vote to advance the $1.2 trillion bill on Wednesday, prompting the Louisiana senator to ask, "How can I vote for cloture when the bill isn't written?"

Cassidy said that unless Schumer is trying to set up the bill for failure, he and the White House need to work with Senate Republicans and make sure there are pay-fors in order to get the bill passed. He continued by saying he believes the Senate needs a "little bit more time to get it right."

Senate Majority Leader Chuck Schumer, a Democrat from New York, speaks during a press conference at the U.S. Capitol in Washington, D.C., U.S., on Tuesday, Feb. 2, 2021. President Biden and congressional Democrats signaled they're intent on a large p

"We need Senate leadership, Schumer and the White House to work with us. Right now I can frankly tell you that they've not," Cassidy said. "We are competing with their $3.5 trillion plan. They want everything reasonable on their side, not helping us. Again, we can pass this, we just don't need programmed failure."

Wallace followed up to clarify whether Cassidy is saying the bill will fail if there is cloture vote Wednesday.

MULVANEY RIPS DEMS’ $3.5T SPENDING BILL: THERE'S 'NO WAY' TO PAY FOR IT

"I just don't know how you have a cloture vote when you don't have a bill ready, when you don't have the pay-for established and so if you will, he's asking us to vote on things that they've not cooperated on how we bring it about, so I have to kind of get my mind around how do we vote on something which is not yet written as we try to get it right," Cassidy said. "We can get it done but if they refuse to cooperate on the pay-fors, it is not going to pass."

Cassidy acknowledged that the bill "could be ready" by Wednesday, but said Senate Republicans need "cooperation" from the White House and Schumer to guarantee there are "good-faith pay-fors."

"If you want to actually have a bipartisan bill that the American people strongly approve of, then cooperate a little bit, we can get this done, we just need a little help," Cassidy said.

Cassidy continued by saying that he believes Senate Republicans can "absolutely" separate the $1.2 trillion bipartisan infrastructure from the $3.5 trillion social spending bill that progressives proposed.

"The $1.2 trillion is good for the United States of America. It would be bipartisan, representing the interest of all 50 states, not just those presented by Democrats," Cassidy said.