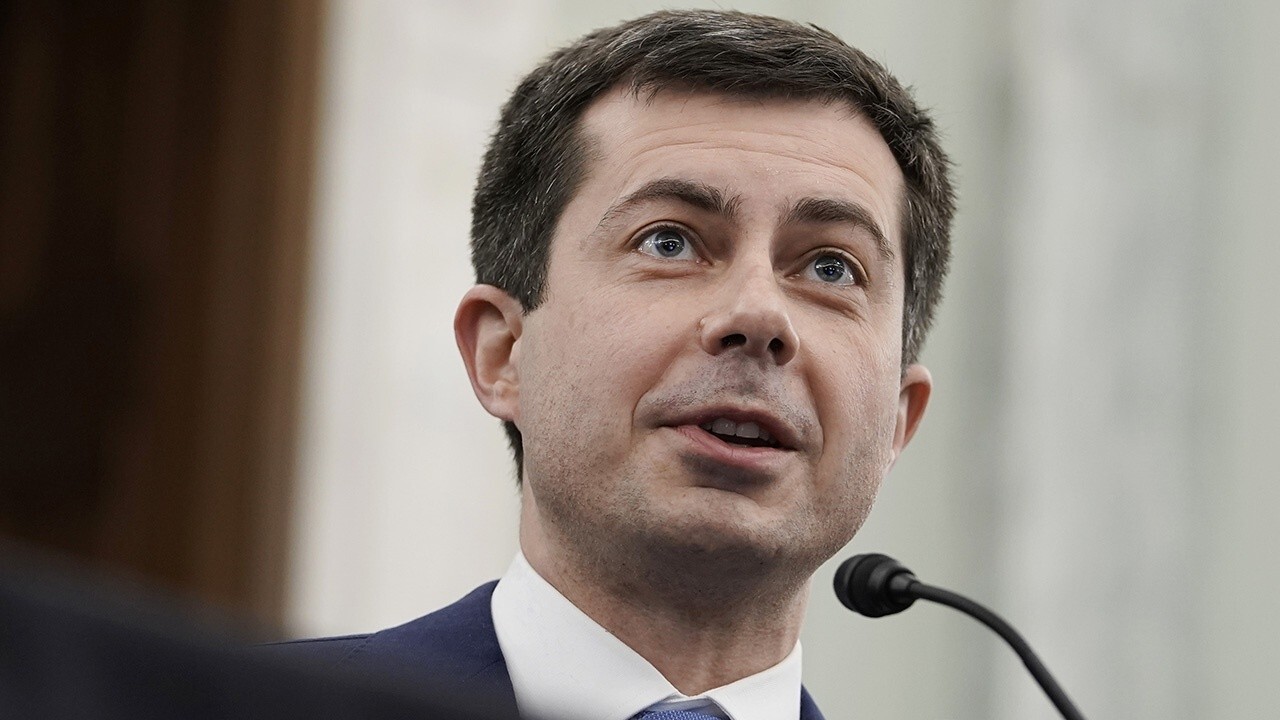 Department of Transportation Secretary Pete Buttigieg said Sunday that America’s supply chain disruptions are expected to continue into next year, claiming the bottleneck has been spurred, in part, by an unprecedented amount of demand brought on by President Biden’s economic recovery.

During an appearance on CNN’s "State of the Union," Buttigieg was asked by host Jake Tapper if Americans should prepare themselves for economic issues like the supply chain disruptions and inflation to get worse before they get better.

BUTTIGIEG 'JOKE' ABOUT SUPPLY CHAIN PRIOR TO CHRISTMAS CRITICIZED

"Certainly a lot of the challenges that we’ve been experiencing this year will continue into next year," Buttigieg responded. "Look, part of what is happening isn’t just the supply side, it’s the demand side. Demand is off the charts. Retail sales are through the roof. And if you think about those images of ships, for example, waiting at anchor on the West Coast – every one of those ships is full of record amounts of goods that Americans are buying because demand is up because income is up because the president has successfully guided this economy out of the teeth of a terrifying recession."

"Our supply chains can’t keep up," he continued. "And of course, our supply chains, that’s a complicated system that is mostly in private hands, and rightly so. Our role is to be an honest broker, bring together all of the different the players there, secure commitments and get solutions that are going to make it easier."

Buttigieg said the supply chain issues demonstrated a need for House Democrats to pass the $1 trillion bipartisan infrastructure bill, which allocates $17 billion to U.S. ports and remains stalled due to party infighting over their $3.5 trillion reconciliation bill.

"This is one more example of why we need to pass the infrastructure bill," Buttigieg said. "There are $17 billion in the president’s infrastructure plan for ports alone. And we need to deal with the long-term issues that have made us vulnerable to these kinds of bottlenecks when there are demand fluctuations, shocks and disruptions like the ones that have been caused by the pandemic."

But pressed by Tapper on whether he was "frustrated" by progressives holding up the infrastructure bill in order to get their bigger bill passed, Buttigieg stressed the need for both bills.

"The reality is that America needs both of those pieces of legislation," he said. "If you care about inflation, you ought to care about not just the supply chain issues, not just the infrastructure things I work on, but also the provisions in Build Back Better like paid family leave, like making it easier to afford child care, like community college, that are going to give us a stronger labor force and help us work on that major constraint on economic growth."

The former South Bend, Indiana, mayor also dodged a question by Tapper on whether it would be "wise" for Americans to get their Christmas shopping done early this year, as the disruptions across the U.S. have left shelves empty ahead of the the crucial holiday shopping period.

"Obviously, every family makes its own preparations for Christmas or the other holidays," Buttigieg said.

His comments come days after President Biden announced that the Ports of Los Angeles will remain open for 60 extra hours per week to feed in shipments. On Friday, the transportation secretary told "Special Report" host Bret Baier that the demand represented a "policy success."