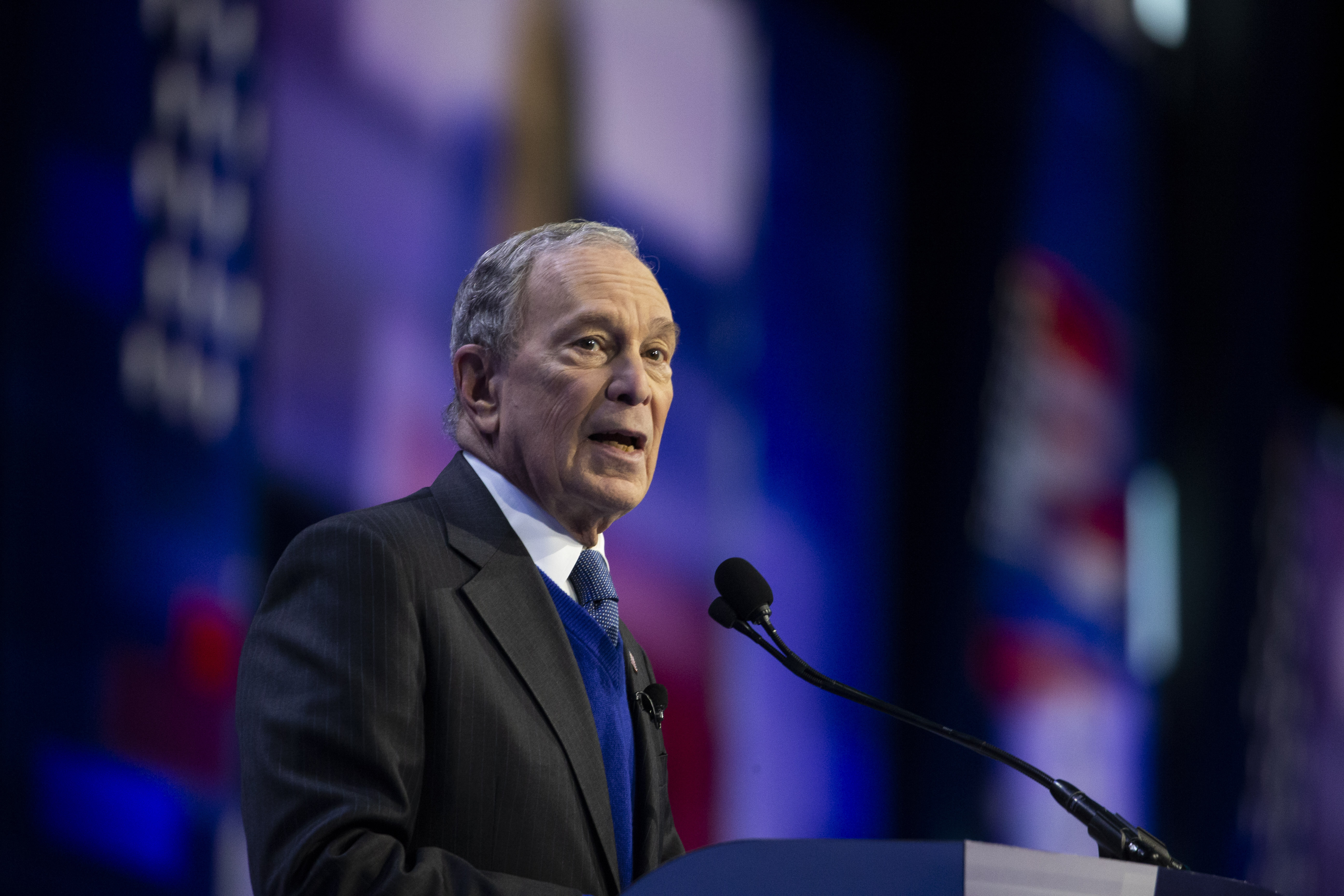 Get all the latest news on coronavirus and more delivered daily to your inbox  Sign up here.

NEW YORK  — Nearly two months after an embarrassing end to his presidential campaign, Mike Bloomberg is again deploying his massive personal fortune – this time to combat the coronavirus.

The billionaire former New York City mayor is spending tens of millions of dollars to bolster social services, feed first responders and help local officials trace the spread of the coronavirus in the city that has become the epicenter of the pandemic in the United States.

The effort is in line with Bloomberg’s long-standing interest in scientific research and public health. But it’s also an opportunity for him to rebuild an image that was badly damaged earlier this year by accusations from some Democrats that he was trying to buy the White House. He spent more than $1 billion on a campaign that ultimately resulted in just one primary victory, in American Samoa.

“He is really good at a lot of things, but he’s really, really good in crisis, in organizing, in bringing people together and making plans and executing,” said former Philadelphia Mayor Michael Nutter, who served as a national co-chair for Bloomberg’s presidential bid.

BLOOMBERG SPENT MORE THAN $1B ON FAILED PRESIDENTIAL CAMPAIGN

Bloomberg plans to spend $10.5 million to build a contact tracing program, which would help local officials follow the spread of the virus in an effort to contain it. The work will center on New York City, but also go into neighboring jurisdictions.

The effort, which requires a massive data operation and significant budget, was seen as a natural fit, according to two people close to the former mayor who spoke on condition of anonymity to discuss his thinking.

Beyond the New York contact tracing work, Bloomberg’s philanthropic operation announced a $40 million pledge to support efforts to curb the spread of COVID-19 in low- and middle-income nations.

Though Bloomberg didn't win the Democratic presidential nomination, his coronavirus response could still leave him as a counter to President Donald Trump, whose handling of the pandemic has been criticized as too slow. It would mark the latest twist in the complicated relationship between the two New Yorkers.

Bloomberg, whose wealth far exceeds that of the president, belittled Trump on the presidential campaign trail. Trump reveled in his defeat, calling him “Mini Mike” and saying he “didn't have what it takes” to be president.

While Bloomberg's allies say their fields of influence may overlap because of the coronavirus response, they note the two haven’t spoken since the weeks following Trump’s November 2016 victory.

At the time, the president-elect recited his personal cellphone number to Bloomberg before the men hung up, but the former mayor didn’t write the number down. When an aide expressed surprise, Bloomberg indicated there was no point in writing down the number because he would never use it, according to an aide who spoke on the condition of anonymity to describe the private conversation.

‘NO EVIDENCE’ THAT RECOVERED COVID-19 PATIENTS CANNOT BE REINFECTED: W.H.O.

While Trump made his name in real estate, Bloomberg built a personal fortune from his namesake financial data and media organization. He served three terms in City Hall before running for president.

As he turns his focus to the coronavirus, Bloomberg is leaning on his political connections to connect local officials with national leaders. On Friday, local leaders heard from House Speaker Nancy Pelosi. Former Presidents Barack Obama, George W. Bush and Bill Clinton have joined previous events.

A Bloomberg aide also said he’s had personal conversations with a number of European leaders in recent weeks about the coronavirus response, and the firm is planning to roll out a new global initiative soon that is partly the result of those talks.

But some of those who have known Bloomberg the longest say that while his involvement in the coronavirus fight is welcome, this may mark just the latest move in a long history of philanthropic giving with political aims.

George Arzt, a veteran New York political operative and former press secretary for Mayor Ed Koch, noted that Bloomberg’s primary loss launched a month of negative headlines, including stories about failing to pay staff as promised. Bloomberg's work on the coronavirus response could overshadow such criticism.

“He had a couple of bad stories, and he needed some reputation doctoring," Arzt said. "He did that by giving the money for testing. Gov. Cuomo, who was not always on friendly terms when Mike was mayor, said glowing things about him.”

“When you have the resources, you can mend your reputation quite easily,” Arzt added.

FAMED ECONOMIST WRITES $100B PLAN TO TEST ALL AMERICANS

Manhattan Borough President Gale Brewer noted that, during his mayoral tenure, Bloomberg was known for making charitable contributions that helped make up for some of the steep cuts he enacted in the city’s budget, or for donations that might help quiet his opposition.

“I don’t know how much of it was from the heart, because you believe in it, or how much was strategic,” she said.

As a presidential candidate, Bloomberg didn’t shy away from the advantage his billions have afforded him. He often touted the successes he helped pay for, noting his spending helped shut down 300 coal-fired power plants, strengthen gun laws in 20 states and flip the U.S. House to a Democratic majority.

But those directly involved in some of the initiatives Bloomberg has launched in response to the coronavirus say, regardless of the motivation, he’s filling a vacuum in leadership left by the White House. Stephen Benjamin, the Columbia, South Carolina, mayor who served as a co-chair on Bloomberg's campaign, has participated in the weekly conversations with mayors.

“There are challenges with the messages resonating from the White House,” he said, pointing to the president's heavily criticized suggestion that Americans inject themselves with “disinfectants” to cure the coronavirus.

“But there are also inconsistencies coming from our governors," Benjamin said. "In trying to cut through the noise and come up with thoughtful, public-health-driven, pragmatic solutions to help our communities deal with it — that’s Mike Bloomberg’s and Bloomberg’s Philanthropy’s sweet spot.”