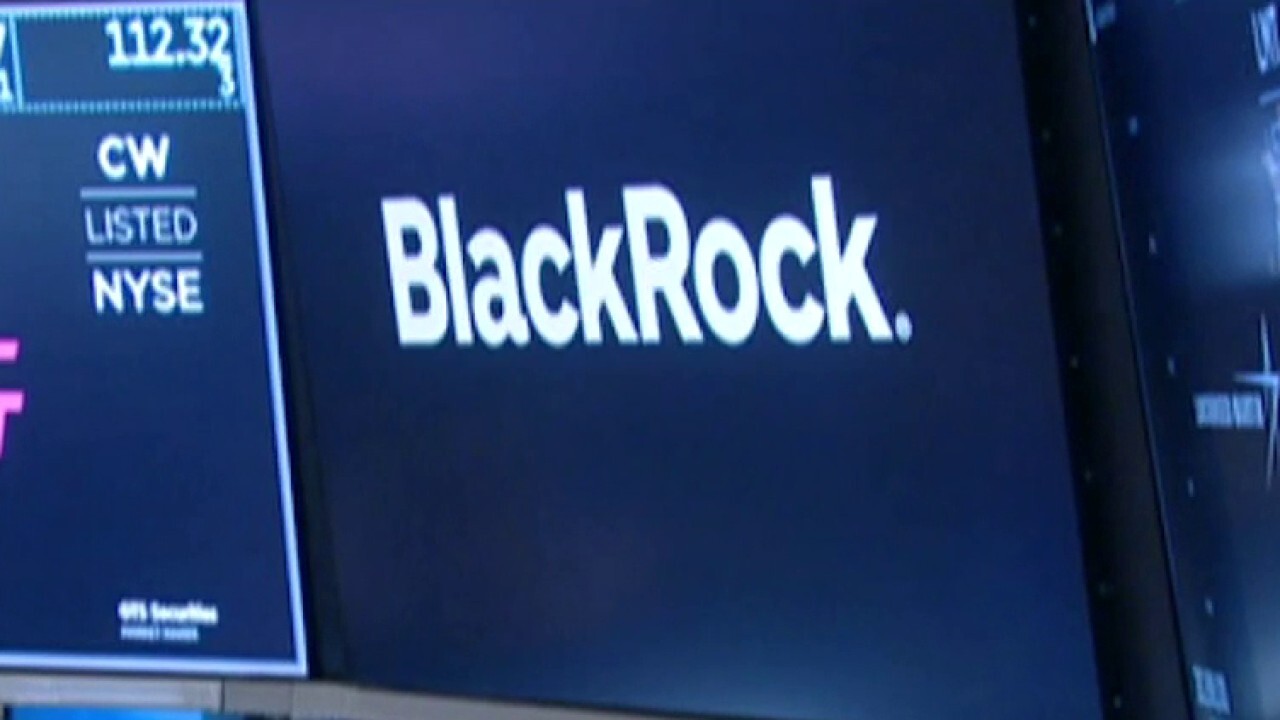 FIRST ON FOX - Consumers' Research, an educational nonprofit that shares consumer information, on Thursday morning sent a letter to 10 governors warning them of the investment management company BlackRock's ties to China.

Consumers' Research executive director Will Hild sent the letter to the governors of Washington, Florida, New York, Nevada, South Carolina, Oklahoma, Pennsylvania, Montana, Nebraska and West Virginia – the 10 states with the top 10 state pension fund investments with BlackRock – to "raise awareness among American consumers that BlackRock is taking their money and betting on China."

"BlackRock’s funneling of billions in U.S. capital to China carries with it risks not present in other markets, risks that threaten the large wagers the company is putting on steep returns from the Middle Kingdom," Hild wrote.

"…Chinese firms are not held to the same transparency standards as their western counterparts, so foreign investors are often hard pressed to appreciate the true risk profile of what they’re investing in," he added.

Hild urged governors to "do their due diligence in educating themselves and their staff on the multiple risks posed by BlackRock’s extensive investments in Chinese companies, both from an ethical standpoint as well as the fiduciary responsibility owed to U.S. pension holders and retirees."

A BlackRock spokesperson told FOX Business that the U.S. and China "have a large and interconnected economic relationship."

"We recognize that our stakeholders have differing views on China — BlackRock takes those concerns seriously," the spokesperson said. "We seek to balance the concerns of our stakeholders with our role as a global investor and fiduciary working for our clients as we navigate this very complicated relationship between the US and China. Our approach to Chinese-related investments is consistent with U.S. foreign policy."

Consumers' Research also issued a "Consumer Warning" on Thursday morning highlighting some of BlackRock's work in China, noting that the investment company, which has about $10 trillion under its management, first opened its Beijing office in 2008.

BLACKROCK RESPONDS TO SOROS' CRITICISM OF ITS CHINA INVESTMENTS

After introducing mutual funds into China, the company told its clients to invest in the country, pushing billions of dollars into the world's second-largest economy. It is the first foreign-owned, asset management company based outside of China that has received approval from Chinese President Xi Jinping to start a mutual fund business in the country, according to Reuters.

In 2020 amid the COVID-19 pandemic, BlackRock CEO Larry Fink said he continues to believe "China will be one of the biggest opportunities for BlackRock over the long term, both for asset managers and investors, despite the uncertainty and decoupling of global systems we’re seeing today."

While a good relationship with China may be lucrative for the company, Consumers' Research says BlackRock has "turned a blind eye to the CCP’s malign behavior and worse, sending American pensions to China to support it."

"Despite China’s status as a significant threat to American security, BlackRock has poured large capital investments into companies closely linked to the Chinese military," the Consumer Warning reads. "BlackRock has shown that its relationship with the CCP is more important than America’s national security interests."

While it is illegal for U.S. investors to own direct shares of Chinese firms, "investors in BlackRock’s funds own shares of shell companies set up in the places like the Cayman Islands that have profit sharing agreements with Chinese companies," the Consumer Warning reads.

The warning also notes that under a 2017 Chinese law introduced by President Xi Jinping states that the country's companies must comply with government requests for intelligence information. Additionally, Chinese companies are not subject to the same reporting requirements as U.S. companies.

CHINA PLANS TO BAN US IPOS FOR DATA-HEAVY TECH FIRMS

BlackRock added in its statement that the assets it manages are not BlackRock's but belong to its clients.

"Our obligation as an asset manager and a fiduciary is to manage those assets consistent with our clients’ preferences. It is their choice where their assets are invested," the spokesperson said. "BlackRock supports our clients in making informed investment decisions by providing clear and current disclosure of all material risks associated with different investment products and markets."

The spokesperson continued: " As China's financial services industry matures, a more robust regulatory and legal framework will be essential to building even more trust and confidence of global investors, and Chinese savers. BlackRock is committed to continually pushing for improved standards, governance, and accounting transparency from all companies and countries wherever they are operating in the world. Our approach to China will be no different."

Consumers' Research is recommending that retail investors with exposure to BlackRock "consider the risks" associated with its services; BlackRock employees consider contacting their human resources department to see if BlackRock manages their company's 401(k) accounts or pensions funds; and those with state or municipal pension contact state officials to do the same.

The letter comes after the U.S.-China Economic Security Review Commission issued its annual report to Congress recognizing the Chinese Communist Party's "undeniable success" in its 100th year of existence but warning that "CCP leaders publicly express confidence that China will prevail in an ideological and civilizational clash with the United States and other democracies."

A summary of the report also acknowledges that China is facing a number of economic challenges, including "growing debt, income inequality, demographic decline, and technological dependence on the United States."