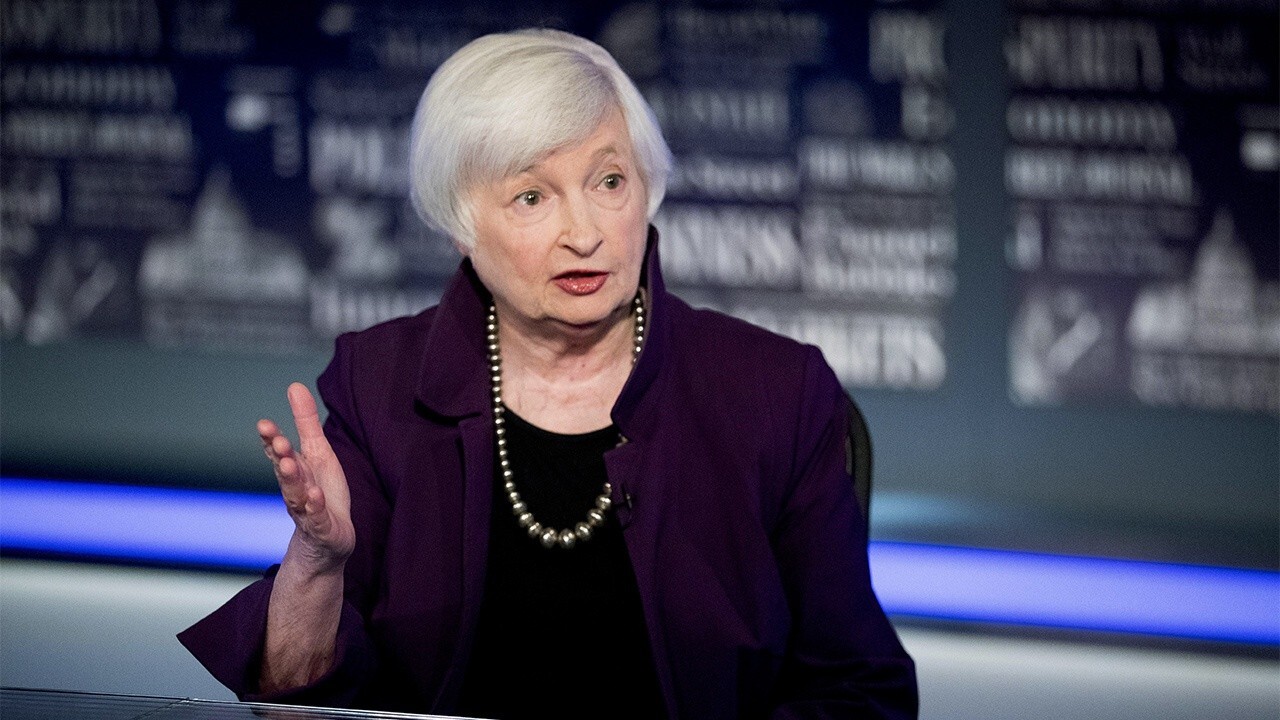 The Biden administration is dispatching Treasury Secretary Janet Yellen to pitch White House spending initiatives and quell growing public unrest about the state of the U.S. economic recovery from the coronavirus pandemic.

The new position has forced Yellen to navigate a deeply divided Washington as she works to sell the president's multi-trillion dollar economic agenda and urge Congress to raise the debt ceiling, while simultaneously downplaying concerns about surging inflation and a worsening labor shortage —  a far cry from her previous job as chairwoman of the decidedly apolitical Federal Reserve.

In recent weeks, Yellen has become a stalwart guest on various cable news programs, including on Sunday, when she appeared on CNN to defend President Biden's $1.5 trillion social-spending package.

Although Democrats are still hashing out specific details, the measure could include several deeply controversial proposals, such as a plan that would force banks and other financial institutions to turn over more customer information to the IRS and a tax that targets the unrealized capital gains of billionaires and other ultra-wealthy Americans.

Yellen has been an advocate for the stricter IRS reporting requirement — calling it a "simple thing" to help close the gap between what taxpayers owe and what they actually pay — as well as the new billionaire tax rolled out this week.

HOW WOULD THE NEW BILLIONAIRE TAX WORK?

"I wouldn’t call that a wealth tax, but it would help get at capital gains, which are an extraordinarily large part of the incomes of the wealthiest individuals and right now escape taxation until they’re realized," she said on Sunday.

It is not unusual for treasury secretaries to stump for the administration that employs them: Steven Mnuchin, who served under former President Donald Trump, frequently made the rounds talking up Republicans' 2017 tax cut law, while Timothy Geithner, former President Barack Obama's treasury secretary, often touted the administration's 2009 rescue package.

While Yellen has largely played a conciliatory role so far — urging Democrats to unite and back the president's various initiatives — she has also secured some major victories this year, including spearheading an effort by the Group of 20 finance ministers to impose a global minimum tax on corporations' overseas profits.

Still, Yellen's foray into the political world marks a roundabout from the four years she spent at the helm of the U.S. central bank.

She has been sparring with Larry Summers, a former economic adviser to the Clinton and Obama administrations, over rising inflation after he sounded the alarm about the threat of potentially out-of-control consumer prices. Yellen called that assessment "wrong" during a CNN interview with Jake Tapper.

"I don’t think we’re about to lose control of inflation," she said. "I agree, of course, we are going through a period of inflation that's higher than Americans have seen in a long time, and it's something that's obviously a concern and worrying them, but we haven't lost control. As we make further progress on the pandemic, I expect these bottlenecks to subside."

Summers fired back in a lengthy Twitter thread, arguing there's less than a 50% chance that inflation subsides by years' end.

"I actually believe the gap between Treasury & Fed statements and the everyday experience of businesses and consumers in terms of inflation has widened in recent months. Until the Fed & Treasury fully recognize the inflation reality, they are unlikely to deal with it successfully," Summers wrote on Twitter, adding: "I'm curious at what point in last 40 yrs Treasury thinks the risks of an inflation spiral are greater than they are now."