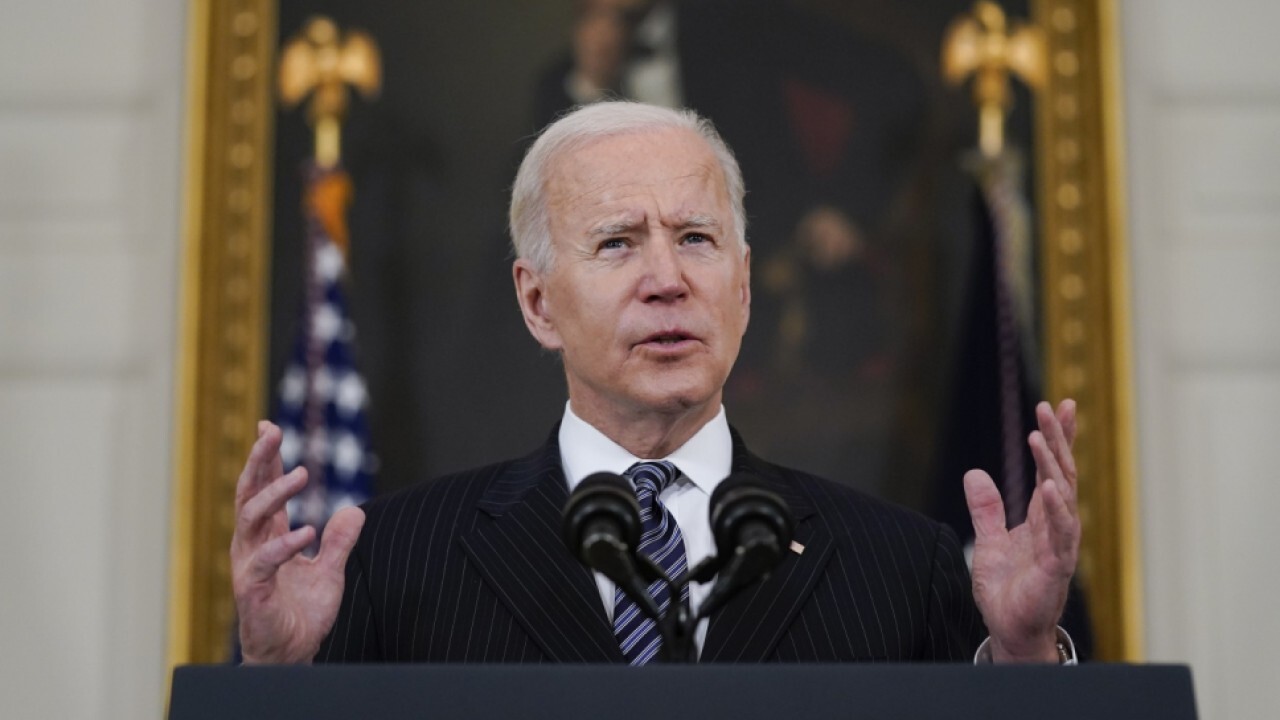 KEVIN HASSETT: Right. Well, you know, the infrastructure bill, we have to start calling it something else, I think that the first thing it is, [is] the Green New Deal. If you go look at all the subsidies that are being thrown at alternative energies. But the second thing it is, is the biggest tax hike, corporate tax hike in history. And I think that one of the things that people are confused about that we're going to set straight right now, and I know you understand this already, is that when President Trump came to office, we have the highest corporate tax in the world. Wages hadn't grown for about a decade because everybody was locating their plants overseas. We cut the rate to 21%. But the corporate side of the bill only cost about $300 billion because, at the same time, we did all this base-broadening to make it so that you can cut the rate without losing a lot of revenue.

What Biden is doing is he's taking the rate back to 28%. So it seems like he's going halfway to where we were, but it's way worse than that because he's keeping the base broadening. And so they're raising maybe about $2 trillion over 10 years, which, if you think about it, means that the Biden tax plan is to take the corporate tax code and make it much, much bigger and more onerous than it was when President Obama left office. It's like a $1.7 trillion tax hike relative to the Obama tax code. It's just unthinkable that that's going to happen. But if they do it, if they can really ram that through, what's going to happen is that companies are going to flee the United States basically like a stampede.

What's going to happen is that U.S. businesses are going to flee like nothing you've ever seen abroad, and the way that they do it is they basically just merge with a foreign company and then declare that their headquarters is where that company is domiciled. And if they do that, then they're basically going to be taxed like the people from that country. And under the Biden plan, there's no country you can spin the globe and whack it with a pin, and that country is going to have a much lower corporate tax than we do. And so if you merge with a foreign company, then you're going to cut the value or the tax payment a lot and increase the value of your firm a lot. And firms are going to do that absolutely like crazy as soon as this tax bill is passed. And so there aren't going to be any jobs left in the U.S. We're going to have another decade of no wage growth, just like we had with Obama. But it's going to be worse because it's a big tax hike relative to what Obama left us.