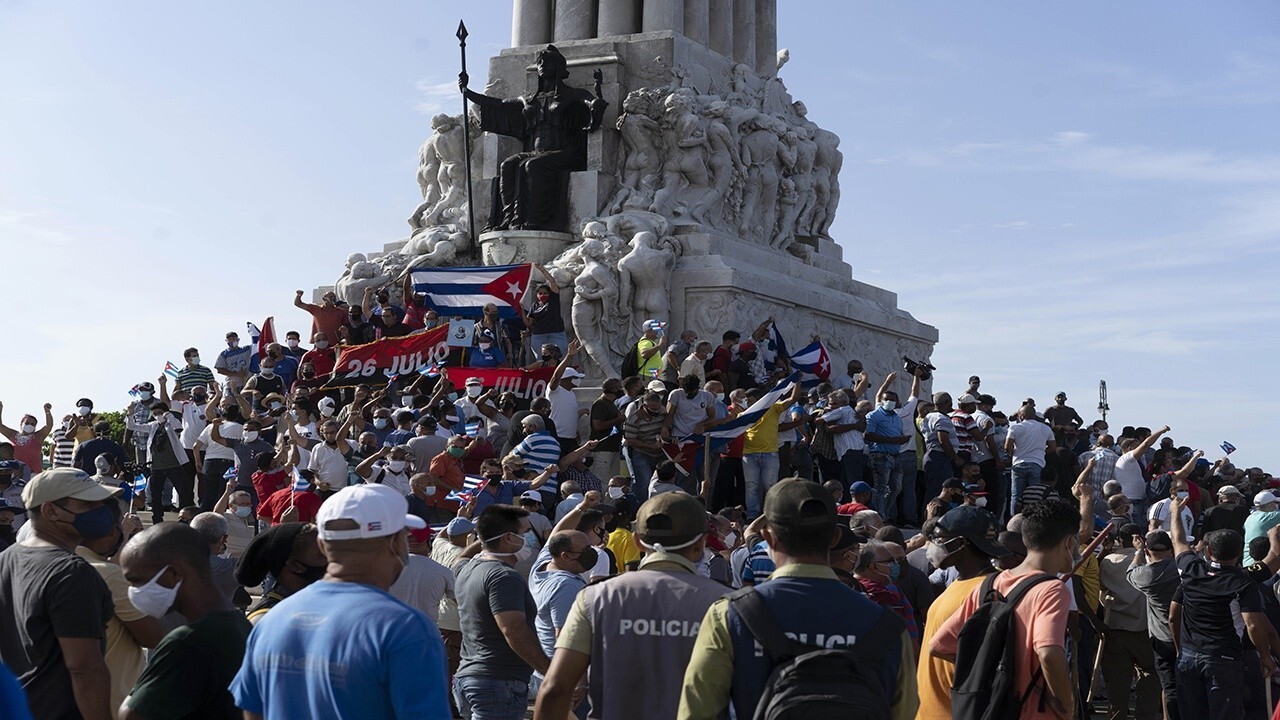 Biden 'should' get involved in ending communism in Cuba: Oliver North

The Biden administration announced Thursday that it will be imposing sanctions on Cuban officials following deadly protests by the Cuban people against the communist government.

The sanctions, announced via a statement from the president, will target specific members of the Cuban government, including the heads of the Cuban military and the division of the Cuban Ministry of the Interior, which both played major roles in violent crackdowns on protesters.

"I unequivocally condemn the mass detentions and sham trials that are unjustly sentencing to prison those who dared to speak out in an effort to intimidate and threaten the Cuban people into silence," President Biden said in the statement. "The Cuban people have the same right to freedom of expression and peaceful assembly as all people. The United States stands with the brave Cubans who have taken to the streets to oppose 62 years of repression under a communist regime."

The statement went on to say that U.S. support for the Cuban people is "unwavering."

Biden added that the United States is attempting to counteract the Cuban government’s decision to shut off internet access during the protests by working "with civil society organizations and the private sector to provide internet access to the Cuban people that circumvents the regime’s censorship efforts."

Sasha Tirador, a Miami based political operative who was briefed on the plan on Wednesday night described it as "huge."

"No administration has ever announced that they will hold each individual who violates human rights on the island of Cuba accountable," she said.

Protests have erupted in the streets of Cuba over the past several weeks as Cubans speak out against their government, which prompted a crackdown from the government that left at least one person dead and dozens missing, many of which are believed to have been imprisoned.

Biden’s move is sure to anger progressives in his party who have been calling for an end to both sanctions and the trade embargo on Cuba, which they argue have had a detrimental effect on the Cuban people.