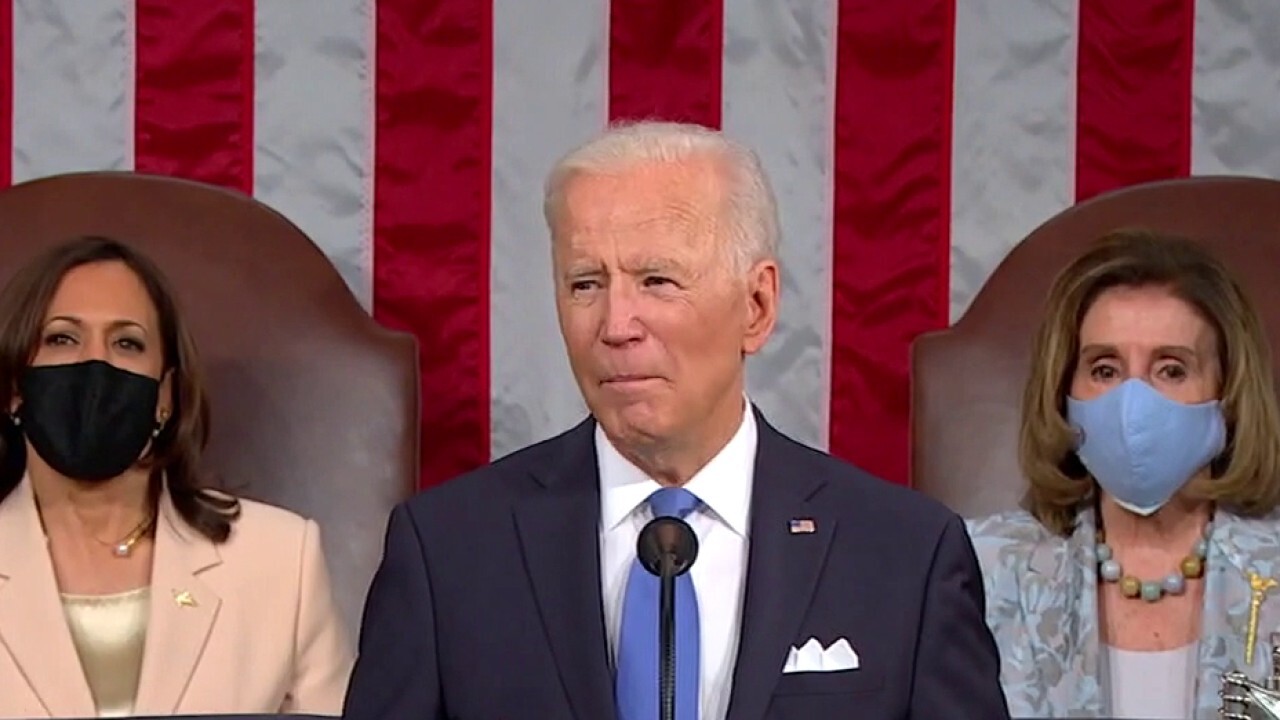 President Biden is continuing to hit the trail this week to drum up support among the American people for his $4 trillion spending proposals designed to redistribute trillions and dramatically expand the government-funded social safety net.

Biden will travel to coastal Virginia on Monday to promote the two tax and spending proposals — the $2.3 trillion American Jobs Plan and the $1.9 trillion American Families Plan — that make up his sprawling "Build Back Better" agenda.

The president will then travel to Lake Charles and New Orleans, Louisiana, on Thursday to pitch the spending plans that would create universal pre-kindergarten, 12 weeks of paid leave and two years of free community college, as well as make massive investments in the nation’s ailing infrastructure. The dueling measures would be funded by dramatically raising the taxes paid by wealthy Americans and corporations.

The travel is part of the administration’s "Getting America Back on Track Tour" to sell the spending proposals as they move past Biden’s first 100 days in office.

Biden, Vice President Kamala Harris and other administration officials began the travel blitz last week, fanning out across the country to tout the packages. After delivering his first address to Congress, Biden flew to Atlanta; a day later, he visited Philadelphia to celebrate Amtrak’s 50th anniversary. Harris, meanwhile, visited Baltimore last Thursday and Cincinnati on Friday. She’s slated to go to Milwaukee on Tuesday.

Many of the states on the White House’s itinerary — Wisconsin, Ohio, Pennsylvania, Georgia — are  not only crucial presidential battleground states, but have key Senate races coming up that Democrats hope to win in order to maintain, or strengthen, their majority.

Biden is trying to build up support for the plans even as the White House insists that it’s trying to work with Republican lawmakers, who have panned the two proposals: the American Jobs Plan, which includes billions in new funding for the nation’s roads and bridges, as well as transit systems, green energy and elder care, and the American Families Plan, which includes billions for child care, prekindergarten, paid family leave and tax credits for low- and middle-income families.

GOP lawmakers have raised concerns about both of the spending proposals, criticizing the price tag; the expansion of the social safety net; the lack of spending on traditional infrastructure; and the proposed tax hikes on rich Americans and corporations.

"The amount of spending for roads and bridges is so low that — and split between 50 states over five years — you're not going to get your bridge," Sen. Bill Cassidy, R-La., told "Fox News Sunday."

Cassidy is part of an effort by a moderate group of Republicans who’s been negotiating with the White House on infrastructure. The lawmakers unveiled a $568 billion counteroffer two weeks ago that was immediately rejected by Democrats as too small.