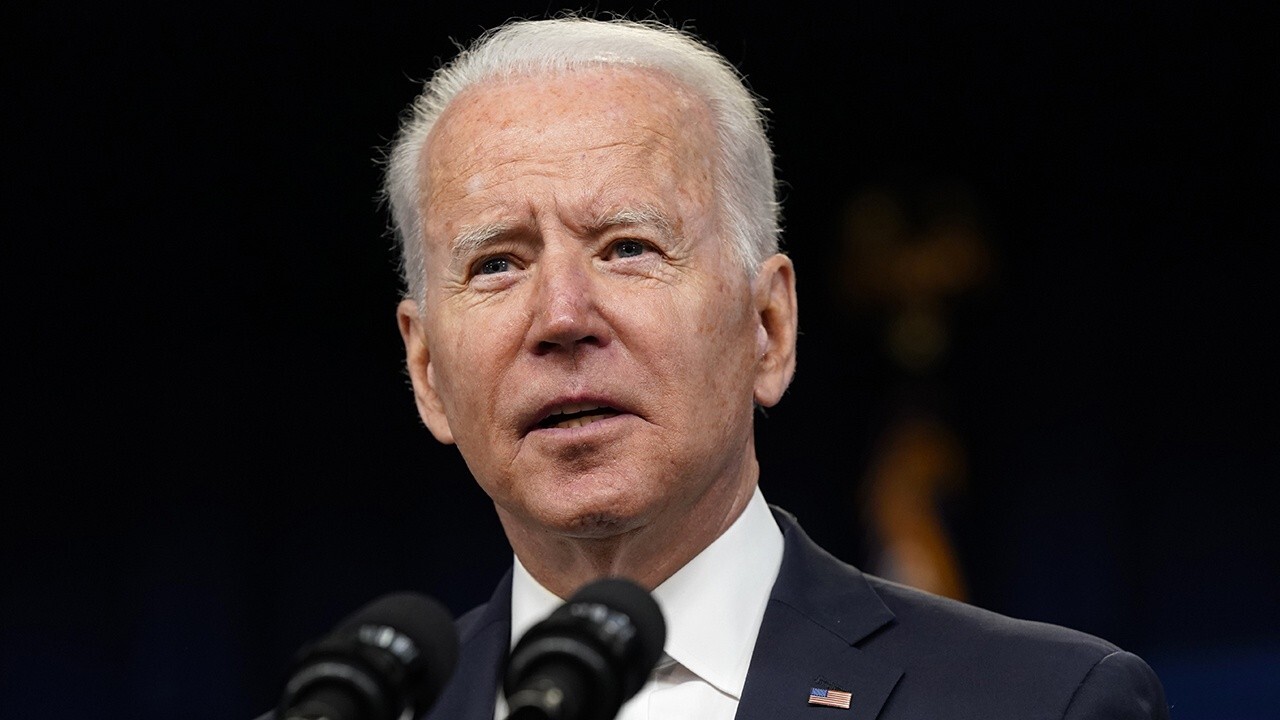 Sen. Mike Lee, R-Utah, reacts to Biden saying Democratic Sens. Joe Manchin and Krysten Sinema being confronted by activists is 'part of the process' amid their lack of support for president’s agenda.

After a staring contest between moderate and progressive Democrats in Congress last week ended in no agreement on either passing the bipartisan infrastructure bill or Democrats' reconciliation bill, President Biden this week is attempting to bridge the disagreements between the two wings of his party.

The president's efforts come as Democrats appear to be coalescing around a number in the ballpark of $2 trillion for their reconciliation bill, though that is subject to change and specifics are very light. And with little margin for error in the House and none in the Senate, the president will need both sides of the dispute to compromise significantly.

"We had a very productive and necessary conversation about the urgent need to deliver the full Build Back Better agenda — not only investing in roads and bridges, but also in child care, paid leave, health care, climate action, affordable housing, and education," Jayapal said after the meeting.

"As the President has continually emphasized, as recently as this afternoon, both the infrastructure bill and the Build Back Better Act are necessary to make good on his promises to the American people," she continued. "By ensuring both bills move forward together, we are ensuring that we don’t leave anyone behind."

The White House's readout of the meeting focused on highlighting the provisions in the reconciliation bill.

"The group discussed their shared commitment to seizing this moment to make investing in families the heart of our economic growth and competitiveness strategy, paid for by repealing failed tax giveaways for the rich and big corporations that have been holding us back from reaching our full potential in the global economy," the statement also said.

A dozen House progressives attended the meeting with two notable absences: Reps. Katie Porter, D-Calif., and Ilhan Omar, D-Minn. Porter is the deputy chair of the progressive caucus and Omar is the whip of the caucus. It's unclear why the caucus leaders were left out of the meeting.

The meeting with progressives will be followed Tuesday by a meeting between the president and House moderates. It remains to be seen whether the reaction will be as amicable, especially after the president appears to have taken the side of House progressives that the infrastructure bill shouldn't pass until the reconciliation bill does.

Rep. Josh Gottheimer, D-N.J., the chairman of the House Problem Solvers Caucus and the leader of moderate Democrats, tore into progressives and House Speaker Nancy Pelosi, D-Calif., after the House scuttled a planned vote on the infrastructure bill last week.

"This far left faction is willing to put the President’s entire agenda, including this historic bipartisan infrastructure package, at risk. They’ve put civility and bipartisan governing at risk," Gottheimer said in a statement last week.

Pelosi, meanwhile, is continuing to inundate her members' inboxes with rosy optimistic "Dear Colleague" letters promising that Democrats will pass both the infrastructure bill and the reconciliation bill.

"We must save the planet for children, jobs and security.  We must come to agreement on the Build Back Better Act and pass the BIF – and we will!" she said Monday. The speaker added that Democrats need to make clear to their constituents the "transformative nature" of their policies in the reconciliation bill to sell the legislation.

The president does not face as tight a deadline to bring Democrats to agreement as he did last week. Congress extended surface transportation funding, which is included within the infrastructure bill, to the end of October.

Both Pelosi and Senate Majority Leader Chuck Schumer, D-N.Y., say they're committed to getting both bills passed by Halloween. But even if they can't come to an agreement before then, Congress can simply pass another extension of the surface transportation funding to buy Democrats some more time.