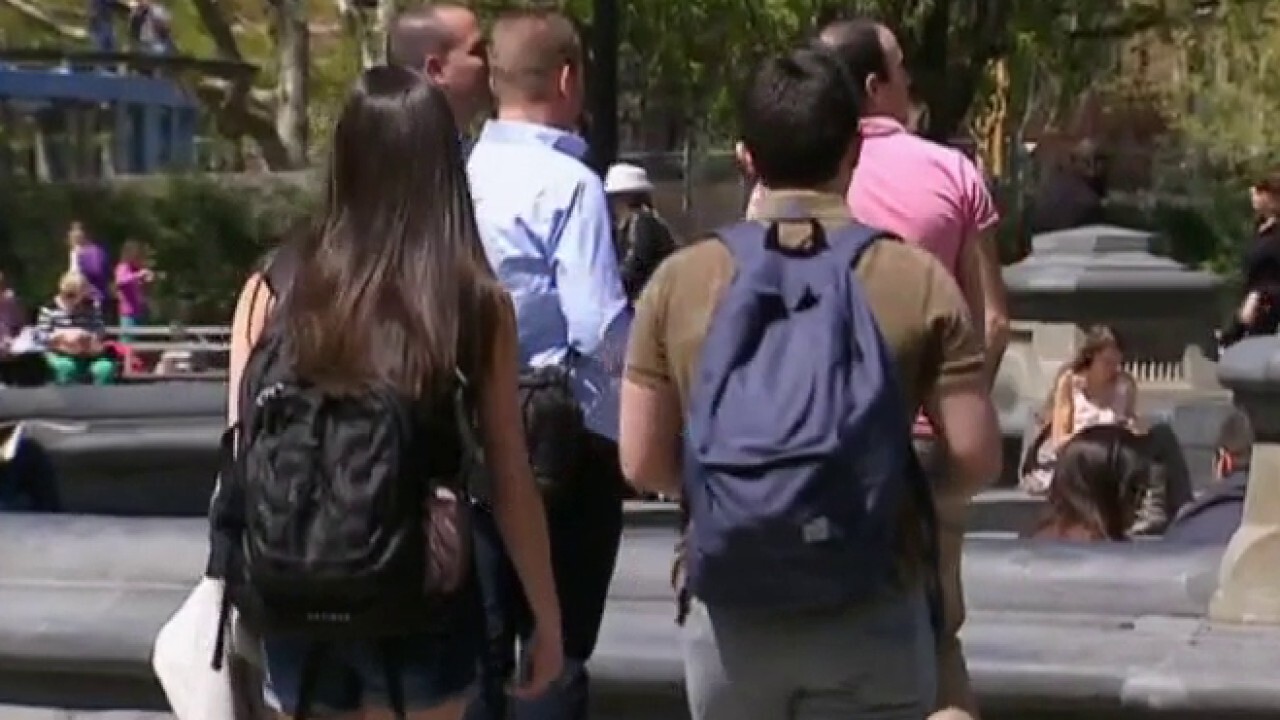 The Biden administration has brought on multiple members with past ties to the for-profit college industry, a sector harshly criticized by progressives for allegedly predatory practices that sometimes leave students ‒ including significant numbers of military members and minorities ‒ with crippling debt and little to show for their education.

Among these administration members are Alicia O'Brien, who was officially announced as a new senior counsel in the White House Counsel's Office this week; Gary Gensler, who is nominated to lead the Securities and Exchange Commission (SEC); and Brian Boynton, the acting assistant attorney general for the Department of Justice's (DOJ) Civil Division.

This comes as the Biden administration is expected to get tough on the for-profit college industry, which got a friendlier treatment under former President Trump. Biden's administration is on the verge of taking some steps to do just that, but some progressives are still alarmed at the high-profile jobs the president is giving to people who have past ties to the controversial schools.

"Joe Biden, who pledged to get tough on predatory for-profit colleges, has just hired another person for a high-level job ‒ at least the third so far ‒ who previously worked for terrible, abusive for-profit schools," David Halperin of the Republic Report said in an article criticizing the president for the hires.

O'Brien joined the Biden administration this week after a brief stint at the white-shoe law firm King & Spalding. She spent more than three years at the DOJ during the Obama administration during which time she worked on congressional hearings and oversight, and worked on getting presidential nominees through the Senate.

But before that, according to her now-removed biography on King & Spalding's website, O'Brien's time in the private sector includes work representing "several for-profit colleges in an investigation and hearing before the Senate Health, Education, Labor and Pensions Committee."

Boynton was also a member of the Obama DOJ for several years, including as the deputy assistant attorney general in the Office of Legal Counsel and as the counselor to the attorney general.

But both before and after that stint, Boynton worked at WilmerHale, which is also a major D.C. white-shoe law firm. In that role, he represented the Association of Private Sector Colleges and Universities (APSCU), which is a major union of for-profit colleges.

President-elect Joe Biden’s expected pick of Gary Gensler to lead the Securities and Exchange Commission could give Wall Street its most aggressive regulator in two decades. (Photo by Win McNamee/Getty Images)

UNIVERSAL BASIC INCOME COULD BE COMING FOR KIDS

He appeared as the counsel of record for APSCU in at least one Supreme Court amicus brief, as Halperin first pointed out in Republic Report.

Lawyers, of course, are not inexorably tied to the cause of an individual client that they represent at a certain point in time. In fact, Michael T. van der Veen, one of former President Trump's lawyers for his impeachment trial, sued Trump in 2020 for delays that hampered mail voting and making claims "that voting by mail is ripe with fraud, despite having no evidence in support of these claims." Van der Veen then defended Trump against an impeachment charge that stemmed in part from his false claims of widespread voter fraud.

But Halperin is still critical of Biden for bringing on individuals who have at times worked against progressive interests.

"There are plenty of tough, talented lawyers available to help the administration who did not work for blatantly predatory companies," he said.

Gensler, however, is not a lawyer and didn't just represent for-profit colleges. He was on the board of Strayer University from 2001 to 2009.

One of the major criticisms of for-profit universities is that they often saddle students with large amounts of debt that they struggle to repay at much higher rates than those who attend traditional private or public colleges.

When Gensler left Strayer in 2009, for example, the five-year default rate for students was 31% on nearly $6.7 million total in student debt, while the five-year percentage of balance repaid was -6%, according to the Brookings Institution.

For the more traditional New York University, the numbers were nearly flipped. Only 6% of students were defaulting after five years while the average balance repaid was 34%.

Gensler, whose other past jobs include chief financial officer for Hillary Clinton's presidential campaign; chairman of the Commodity Futures Trading Commission under Obama; and undersecretary for domestic finance at the Treasury Department under former President Bill Clinton, cleared a committee vote this week and appears on his way to confirmation.

Meanwhile, top progressives in Congress have been gearing up to take on for-profit colleges under a Biden administration that's expected to be more hostile to the industry.

Sen. Elizabeth Warren, D-Mass., slammed the Accrediting Council for Independent Colleges and Schools (ACICIS) on Monday following a recommendation from an independent advisory board for the Department of Education to revoke its recognition, which was reported last week by The Washington Post.

"ACICS has rubber-stamped the worst for-profit colleges to suck down taxpayer dollars for useless degrees," she tweeted. "I pushed for @usedgov to pull the plug on ACICS in 2016 and again when DeVos reinstated them. I’m glad we’re one step closer to firing ACICS for good."

When Biden signs the coronavirus stimulus package passed by the House Wednesday, however, it will deal the for-profit college industry its first major blow of his term.

Included in the bill ‒ which has been widely criticized for including a host of provisions not remotely related to stemming the tide of the virus ‒ is a change in a rule that progressives say incentivizes for-profit schools to aggressively target veterans who would pay for school with G.I. Bill dollars.

"I have been fighting for a long time to close the 90/10 loophole that incentivizes #4profit colleges to target veterans and service members," Sen. Dick Durbin, D-Ill., tweeted last week. "I’m glad the American Rescue Plan finally does it."

Durbin's office did not respond to a request for comment asking about the Biden administration's hires for people with past ties to for-profit schools.