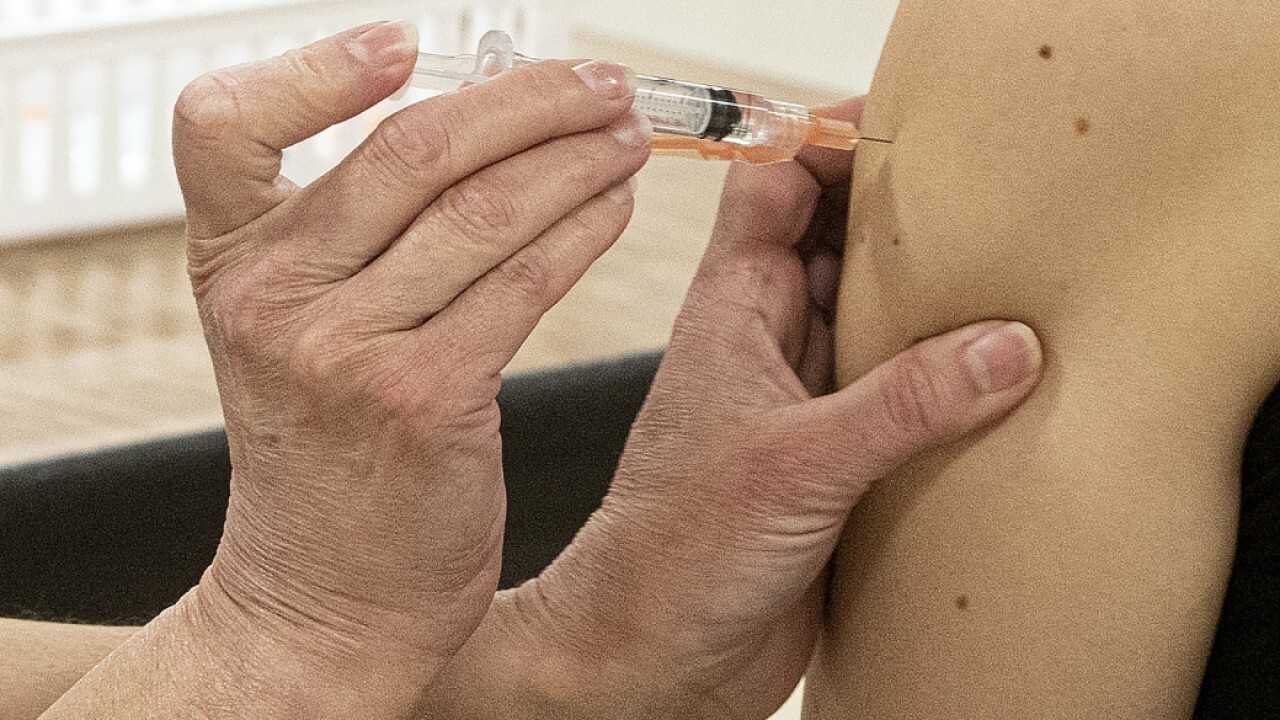 Sen. Shelley Moore Capito, R-W.Va., weighs in on the economy reopening amid the coronavirus pandemic and President Biden's infrastructure plan.

President Biden on Wednesday urged U.S. employers to provide their workers with paid time off to receive the COVID-19 vaccine – and any time it takes to recover from the shot – as the White House looks to encourage reluctant Americans to be inoculated.

As part of the effort, Biden announced a new tax credit for small- and medium-sized businesses with fewer than 500 employees in order to offset the cost of giving individuals time off to receive the vaccine. The tax credit will fully reimburse businesses for any vaccination-related paid time off, providing up to $511 per day for up to 10 work days, or 80 work hours, taken between April 1 and Sept. 30, 2021.

The White House estimated the tax credit, part of the $1.9 trillion coronavirus relief plan that Biden signed into law last month, will apply to about half of all private-sector employees. The IRS will publish new details of the tax credit plan later on Wednesday.

"No one should have to lose a single dollar from their paycheck, because they got vaccinated, plain and simple," a senior administration official told reporters.

The president is expected to formally unveil the tax credit in a speech Wednesday afternoon, during which he will also urge businesses of all sizes to offer a similar paid leave deal and tout that his administration has reached a goal of administering 200 million shots in his first 100 days in office.

The vaccine – as of Monday – is available to every American over 16 who wants it. About 26% of the U.S. population is fully vaccinated, according to the Centers for Disease Control and Prevention. But Biden faces a new challenge in persuading hesitant Americans to get inoculated in order to reach "herd immunity," the point at which the entire community is protected from the virus.

The U.S. is administering about 3 million vaccine shots daily, according to CDC data, up from about 1.8 million in March. But it has fallen slightly from a peak of 3.4 million shots reported on April 13 – a slowdown that comes just one week after use of the Johnson & Johnson vaccine was paused in the U.S. after reports of six blood clot cases, one of them fatal, amid roughly 7 million doses administered.

White House officials have said that there are enough doses from Pfizer and Moderna to supply roughly 300 million people in the U.S.

"We remain confident in our ability to meet the needs that we feel will be out there in the public by the end of May," White House press secretary Jen Psaki said Tuesday. "So we are confident we’ll be able to meet the demand in the public."

Biden has set July 4 as a key date for returning much of the country to some semblance of normalcy.