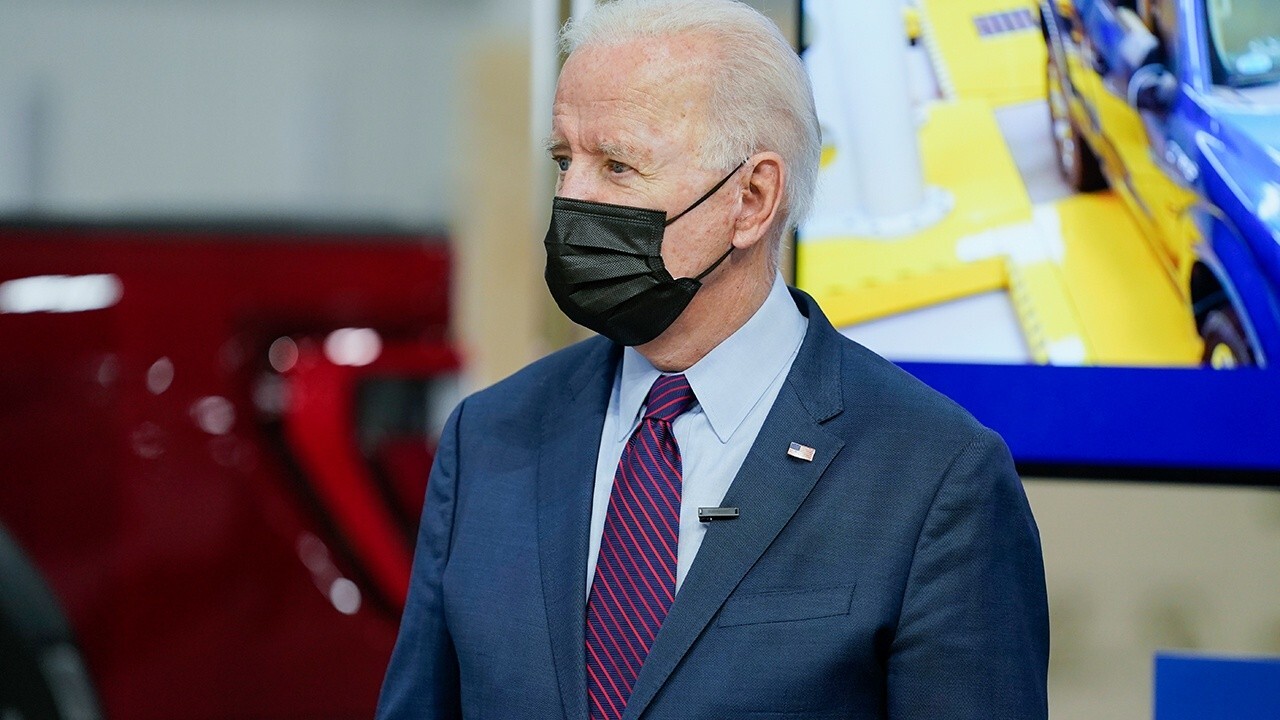 Canary CEO Dan Eberhart on energy production in the U.S. and how it could impact consumers.

President Biden on Tuesday said the U.S. is competing against China to build electric vehicles as he visited a Ford Motor plant in Michigan, part of his ongoing effort to drum up support for his $2.3 trillion tax and spending plan, which includes billions to transform the auto industry.

"The American auto industry is at a crossroads," Biden said during remarks at Ford's new Rouge Electric Vehicle Center in Dearborn, Michigan. "The real question is whether we'll lead or we'll fall behind in the race to the future, or whether we'll build these vehicles, and the batteries that go in them, here in the United States, or rely on other countries. … Right now, China is leading in this race, make no bones about it. It's a fact."

Earlier in the day, Biden had toured the plant where the company is producing its new electric F-150 lightning pickup, ahead of the truck's official launch on Wednesday. The F-150 Lightning, which Ford is heralding as a turning point for electric vehicles, is expected to go on sale by mid-2022.

Ford's new truck will be built by union laborers. The company said it expects to spend about $700 million and create 300 new jobs.

Biden used his visit to promote the American Families Plan, his sweeping infrastructure package that would allocate $174 billion for investments in electric vehicles. The White House said the money will "enable automakers to spur domestic supply chains from raw materials to parts, retool factories to compete globally, and support Americans workers to make batteries and EVs."

The measure would also provide sales rebates and tax incentives to encourage Americans to buy electric vehicles, and offers grant and incentive programs to state and local governments to expand the number of electric-vehicle chargers that are available. The plan would replace 50,000 diesel transit vehicles and switch at least 20% of school busses to electric vehicles.

"The future of the auto industry is electric. There's no turning back," Biden said.

But Biden's proposal faces an uphill battle in Congress: Republicans raised concerns about the size and scope of the spending measure, criticizing the price tag; the expansion of the social safety net; the lack of spending on traditional infrastructure; and the proposed tax hikes on corporations.

Republicans are set to unveil a counteroffer as early as Tuesday afternoon during a meet with a team of Biden administration officials, including Transportation Secretary Pete Buttigieg.