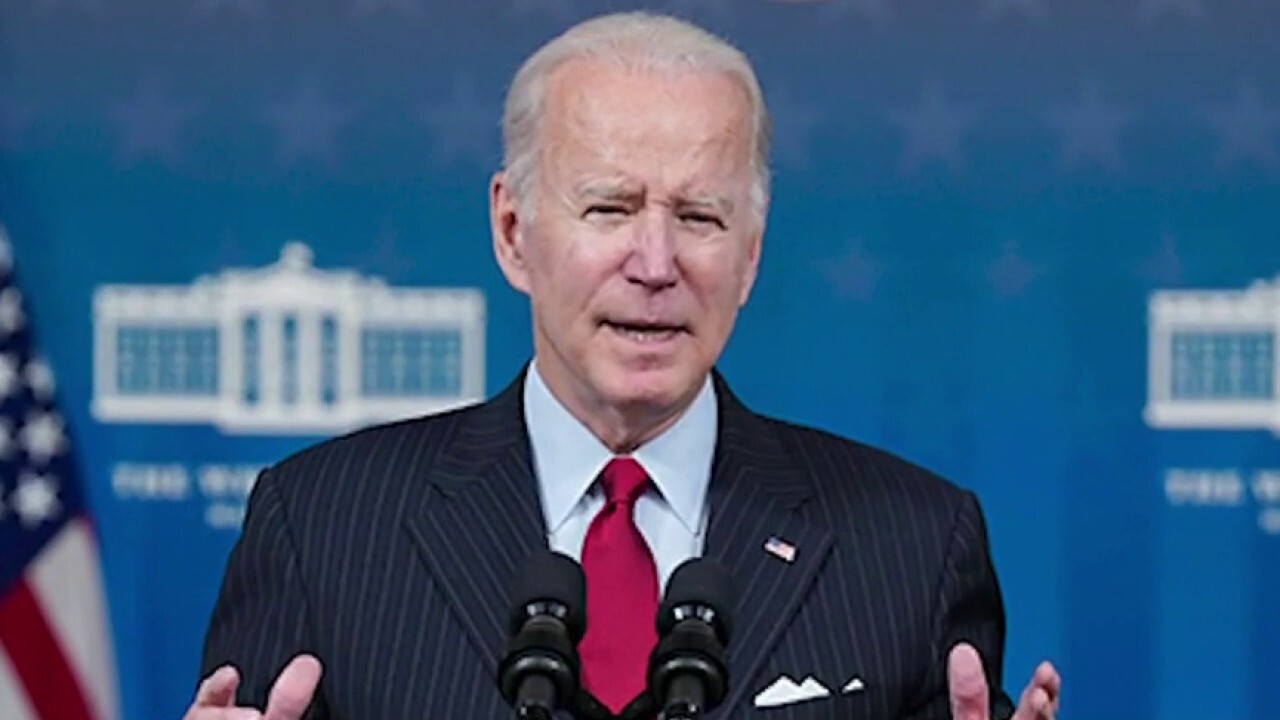 President Biden is facing fresh criticism for his decision to cancel the Keystone XL Pipeline with lawmakers from both sides of the aisle suggesting he endangered U.S. energy security.

The backlash comes as Biden tapped the U.S. Strategic Petroleum Reserve – releasing 50 million barrels – in response to rising gas prices. Chairman of the Senate Energy and Natural Resources Committee Joe Manchin, D-W.Va., released a statement described that policy as a "band-aid" and accused Biden of creating a self-inflicted wound.

"Today's release from the Strategic Petroleum Reserve is an important policy Band-Aid for rising gas prices but does not solve for the self-inflicted wound that shortsighted energy policy is having on our nation," he said.

"With an energy transition underway across the country, it is critical that Washington does not jeopardize America's energy security in the near term and leave consumers vulnerable to rising prices. Historic inflation taxes and the lack of a comprehensive all-of-the-above energy policy pose a clear and present threat to American's economic and energy security that can no longer be ignored. I continue to call on President Biden to responsibly increase energy production here at home and to reverse course to allow the Keystone XL pipeline to be built."

The White House did not immediately respond to Fox News' request for comment. In a statement earlier this week, the administration touted its infrastructure initiatives and decision to tap oil reserves as avenues to energy independence.

"Today’s announcement reflects the President’s commitment to do everything in his power to bring down costs for the American people and continue our strong economic recovery," read a White House statement.

"At the same time, the Administration remains committed to the President’s ambitious clean energy goals, as reflected in the historic Bipartisan Infrastructure Law signed last week and the House-passed Build Back Better Act that together represent the largest investment in combatting climate change in American history and is a critical step towards reaching a net-zero emissions economy by 2050 and reducing our dependence on foreign fossil fuels."