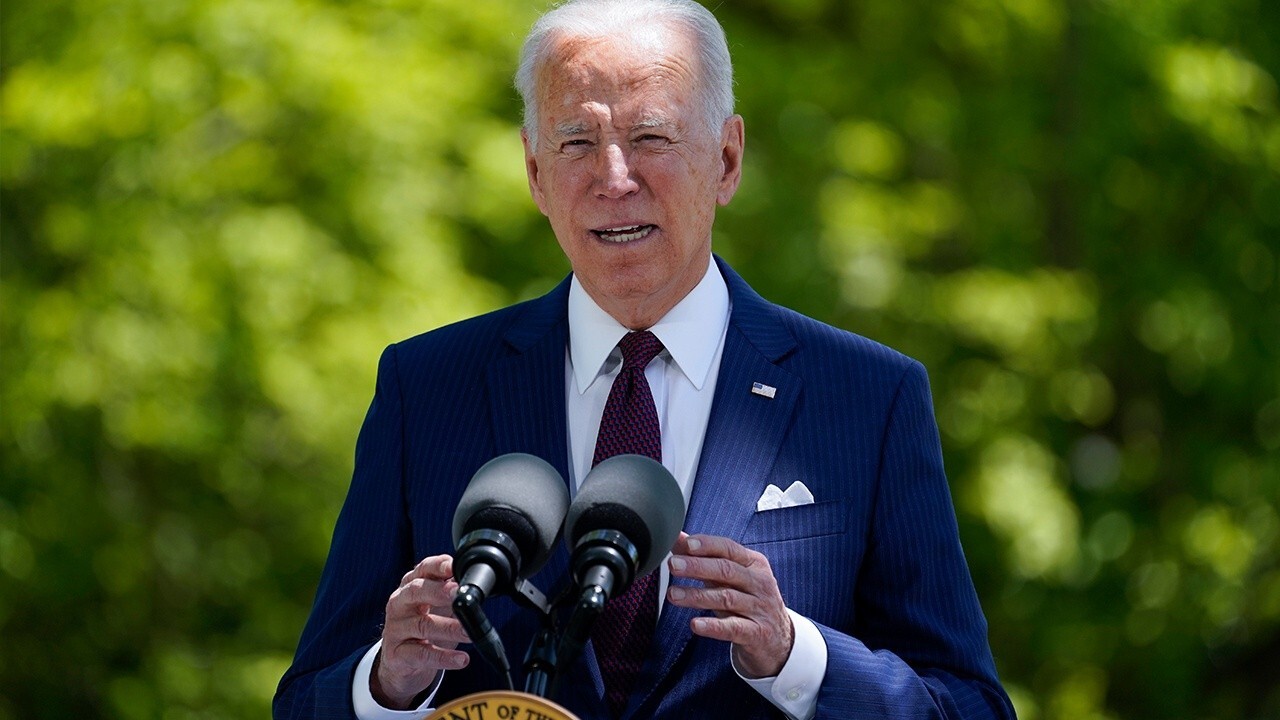 President Biden is poised to release a $1.8 trillion spending plan that seeks to dramatically boost federal investment in education, child care and paid family leave, a sweeping measure funded largely by raising taxes on the top sliver of U.S. households.

The 10-year initiative, dubbed the American Families Plan, is the second piece of Biden's Build Back Better agenda, a wide-ranging economic proposal that includes the $2.3 trillion infrastructure and jobs plan released earlier this month. Biden is set to formally unveil the American Families Plan on Wednesday evening, during his first address before a joint session of Congress – his opening salvo in what's expected to become a contentious, monthslong negotiation with Congress.

Billed by the White House as a "once-in-a-generation investment" in the nation's future, the plan includes $1 trillion in spending over the next decade, as well as $800 billion in tax credits for the middle class. The proposal would be paid for by a slew of tax hikes, including nearly doubling the capital gains tax rate from 20% to 39.6% for households earning more than $1 million and restoring the top individual income tax rate to 39.6%, where it sat before Republicans' 2017 tax overhaul.

Here's a closer look at the key elements of Biden's plan:

Biden wants to extend through 2025 an expanded version of the child tax credit that Democrats passed earlier this year with the American Rescue Plan.

The enhanced credit, which the IRS will begin delivering to families in July, provides $3,000 for every child ages 6 to 17 and $3,600 for every child under age 6. The amounts taper off once income hits $75,000 for individuals and $150,000 for married couples; if families earn too much to qualify for the expanded tax credits, they can still receive the $2,000 credit for their children if they earn less than 200,000 for individuals and $400,000 for married couples.

The IRS is slated to send the payments regularly, which amounts to $250 or $300 per child per month.

The proposal puts Biden at odds with some congressional Democrats who want the president to make the expanded child tax credit permanent.

The plan calls for having low- and middle-income families pay no more than 7% of their income on child care for kids under the age of five. Parents earning up to 1.5 times their state's median income would qualify for the program.

The measure would also provide funding to child care providers and boost wages for child care workers to $15 per hour. Additionally, the American Families Plan would make permanent a tax credit that provides families with up to $4,000 for the care of one child under the age of 12 or $8,000 for multiple children.

Included in the plan is $225 billion to establish a paid family and medical leave program. It would provide partial wage replacement for workers who take time off to care for a new child or ill family member, recover from a health issue, deal with a family member's military deployment, recover from a serious illness, address domestic violence or take time off following the death of a loved one.

The plan guarantees 12 weeks of paid leave by year 10 of the program, and would replace two-thirds of workers' average wages, up to $4,000 a month.

The plan includes $200 billion for free universal pre-school for all 3- and 4-year-olds. All of the pre-school teachers will earn at least $15 per hour, and those with academic qualifications will receive pay equivalent to that of kindergarten teachers.

Under the proposal, $109 billion would be allocated to making community college free for two years to ensure that "every student has the ability to obtain  a degree or certificate."

The plan would also provide an additional $80 billion in funding for Pell Grants, which can be used for living and non-tuition expenses. For the 2021-2022 school year, the Pell Grant award is worth up to $6,495. Biden's proposal would allot an extra $1,400 for low-income students.

The measure would provide $200 billion into an expansion of tax credits for households that buy health insurance on their own, saving families an average of $50 per person per month.

It would also permanently extend a major expansion of the Affordable Care Act included in the American Rescue Plan. That legislation fully subsidized ObamaCare subsidies for people earning up to 150% of the federal poverty level and unemployed individuals.

The newest plan from the White House would make permanent the expansion of the earned income tax credit for childless workers.

The $1.9 trillion stimulus bill boosted the credit by nearly tripling the maximum credit and extending eligibility to more Americans without children. It would reduce the minimum wage to claim the credit to 19 from 25, and eliminate the upper age limit.

Another $45 billion would go toward improving the health of school meal programs and providing food for K-12 during summer breaks.

The American Families Plan would restore the top personal income tax rate to 39.6% – where it sat before the 2017 Tax Cuts and Jobs Act – for the highest 1% of earners.

Still, it's unclear whether the income threshold applies to single filers or married couples; the administration has previously given conflicting answers regarding that question.

Biden would increase the capital gains rate to 39.6% from 20% for households earning $1 million or more, bringing that rate in line with the top marginal income tax rate. The administration estimates it will affect roughly 0.3% of taxpayers, or about 500,000 households.

The president also wants to eliminate the so-called stepped-up basis. Under current law, when heirs inherit an asset that has appreciated in value, they get a "step-up" in basis, meaning they receive the holding at its current market value. Beneficiaries can sell those assets and pay capital gains based only on the time they receive the asset and the time they sold it, allowing them to minimize the tax bite.

Biden is calling on Congress to beef up funding for the IRS, giving the agency more manpower to audit wealthy Americans. The White House estimates that enhancing enforcement will generate $700 billion in tax revenue by closing the gap between typical American workers and very high-earners who employ sophisticated methods to minimize their tax liability.