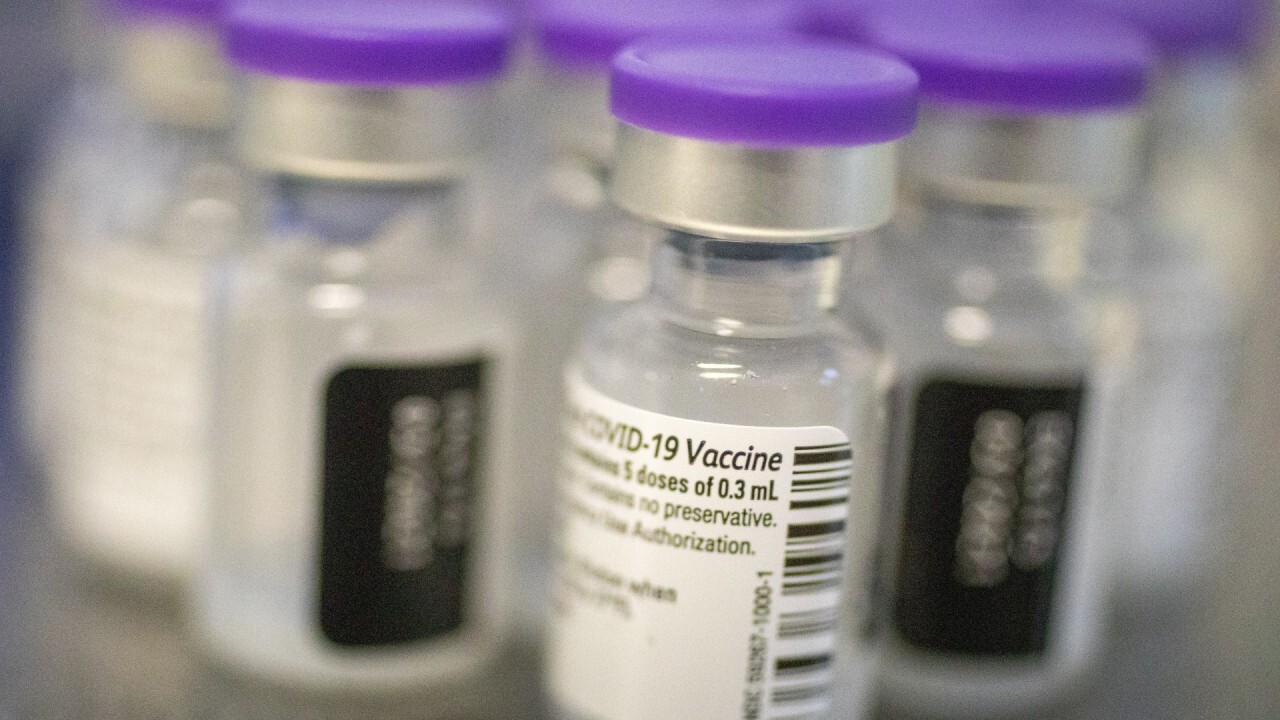 Officials in the Biden administration have indicated that they are not certain Johnson & Johnson will end up delivering on its promise of providing 20 million doses of its coronavirus vaccine by the end of March.

During a White House press briefing on Monday, Andy Slavitt, the administration's senior adviser on the COVID-19 response, was non-committal about his confidence that the number would be reached.

"I wouldn’t signal to you that they’re going to be far away from the numbers that they have projected at all, give or take a little bit," said Slavitt. "Obviously, we’re holding them accountable and working closely with them."

Dr. Richard Nettles, vice president of U.S. medical affairs for Johnson & Johnson's Janssen Infectious Diseases and Vaccines, told a House subcommittee in February that the company planned on delivering more than that amount before April.

"Assuming necessary regulatory approvals relating to our manufacturing processes, our plan is to begin shipping immediately upon emergency use authorization, and deliver enough single-doses by the end of March to enable the vaccination of more than 20 million Americans," Nettles said.

Nettles went on to say that the company planned on having 100 million vaccine doses delivered in the first half of 2021.

Three senior Biden administration officials told Politico that the 20 million doses may not be delivered in full until the second or third week of April. As of Monday evening, CDC data said that just 4,253,900 doses of Johnson & Johnson vaccines had been delivered. Officials told the outlet that regulatory issues could be behind the delays, and another source said that FDA authorizations for partners Emergent BioSolutions and Catalent could result in the delivery of "tens of millions" of doses.

Johnson & Johnson continues to maintain that it will reach its goal on time.

"We expect to deliver 20 million single-shot vaccines by the end of March,"  the company said in a statement.

Johnson & Johnson announced earlier this month that it is partnering with another health care giant, Merck, to manufacture its vaccine.

"Our industry realized in the early days of the pandemic that vaccine development wasn’t a race against each other as competitors—it was a race against time to defeat a common enemy," Johnson & Johnson CEO Alex Gorsky said upon visiting the White House on March 10. "Our new collaboration with Merck will allow us to be even more ambitious in our goals of keeping as many people around the world as safe as we possibly can."