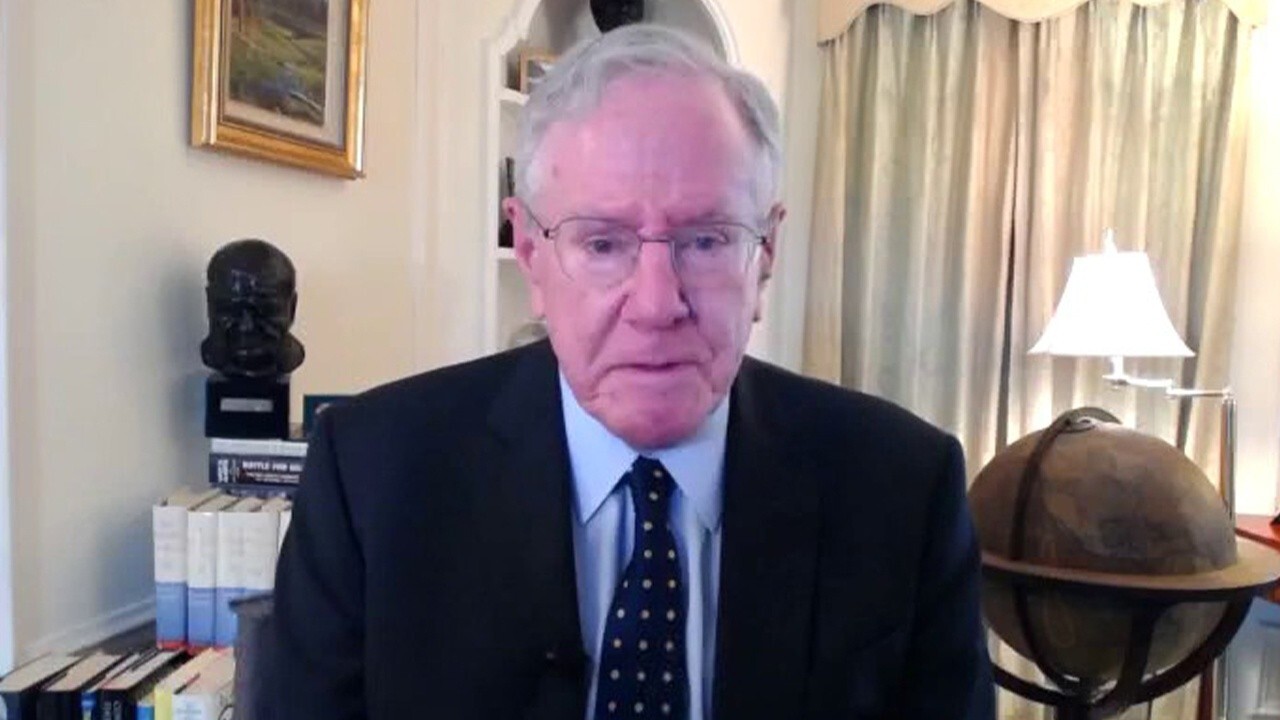 Inflation here to stay due to Fed ‘printing too much,’ Steve Forbes says

Forbes chairman and editor-in-chief Steve Forbes explains why he thinks inflation is ‘here for a while.’

The thinking of White House officials is that a recent inflation surge could last for some time, but that the spike is ultimately transitory and will clear up once widespread bottlenecks that have severely disrupted the supply chain begin to dissipate.

The government reported Tuesday morning that prices for goods and services jumped by the most in 13 years, fueling concerns that a rapidly rebounding economy could lead to runaway growth. The Labor Department said in its monthly report that consumer prices rose 0.9% from May and 5.4% over the past year.

While the Biden administration feels the price increase could last quarters, not months, until the supply chain bottleneck clears up, it thinks that the spike in inflation has already peaked in some sectors, such as used cars, the price of which soared 10.5% in June – the largest monthly increase since record-keeping began in January 1953.

Federal Reserve Chairman Jerome Powell has mostly downplayed the rising prices for goods and services, blaming the increase on supply shortages and a wave of pent-up demand among consumers as more Americans are vaccinated and embark on their post-pandemic life. Though he's said inflation could turn out to be "higher and more persistent than we expect," Powell has maintained that it's likely transitory.

Policymakers at the U.S. central bank are still grappling with how to handle the deeply conflicting economic data: While inflation is on the rise, job growth has been slower to reach pre-crisis levels, with some 9.5 million Americans still unemployed.

During their two-day, policy-setting meeting in June, Fed officials unanimously voted to hold interest rates near zero, where they have sat since March 2020, and committed to keep purchasing $120 billion in bonds each month.

The Fed gave no signs in June that it was imminently considering scaling back its aggressive bond-buying program, even though policymakers raised headline inflation expectations to 3.4% for 2021 – a full point higher than the March forecast. Minutes from their June 15-16 meeting revealed that officials had discussed how and when to start unwinding their support, but most policymakers reiterated that they were not ready to start pulling back on their asset purchases.