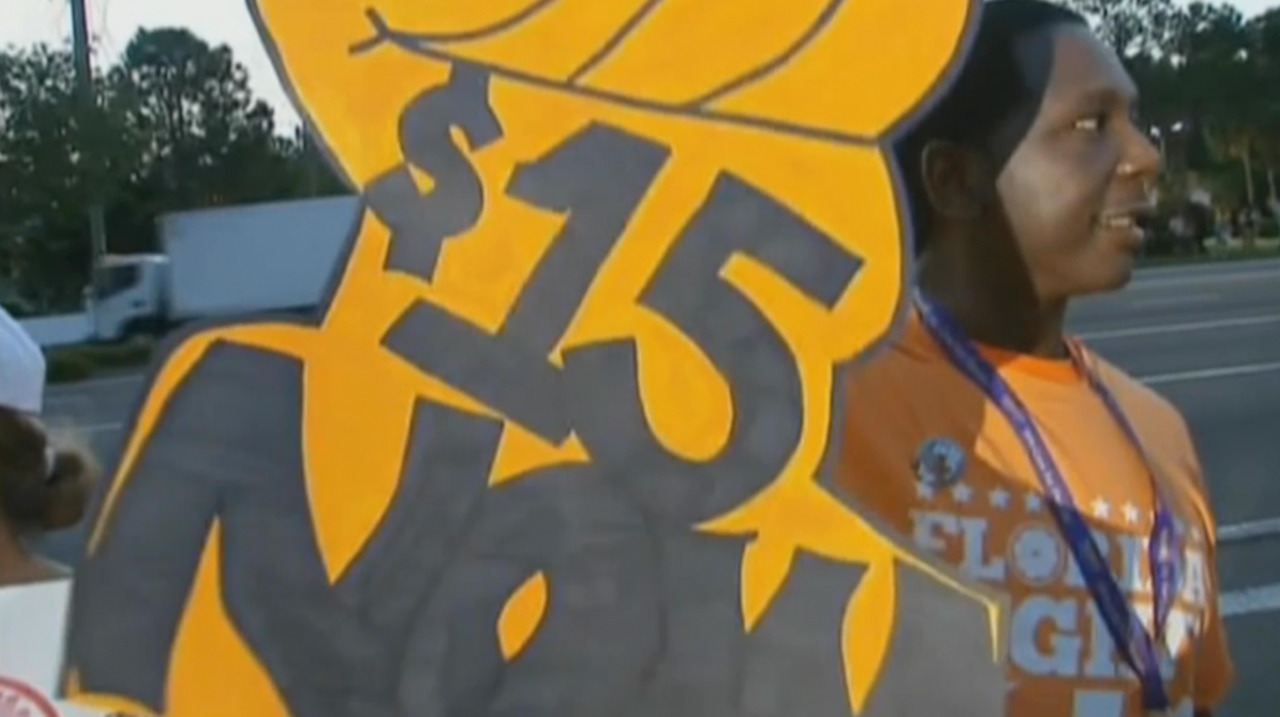 The debate over a $15 minimum wage

With millions around the country calling for a $15 minimum wage, small business owners fear their businesses will be crippled while minimum wage workers have hope for better days ahead.

On any given weekday, more than a hundred children can be found skipping and cackling throughout the halls of the First Baptist Church of Umatilla, Florida. One of the services the church offers is a nonprofit child care facility and it is taken advantage of by many who live in this small Florida city that serves as the "Gateway" to the Ocala National Forest.

"Families need this to work," explained Mike Ellis, the executive pastor. "We live in a day and age where both parents are working to make ends meet."

Ellis explained that they have a couple of dozen people on their staff who are paid just above minimum wage. But, Ellis says a $15 minimum wage can potentially create a big problem.

One of the classrooms at First Baptist Church of Umatilla (Fla.)

Ellis has been working for weeks to determine how they’ll make up the difference, but aside from raising tuition, there aren’t many options.

Meanwhile, there are people like Faith Booker, a 32-year-old mother of five who lives about 90-minutes south in Lakeland and works there at a fast-food restaurant. She now earns $8.65 an hour.

"Making 8.65 an hour does nothing. I’m pretty much living paycheck to paycheck," Booker told Fox News.

After the pandemic hit and her children were forced to stay home, she had to give up one of her two jobs. Right now, things are tough.

"It’s very hard," said Booker. "You have to pick and choose between whether you’re paying a bill this week or procrastinating on buying food."

A $15 minimum wage would more than double the current Federal benchmark of $7.25

Booker took part in a rally in Orlando earlier this month in support of a $15 minimum wage nationwide — which would more than double the current benchmark of $7.25.

Millions of people around the country are calling for change too.

Already a number of states, including New Jersey, Massachusetts, Illinois and Florida are on track to raise their own state minimum wages to $15 over the next few years.

But a report from the Congressional Budget Office earlier this month forecasts a mixed bag of consequences if a federal $15 minimum wage were implemented by 2021.

On the one hand, about 1.4 million would be lost and the federal deficit would be increased by $54 million. On the other hand, 900,000 Americans would be lifted out of poverty and 17 million would receive an effective raise.

Protestors in Tampa, Fla. marching and holding signs during a "Florida for $15" rally earlier this month (Fox 13 News, Tampa).

The OMB report further says that the prices of goods would more than likely be affected due to higher costs required to produce.

In Florida, despite GOP successes up and down the ticket last November, voters passed a measure to increase the state’s minimum wage to $15.

Booker continues to attend rallies in order to ensure this happens, and encourage others around the country to fight for a federal $15 minimum wage as well.

"We need the help," said Booker. "We deserve it. We work too hard."

Pastor Ellis remains concerned about the future. He agrees that workers could and should be paid more, but believes $15 will prove to be devastating.

"There has to be a middle ground to where it helps those families but also where it doesn’t kill our small businesses as well," said Ellis.