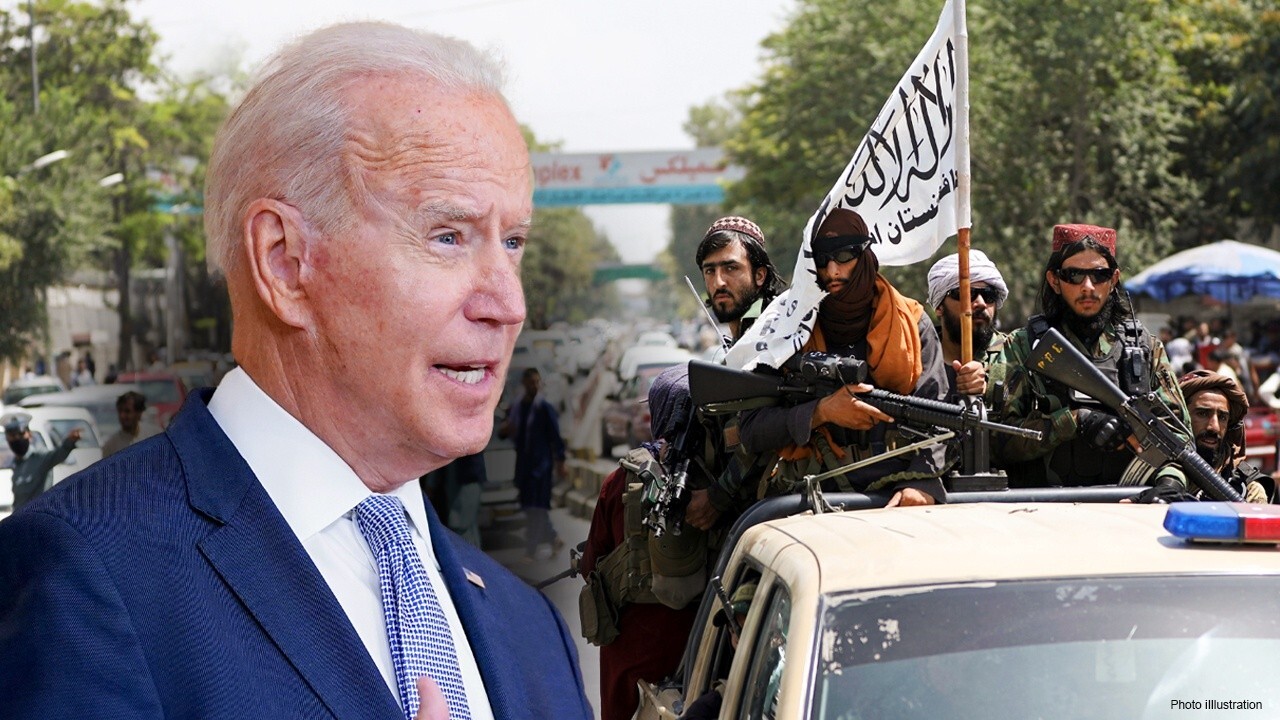 On a recent day, Mohammad Akbar Ishaqzadeh stood on a river bank in Kabul, selling nearly all of his family’s possessions.

Mr. Ishaqzadeh lost his job months ago when the American logistics company where he worked as a security guard closed down.

The toll on his family became unbearable after the Taliban overthrew the Afghan republic on Aug. 15. That pushed the country to the brink of economic meltdown as the U.S. and other Western nations froze more than $9 billion in Afghan central bank assets and suspended most aid.

In a last-ditch effort to secure cash to support his wife and six children, Mr. Ishaqzadeh had stripped his Kabul home of everything but a few blankets to sleep on. Then, he drove a motorcycle rickshaw full of the family’s possessions—from pillows and fans to curtains and plates—to this improvised market.

He said he hoped to get the equivalent of $360 for the lot, which could pay for six months’ rent. An hour before sundown, his highest offer was $85.

"From the day the government collapsed, everything got worse," Mr. Ishaqzadeh said, pointing to the items stacked high on his rickshaw. "I have to sell this just to buy food."

While many Afghans watch anxiously to see how harshly the Islamist movement will govern the country, the Taliban’s opponents and supporters alike agree that the most pressing challenge right now is a severe economic crisis that threatens to unspool whatever gains remain of 20 years of U.S.-funded nation-building.

How to deal with this crisis poses a pressing dilemma for the international community. Refusing to release Afghan assets and withholding direct aid could push millions into acute poverty, potentially triggering an exodus of refugees to Europe.

Allowing some of these funds to flow to Afghanistan, while relieving the economic pain of ordinary Afghans, could end up bolstering the Taliban regime, many of whose leaders remain under international sanctions because of their alleged connections to terrorism.

The United Nations earlier this month raised $1 billion in pledges for humanitarian aid to Afghanistan, well above its initial target of $600 million. Most of that assistance, however, is meant to be delivered by nongovernment organizations and U.N. agencies, bypassing the Taliban administration. That money is only a fraction of Afghanistan’s own reserves, most of which have been frozen by the U.S. and the International Monetary Fund.

"If the international community wants to prevent an economic collapse, they need to allow the central bank to gain limited and monitored access to its reserves. These are reserves that belong to the Afghan people, this is not aid," said Shah Mehrabi, a senior board member of Afghanistan’s central bank and an appointee of former President Ashraf Ghani.

He said that if the money isn’t released, Afghanistan may soon run out of medicine and many food items, and will have to ration fuel.

"You want to choke off the country, why?" said Mr. Mehrabi. "Twenty years of investment will go down the drain because we don’t like the regime?"

Other prominent Afghan economists disagree. Former Finance Minister Khalid Payenda, who resigned and left the country days before the fall of Kabul, said the only money Western countries should send to Afghanistan is humanitarian aid that circumvents the Taliban. The West should withhold the frozen funds to force the Taliban to adhere to international human-rights standards in their treatment of the Afghan population, he said.

"This is the only leverage the international community has. People will suffer but I hope the Taliban realizes that people might rise up," Mr. Payenda said.

Immediately after the Taliban takeover, prices on basic staples soared. Banks were closed for weeks and once they reopened, the Taliban strictly limited withdrawals to protect the country’s depleting cash reserves. Shipments of U.S. dollars, which used to happen several times a month, have stopped. Compounding the crisis, tens of thousands of young professionals and other educated Afghans fled the country in the chaotic U.S.-led evacuation from Kabul airport last month.

Government employees haven’t been paid for months, and few of them have returned to their jobs. Former policemen and other security officials, in particular, distrust Taliban amnesty promises and many of them remain in hiding.

Some, though, are earning a living by making stark choices. At a busy roundabout in Kabul, Pessar Lai, a former police officer, was busy selling white flags of his former enemy, the Taliban. "There was no other good work in sight," said Mr. Lai, who made the equivalent of $3 to $4 a day selling flags, compared with $150 a month in his former job. "I have to sell flags to earn money for food," he said.

Sitting on the stoop in a shantytown on the slope of Kabul’s TV Hill, named after the antennas sticking out of the mountain like spikes, Baz Mohammad, a former special-forces officer with Afghanistan’s defunct national intelligence service, said he now relied on his older brother to feed him and his family.

"In the past, we ate apples and meat. Now we only eat potatoes, dry bread and tea," Mr. Mohammad said, as a truck delivering water to the neighborhood rumbled past.

The Taliban have yet to formulate a policy to salvage the economy, but they are stressing the need for the international community to resume aid and grant their government diplomatic recognition. So far no country has officially recognized the Taliban’s reinstated Islamic Emirate of Afghanistan as the nation’s legitimate government.

Anas Haqqani, a prominent Taliban official whose brother Sirajuddin, designated as a global terrorist by the U.S., heads the Islamic Emirate’s interior ministry, in a meeting with foreign journalists criticized U.N. and U.S. sanctions for choking Afghanistan’s economy and encouraged the U.S. and other Western countries to reopen their embassies in Kabul.

The one part of Afghanistan’s economy that resumed its activities after the Taliban takeover is the Sarai Shahzada currency exchange market in central Kabul. On the top floor of the outdoor market, elderly men with henna-colored red beards stack crumpled Pakistani rupees by their feet. Younger men carry leather suitcases full of crisp dollar bills. Customers rush between exchangers to find the best rates.

Among their many functions, Afghanistan’s money exchangers store money for safekeeping and provide traders with bills of credit to transfer funds domestically and internationally through a centuries-old informal system known as hawala. Unlike formal bank transfers and services like Western Union, with their strict regulations, hawala provides a functioning way to move funds in and out of the country.

"We can deal with the world without being part of the global financial system," said Haji Dad Gul, the deputy head of Sarai Shahzada. But not even nimble money exchangers can do much about a shortage of cash inside the country.

The former government used to funnel between $80 million and $90 million into Sarai Shahzada every week to stabilize the national currency, the afghani. Now, the Taliban don’t release any funds. Afghanistan has no press to print money, and a shortage of cash may quickly lead to a complete economic collapse, Mr. Gul said.

"You were here for 20 years and spent two trillion dollars. You claimed to want to help the Afghan people," Mr. Gul said, referring to the estimated total cost of the U.S. war in Afghanistan. "Don’t destroy everything just like that," he said.