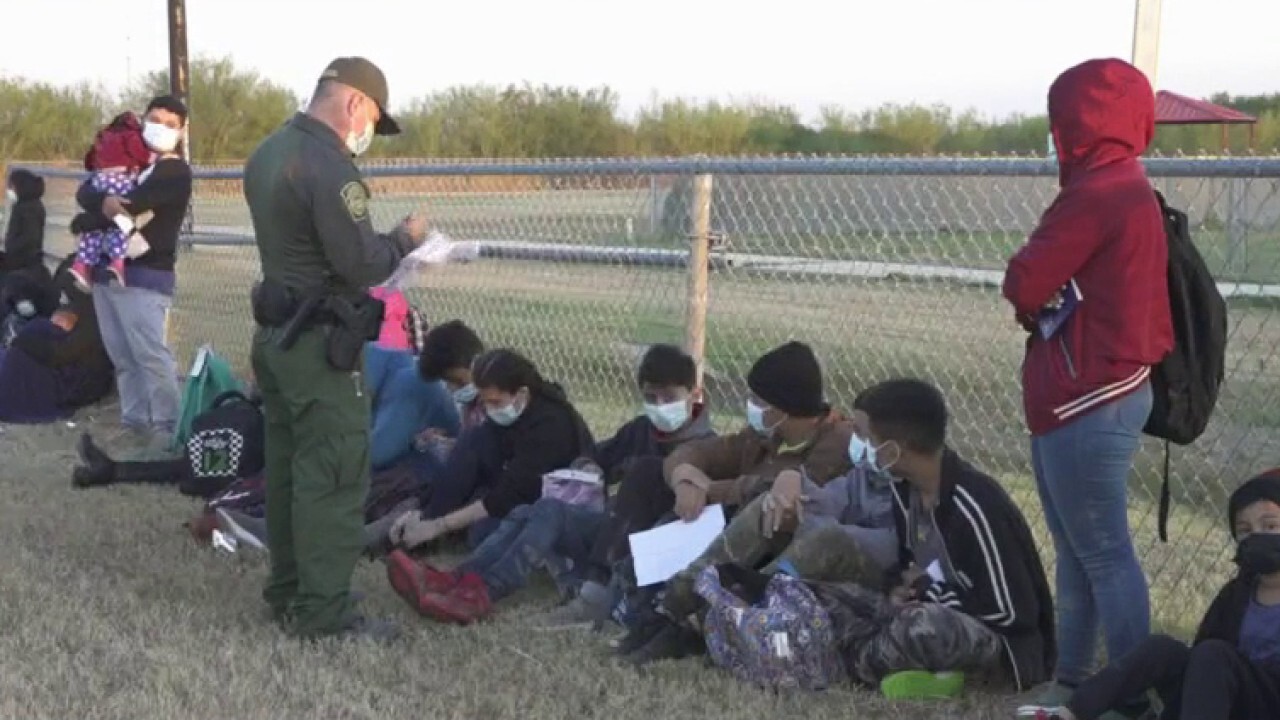 Former DHS acting Deputy Chief of Staff Lora Ries says the Biden admin 'seem to have no regard for American sovereignty, American security' on 'The Evening Edit'

A coalition of 10 states has filed a lawsuit aimed at stopping the Biden administration's mandate ordering health care workers at facilities that receive Medicare and Medicaid funding to be fully vaccinated against COVID-19.

Missouri Attorney General Eric Schmitt is leading the charge on the lawsuit filed Wednesday, which states that the diktat recently issued by the Centers for Medicare and Medicaid Services "imposes an unprecedented federal vaccine mandate on nearly every full-time employee, part-time employee, volunteer, and contractor working at a wide range of healthcare facilities receiving Medicaid or Medicare funding."

Eric Schmitt, Missouri attorney general, speaks during a news conference outside the Supreme Court in Washington, D.C., U.S., on Monday, Sept. 9, 2019. A group of 50 attorneys general opened a broad investigation into whether advertising practices of (Andrew Harrer/Bloomberg / Getty Images)

"Unfortunately, with this latest mandate from the Biden Administration, last year’s healthcare heroes are turning into this year’s unemployed," Schmitt said in a statement announcing the suit. "Requiring healthcare workers to get a vaccination or face termination is unconstitutional and unlawful, and could exacerbate healthcare staffing shortages to the point of collapse, especially in Missouri’s rural areas."

Schmitt, who is running for U.S. Senate, added that his office "has been, and will continue to be, a national leader in challenging the Biden Administration’s illegal edicts, and this instance is our latest effort to push back on this unprecedented federal overreach."

The filing argues that "by ignoring the facts on the ground and unreasonably dismissing concerns about workforce shortages, the CMS vaccine mandate jeopardizes the healthcare interests of rural Americans."

It also claims that the new regulation is illegal on a slew of counts including violating the Tenth Amendment, and notes that the Biden administration itself acknowledged as recently as July that vaccine mandates are "not the role of the federal government."

But since then, the Biden administration has issued multiple vaccine mandates for federal workers, federal contractors, and even private companies, and set a compliance deadline of Jan. 4.

Several states have already filed suit against the Biden administration's OSHA regulation mandating that all companies in the U.S. with more than100 employees must have a fully vaccinated workforce by the deadline or require weekly coronavirus testing for workers who refuse to comply. A federal judge halted that order, and the administration filed an appeal earlier this week.