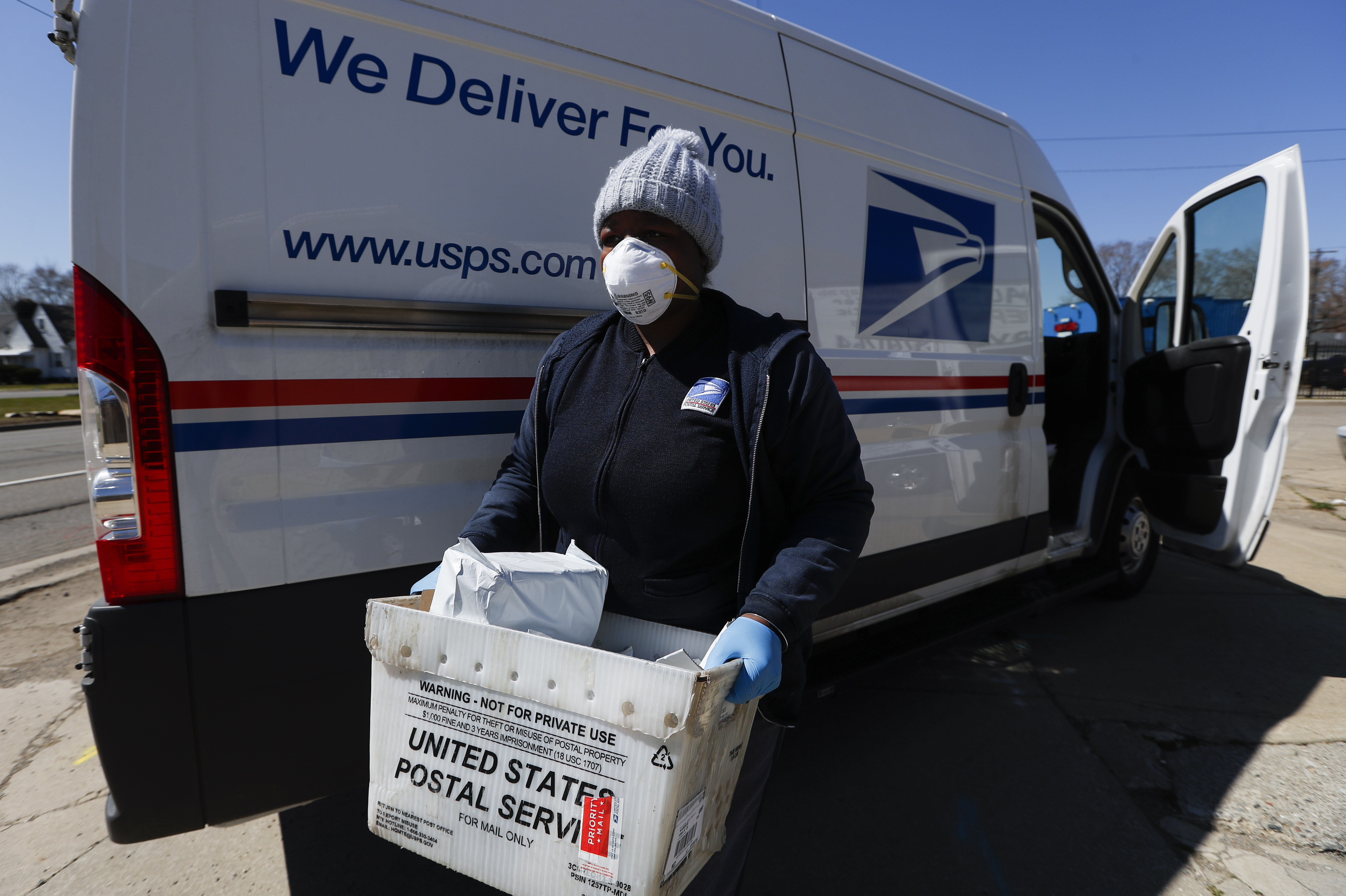 The U.S. Postal Service is reportedly reviewing its package delivery contracts with major shippers like Amazon.

The Postal Service sought bids from consultants to review the fees it charges companies like Amazon, FedEx and UPS to deliver packages, The Washington Post reported Thursday, citing unidentified sources.

COULD JEFF BEZOS BECOME A TRILLIONAIRE?

A Postal Service spokesperson declined to comment on the issue to FOX Business.

President Trump has complained for years about the Postal Service’s finances and its relationship with Amazon. In 2018, he created a task force to examine the Postal Service, saying that it had been making “Amazon richer” while moving toward needing a ‘taxpayer-funded bailout.”

The task force recommended that the Postal Service use a new pricing model without existing price caps.

President Donald Trump speaks with reporters on the South Lawn of the White House on Thursday, May 14, 2020, in Washington. (AP Photo/Alex Brandon)

The Postal Service’s financial situation appears more precarious than ever amid the coronavirus. Some lawmakers have warned the service could “go out of business” by the end of September unless Congress acts to provide financial assistance.

The Postal Service actually saw a $348 million revenue increase during its January-March quarter, thanks to a 7.1 percent increase in shipping and packages. However, the service operated at a net loss of $4.5 billion and officials are anticipating the pandemic will “substantially increase” its losses over the next 18 months due to a decline in mail volume.

In a report last week, the Government Accountability Office found the Postal Service has lost more than $78 billion in recent years as costs have risen and mail volume has declined. Pension and retiree health benefits make up the majority of the Postal Service’s unfunded liabilities, and the report recommends that Congress should consider how much the service should be responsible for its own financial self-sustaining and what laws it could change to help the service.

A USPS postal worker loads a truck parked in on the street in New York City. (iStock)

Trump has continued to seek pricing changes. Last month, the president said he wouldn’t sign a $10 billion loan to the Postal Service unless it raises prices. Congress had approved the loan as part of the massive coronavirus stimulus and relief package.

Analysts have warned that price increases could end up undercutting the service by pushing companies to instead invest in their own delivery infrastructure, the Post reported.

However, Trump may find a friendly audience at the Postal Service for his proposed changes anyway. Its governing board is stocked with his appointees, and the soon-to-be postmaster general, Louis DeJoy, is a GOP donor who led fundraising efforts for the 2020 Republican National Convention, Reuters reported.