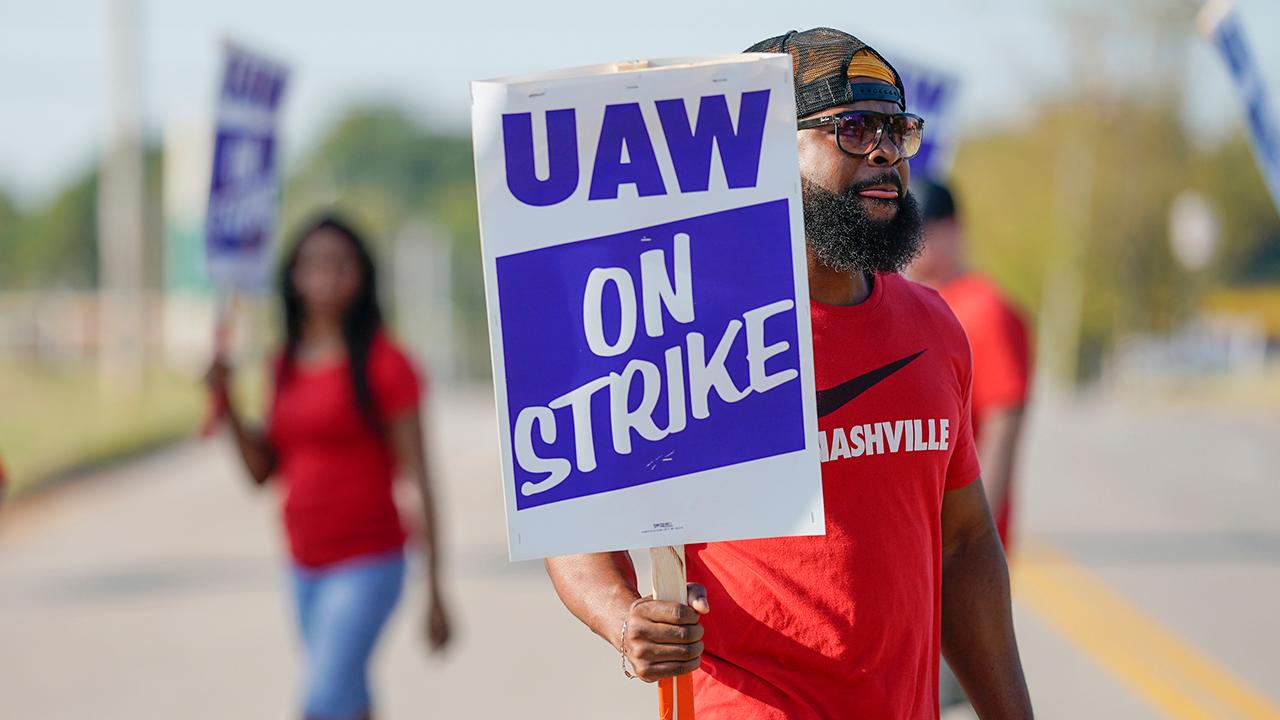 Mackinac Center Director of Fiscal Policy James Hohman discusses the economic toll of the General Motors strike in the battleground state of Michigan.

Hourly General Motors autoworkers will see a significant infusion of cash into their bank accounts on Friday thanks to ratification bonuses included in the United Auto Workers-GM contract agreement that was sealed in October.

UAW members were promised hefty sums to offset the cost of the recent 40-day strike: $11,000 for permanent GM employees and $4,500 for temporary workers.

Union dues and taxes will eat into those amounts, however.

UAW members did not collect paychecks during the strike. Instead, they received $250 a week in strike pay from the union until the UAW board bumped it up to $275 a week.

Local 598 Flint Assembly worker Dawn Dekalita cheers after a bell she was bringing broke as members celebrate outside of Flint Engine South in Flint, Mich., after UAW ratified their contract with General Motors marking the end of the strike on Friday

The ratification bonuses are unusually large but accompany a deal that worries many GM employees: Three U.S. plants will stay closed after some hoped a union-GM deal could mean reallocation.